“Why can’t we do this every weekend?” asked Leighann Lord, comedian and sometimes co-host of Neil deGrasse Tyson’s StarTalk Radio podcast, as she opened the first day of lectures at the ninth annual Northeast Conference on Science and Skepticism (NECSS). It was Lord’s first emcee gig for NECSS, and the meeting’s first time at midtown Manhattan’s Hotel Pennsylvania, thanks to a fire that scorched the usual rooms at the Fashion Institute of Technology (FIT) just days before the conference was set to begin. But not even an “act of God” could keep a full day of Science-Based Medicine talks from kicking things off on Friday, June 30.

Making connections with people became the theme of the weekend, as opening speaker David Gorski (aka Orac) told the sad story of Somali immigrants in Minnesota who were convinced by discredited anti-vaccine doctor Andrew Wakefield to forgo their MMR shots and were then blamed by anti-immigrant voices when they got sick. 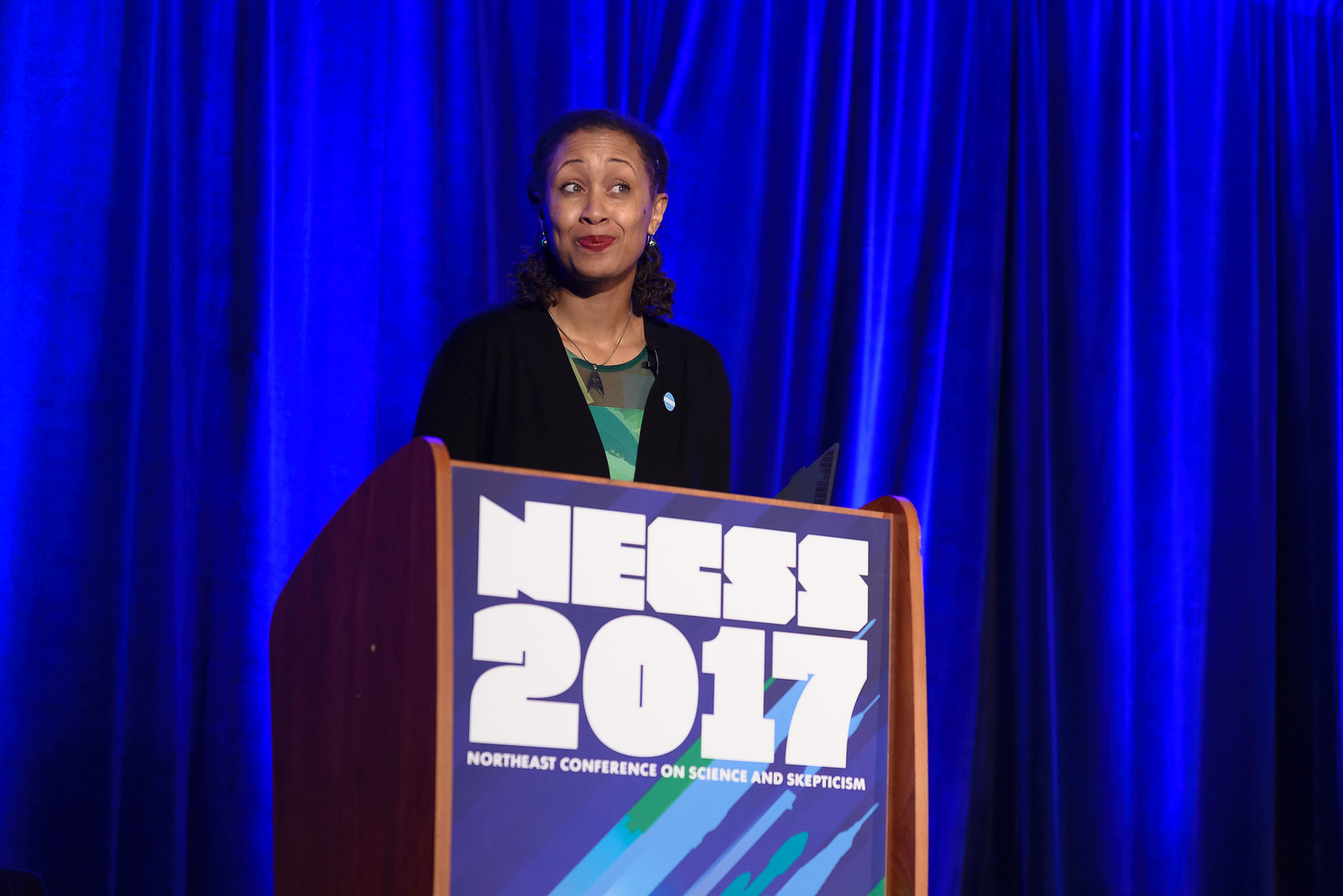 Lord’s instant connection with the crowd of over 300 people shown through not just in person, but on social media during the entirety of the conference, as she took notes and knew just when to interject with a poignant quote or a laugh, when needed.

“I was an anti-vaxxer at one point,” Lord said after Gorski’s presentation. “In my defense, I was three years old.” 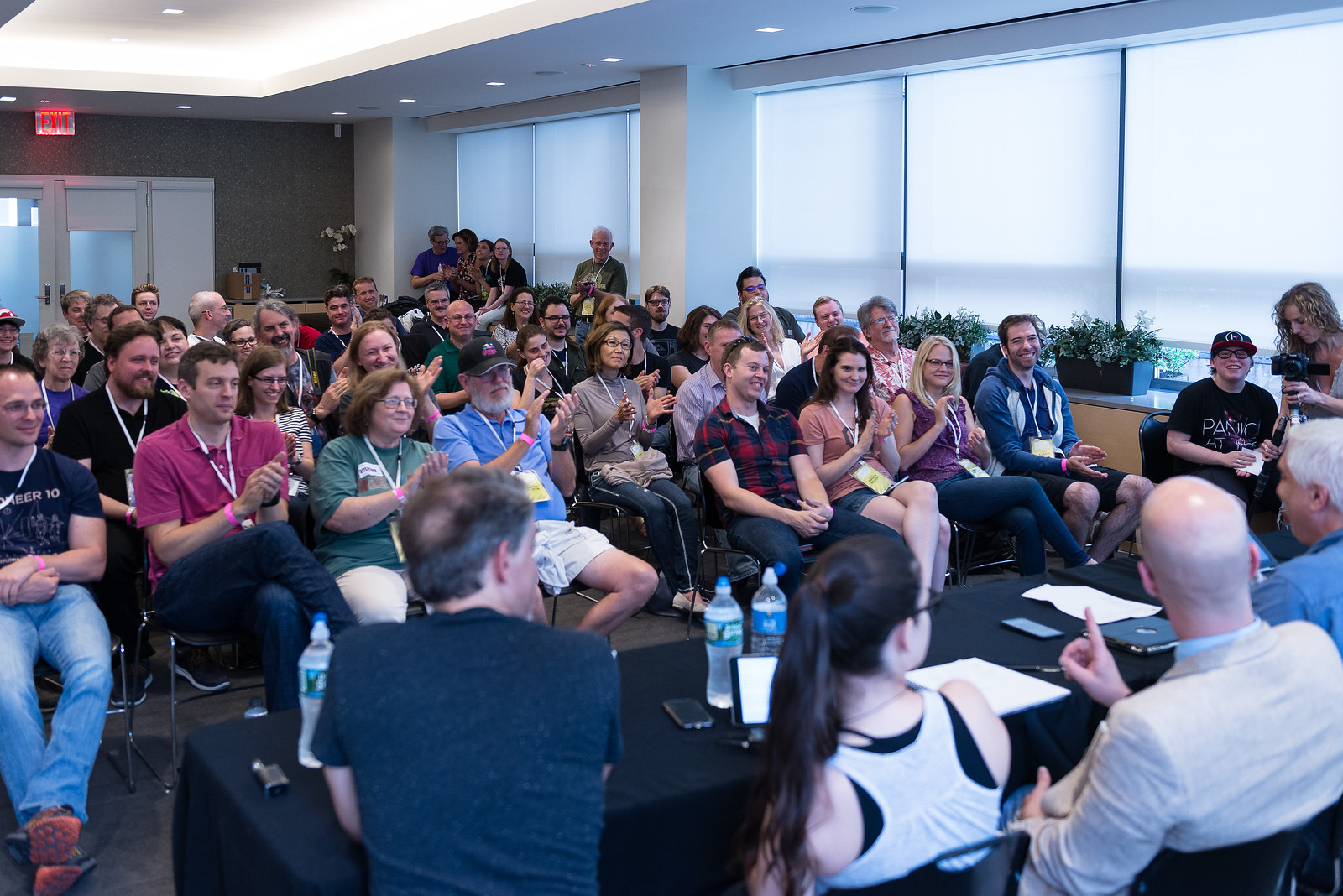 Other Science-Based Medicine talks included Harriet Hall on statin denialists, Clay Jones on folklore in pediatric medicine, and Steven Novella on overly hyped neuroscience, but the most compelling lecture for many came from former naturopathic “doctor” Brit Marie Hermes. She herself questioned that nomenclature, after realizing she treated sick people in Africa and elsewhere with ineffective remedies. She feels guilty now, but that only makes her more driven to expose the practice.

“Now that I know better, I want to do better,” Hermes said.

“If you all can accept me, a former quack, than this community can do anything." – @NaturoDiaries #NECSS #skepticism pic.twitter.com/VZofphX0Gc

The focus on making connections actually began the previous day, which featured interactive workshops between presenters and conference attendees. Longtime skeptical activist and former Air Force pilot Steve Lundquist used his own UFO sighting as a way to relate to believers and to show that anyone can be fooled. Physicist Brian Wecht and Skeptics’ Guide to the Universe cohost Jay Novella led an entire workshop on the art of conversation as a way to engage with those with whom we disagree.

But there was plenty of fact amid the emotion, when NECSS returned to a non-charred section of FIT for its Saturday and Sunday lectures. Science communicator Summer Ash gave a “universe appreciation” talk on the things in space we can’t see with our eyes; NASA climatologist Gavin Schmidt spoke on scarier, earthly matters; and former astronaut and Big Bang Theory guest star Mike Massimino split the difference and delivered some sound advice from his time in the sky. 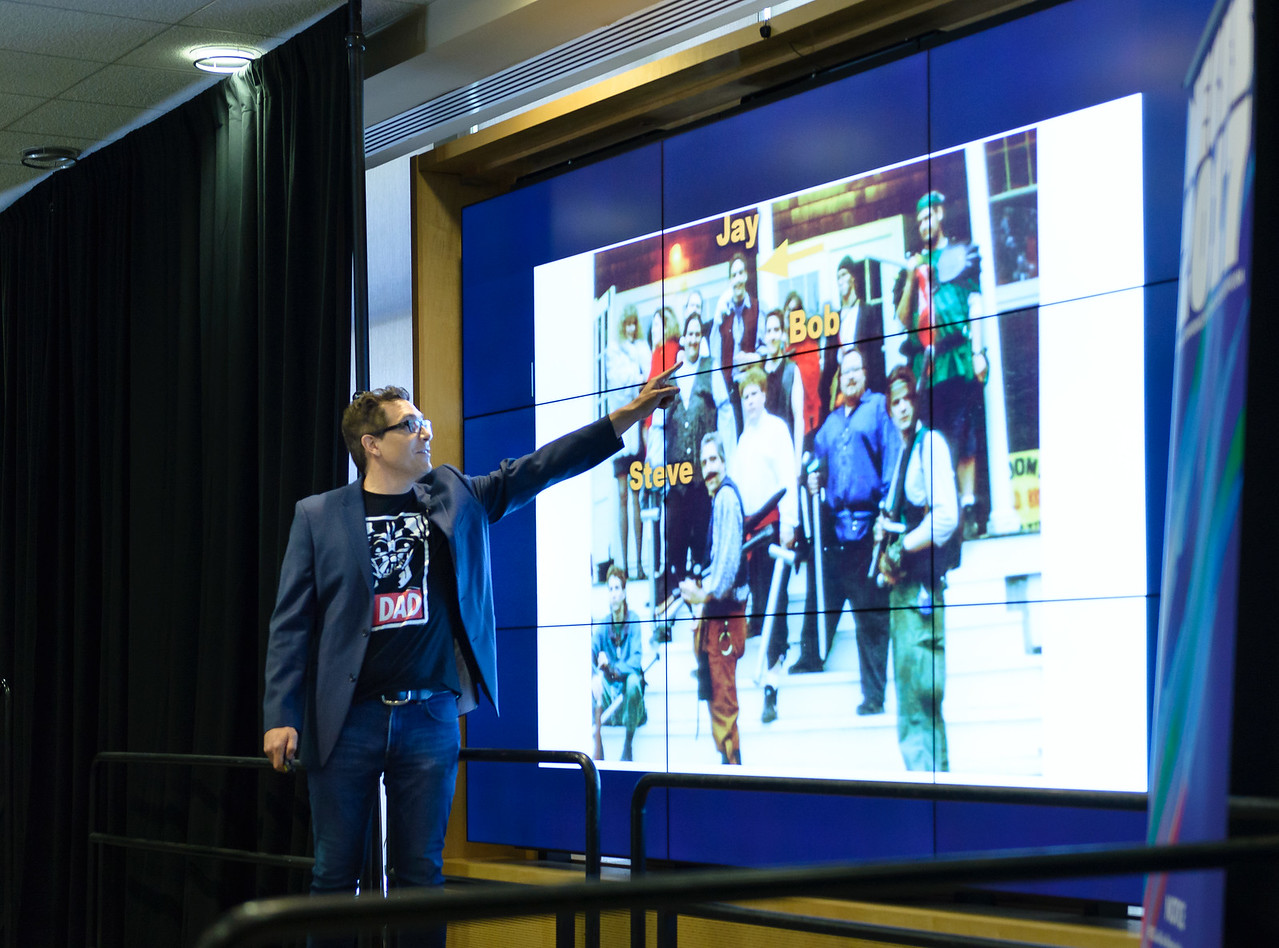 “No matter how bad a situation is,” Massimino said, “remember you can make it worse.”

Massimino was able to take the same Snoopy doll he played astronaut with as child into space with him.

It’s a mantra that even applies to skeptics, as a panel discussed the merits of the recent “conceptual penis” hoax perpetrated by Peter Boghossian and James Lindsay, in which the pair successfully published a fake paper in a peer-reviewed gender studies journal. Skeptic Zone podcaster Richard Saunders and philosophers Massimo Pigliucci and Skye Cleary wondered what the motivation of the exercise was, as it’s already known that referees (in any field) can’t check all of a paper’s references and that most studies end up being irrelevant and never referenced. Moderator Wecht likened the hoax to “punching down,” but Cleary put a finer point on it.

“It was mean-spirited, taking aim at a relatively new field,” Cleary said.

Other highlights of NECSS 2017 included a panel called “Journalism in the Age of Alternative Facts and Fake News,” with contributors Helaine Olen (recently) of Slate, Nina Burleigh of Newsweek, Snopes managing editor Brooke Binkowski, and moderator John Rennie, which received the conference’s only standing ovation—on a Sunday afternoon, no less!

The biggest attraction for veteran skeptics may have been the special, standalone “Evening with James Randi” event, which was open to the public and drew a crowd upward of 600 people. The legendary figure showed he’s still got it by performing an escape trick and “overdosing” on a homeopathic remedy, but he made educating the younger generation the focus of his presentation. Randi continued this thought on a Sunday panel led by entertainer George Hrab that asked what a “skeptic coming of age ceremony” would look like, when he recounted the wonder he felt as a child upon learning that to look at a celestial body, due to the finite speed of light, was akin to peering into the past.

NECSS is produced by the educational, not-for-profit organizations New York City Skeptics and the New England Skeptical Society. The Skeptics’ Guide to the Universe and The Society for Science-Based Medicine are also major sponsors.