Rationalism and Rebuilding at the Christchurch Convention, 2011

The New Zealand Skeptics convention was held August 26–28th at the University of Canterbury in Christchurch, with a program featuring topics familiar and dear to many skeptics. Yet it was also one of the most challenging conventions I’ve ever attended. 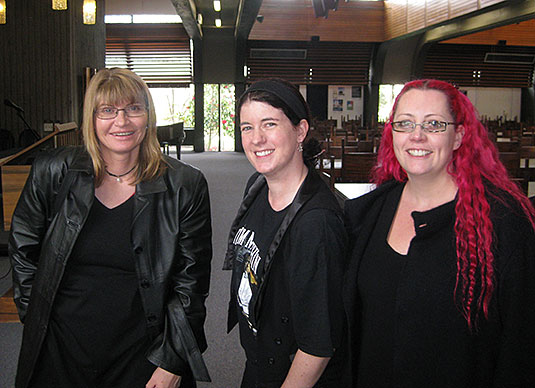 Around 150 conference-goers listened to lectures on investigating paranormal beliefs, presentations about irrational ideas, and discussions of how podcasts can help promote critical thinking—not unusual fare for such a convention. However, out of all the skeptic events I’ve attended (and there have been many), this was the first that discussed the recovery and ramifications of pseudoscience on a city still under siege by earthquakes—a city that was the venue for the conference itself.

The Thursday before the conference began, I stood on the curb of Oxford Terrace looking into the Red Zone of Christchurch and found myself thinking about my last trip to New York City. That was back in 2008, and I’d gone to the World Trade Center site with tour guide Mark “Gravy” Roberts. This is a man who (according to the Phoenix New Times) is “The Obi-wan Kenobi of debunkers” when it comes to 9/11 “Truthers.” He’d challenged the Loose Change misinformation campaigns for many years, not only on the site itself but also through his Google Pages website “wtc7lies” and numerous media appearances.

When I travel to places like New York, I usually make short documentaries that I put on YouTube, but this time I turned off the camera and quietly held the hand of my best friend as we looked at the rebuilding of the city center. It somehow felt very wrong to record there, even though I was with “Gravy,” who clearly didn’t mind taking us through the World Trade Center area.

Of course, Christchurch in 2011 doesn’t compare to the site of the Twin Towers in 2008. Yet I still felt the same sadness, the same nausea. Although celebrities like Russell Crowe, Prince William, and Australian Prime Minister Julia Gillard have all been through the Zone, I was uncomfortable just being outside the fences surrounding the devastation.

If any readers have been to Christchurch’s Twisted Hop pub on Poplar Street in order to attend a skeptical event or tour, I have some sad news. The pub sits, seemingly undamaged, right next to collapsed buildings. Rumbles of machinery and sounds of toppling cement echo throughout the Zone and beyond, with damaged roads and disrupted services extending well out into the suburbs and hills surrounding Christchurch.

I nearly didn’t make a short film about the tour I was being given, but I was greatly comforted by the presence of my friend Gold, who is the chair-entity of the New Zealand Skeptics. He has lived through the earthquakes and lent a hand to rescue and salvage, wading through the liquefied soil—the grey fine-grained mud that still covers the roads and buckles the pavements with massive boils. The footage is featured on the Token Skeptic podcast along with audio from the convention itself. 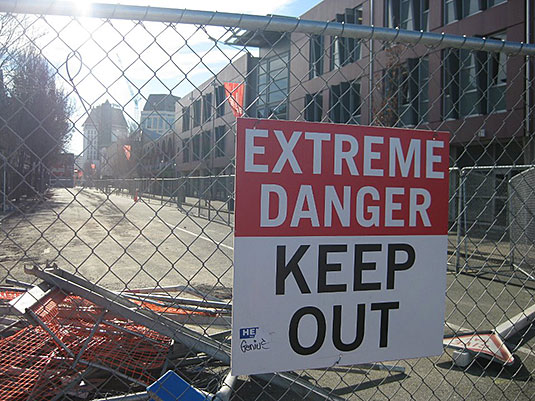 This was Gold’s first return to the city since the earthquakes of February and June 2011. As we walked along the fences that surrounded the no-go Red Zone streets, he talked about his memories of Christchurch and the importance of continuing to contribute to the city by holding the 2011 New Zealand Skeptics convention there. We also discussed what led him to take on the role of chair-entity for the New Zealand Skeptics.

Gold: I have what seems to be the typical story these days. I discovered the Skeptic’s Guide to the Universe podcast and was surprised and entertained to find there was a name for the way I thought. I began absorbing all the science and skepticism podcasts and blogs I could find. At this point it was early 2000 and I was living in and around Sydney, Australia. It wasn’t until I was back in New Zealand that I actually started doing anything with [the skeptic community], though.

I founded the first New Zealand Skeptics in the Pub in Christchurch in May 2009 and despite having suffered the loss of the Twisted Hop (the regular venue) to the quakes, and [despite] my move to the city of Wellington, I’m pleased to say that the group is still going strong.

I’ve also been the catalyst for four other groups so far: working down the country we have Auckland, Palmerston North, Wellington, Christchurch, and Dunedin. Hamilton, a city in the North Island, is currently in the works. So far I’ve managed to get to the first gathering of each group too and it’s a trend I’m going to do my damnedest to continue. 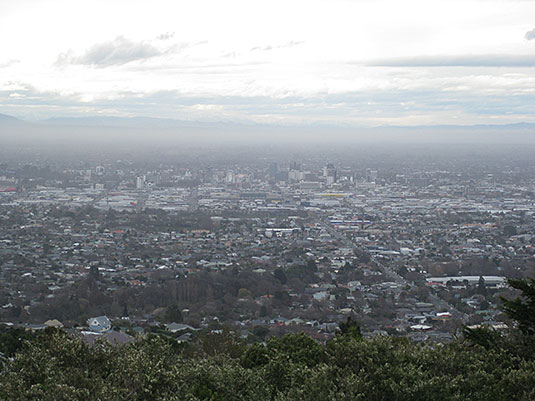 Kylie Sturgess: Why choose Christchurch as the site for the New Zealand conference? Were there doubts or suggestions to change it due to the earthquakes?

Gold: Well, New Zealand is made up of two main islands; the North Island held the last two conferences and [most] of the committee were living in Christchurch. Dunedin, another major center (by New Zealand standards), has it next year. After the initial September 2010 quake the venue was fine and we didn’t see any reason to change things. After the February 2011 quake things had progressed too far to change plans and at that point the venue was still standing and sound.

While the question of moving the venue was raised, those in the area were reporting that things were okay with the venue (having checked it out and seen the structural reports). I think there may have also been a little defiance towards Ken “Moonman” Ring, our local weather and earthquake “seer.”

Kylie Sturgess: This year there was an interesting mixture of topics. Mark Ottley gave an excellent breakdown of Sam Harris’s book The Moral Landscape and its application to clinical psychology and psychiatry; Mark Quigley discussed scientists’ role in educating the public about earthquakes; and Michael Edmonds talked about the International Year of Chemistry and its application to understanding pseudoscientific claims. What do you think skeptics look for in a conference and does New Zealand’s emphasis differ?

Gold: Skeptics come from all sorts of backgrounds and have all sorts of interests, but I think one thing that could be said is that we all have the same interest in honest and accurate answers to questions regardless of what the question is. I think one of the things that encourages a new person to [attend] a conference is the chance to meet like-minded people and possibly meet online “friends” for the first time. One of the things that makes someone a regular on the scene is that ongoing opportunity to catch up with friends and make new ones. The speakers are also an important part. My experience with conferences of this sort is that the speakers are very approachable and while held in high regard rarely are put on—or wish to be put on—a pedestal.

As for some of the topics at the convention, we’re a country that takes pride in its landscape and (clearly!) we’ve just had a couple of major earthquakes! At the moment there is some controversy over pest control methods and Ken “Moonman” Ring has had too much air time to spout his bizarre hypothesis that the moon has any influence on earthquakes. Apart from that we tend to have the usual gamut of “mainstream” crackpots and we do our best to challenge them where we can.

Kylie Sturgess: Overall, does New Zealand skepticism differ greatly from what you’ve seen in other countries?

Gold: To an extent I think it does differ; while we have our charlatans that do the rounds of personal appearances and television shows (e.g. Sensing Murder—sorry, that’s a New Zealand program of ours!) for the most part we don’t seem to be hit that hard by the purveyors of woo-woo. We have our anti-vaccination groups, but nothing on the scale of Australia’s Meryl Dorey or America’s Jenny McCarthy. We have our psychics, homeopaths, and UFO and New World Order proponents, but while they’re around there aren’t a lot of them and their supporters couldn’t hold their end of an argument if their life depended on it. One thing we seem to be missing is the cryptozoologists, or at least their local subject matter.

Having said this, I live the larger portion of my skeptical life online and compared to other countries we make very little noise down here. I don’t watch broadcast television or listen to the radio so I rarely see local news unless it makes it into my feeds. 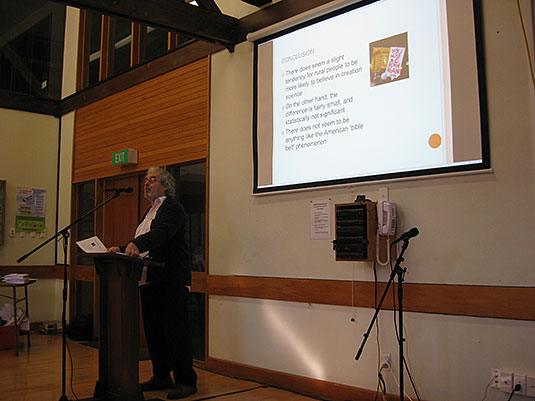 Kylie Sturgess: Martin Bridgstock and I were fortunate enough to present on the future of skepticism, along with (respectively) research on paranormal belief in Australia and current work in podcasting. How do you view the future of New Zealand skepticism after this conference? What other projects are on the horizon?

Gold: Until a few years ago the average age within the community was quite a bit higher than it currently is. Peter Hyde attributes this to the New Zealand Skeptics in the Pub groups and the number of young people entering the fold. For the foreseeable future I’m seeing outreach as an important part of the society. We’re currently exploring options including prizes at the National Science and Technology Fair and our own paranormal challenge, and I’m hoping to find someone to step up and start a local round of SkeptiCamps (which was something Martin Bridgstock discussed during the convention).

Personally, I want to get a couple of Skeptics in the Pub groups off the ground and I have a sponsored walk planned for early next year. At the end of the year Te Araroa (The Long Pathway) should be completed. It’s a trail that runs from one end of the country to the other. I’m looking at having sponsorship go to one of three options; the Christchurch Earthquake Appeal and the New Zealand Skeptics Society are the first two. The third is yet to be determined. I’m also hoping to get some major sponsors on board that will match the smaller sponsors’ contributions but go towards the Christchurch Earthquake Appeal.