The problem with global warming is that most of the really bad stuff will happen to other people in the future. True, some of those people might be our children or grandchildren, but they are other people nonetheless. Furthermore, some of the worst effects will be felt by people in developing countries in other regions of the world.

It is difficult enough to get people to cut back on French fries, floss their teeth, or stop smoking—all of which have more direct effects on their lives—and much harder still to convince people to take immediate action for the benefit of other people in the murky future. Despite the fact that many of us think curtailing global warming and preserving life on Earth are worthy goals.

Recently, the editors of Perspectives in Psychological Science put out a call for scientists to write articles aimed at important contemporary problems. The articles were to be written in the form of a “Memo to the President,” in which they would summarize the best behavioral science solutions for these problems and propose example policies that might follow from these “best practices.” Sander van der Linden of Princeton University, Edward Maibach of George Mason University, and Anthony Leiserowitz of Yale University took on the thorny task of getting people moving on climate change.1 In particular, the authors identified five best practices for promoting public engagement with this important issue.

Recent research suggests that one of the best ways to increase people’s sense of urgency about climate change is to appeal to experiences rather than just charts and statistics. A 2014 study by van der Linden showed that people who had experienced extreme weather events also thought the risks of climate change were greater. The implications of this and similar studies are that, in addition to other approaches, environmental campaigns should emphasize the increasing intensity of extreme weather events, such as the California drought and recent hurricanes.

According to current psychological theory, our decision making involves both an intuitive, experiential processing system and a rational, deliberative system. In the case of climate change, appeals to reason alone are not as effective as those that highlight direct experience. 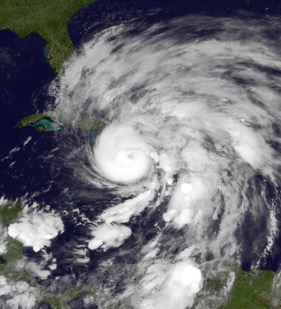 Humans are social animals, and we are constantly checking out what others are doing. The behavior of other people informs us about what is normal and provides a model for our own actions. Unfortunately, when it comes to the general public’s attitude about climate change, the norm is not as useful as it should be: only about half of Americans consider it a serious problem. So, until that statistic improves, it might be better to emphasize international polls showing strong majorities concerned about global warming. For example, a twenty-one-country BBC poll found that 79 percent of respondents believed that climate change was caused by human activity.

Similarly, the scientific consensus on global warming is very high, with several peer-reviewed studies showing 97 percent or more of scientists saying that global warming is real and very likely due to human activity.

Social norms also can be effective when it comes to individual action to save the planet. As van der Linden and colleagues point out, “When people are informed about the average energy consumption of their neighbors, they tend to adjust their own use to conform to the group norm” (p. 760). As a result, policies promoting energy conservation as normal pro-social behavior are likely to produce positive effects.

People and events far away have less impact on us than things nearby, so efforts that point out local and regional effects of climate change will be more influential than those aimed at distant places and times. For example, people who live in coastal areas are often impressed by maps showing the projected effects of global warming on sea level changes in their areas. In addition, it should be pointed out that, although the most dramatic effects of global warming will be seen in the future, sea-level changes are already underway, affecting local flooding and storm surges. 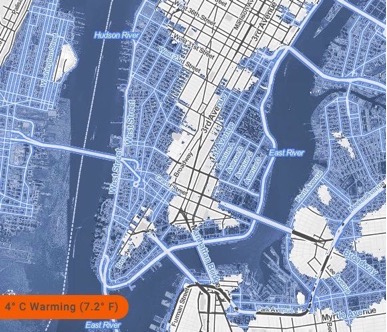 Projected effect of a 4º C increase in average temperatures on lower Manhattan and Brooklyn. Source: sealevel.climatecentral.org.

We have a natural psychological tendency to distance ourselves from any potential threat. When it comes to taking action to prevent climate change, this kind of distancing can be combatted by identifying local, achievable targets for emissions reductions. It is often said that all politics are local, and, similarly, the most powerful forces on our behavior are near at hand. If we hope to motivate people to action, we cannot overlook the potential for local influence and change.

When it comes to paying for climate change, we face a sticky problem. One of the most important findings of behavioral economics is that people hate paying. Not only do they hate paying, but they hate paying even more than they like receiving money. Avoiding a possible loss of $100 is far more important to most people than the possibility of gaining $100. Worse yet, in the case of global warming, the paying comes now, and most of the benefits come much later—probably after we’re dead. As a result, there is a great reluctance to pay more for cleaner energy. Many people want to help the environment, but the pain of immediate financial loss is a substantial hurdle.

Fortunately, in addition to identifying the problem, behavioral economics provides a solution. In most cases, people think of payments as an immediate subtraction from their current wealth. But research on employee savings plans has shown that when contributions to Individual Retirement Plans are framed as reductions in future raises—rather than losses—people find it much easier to save. Employees are more willing to commit a portion of their next cost-of-living increase to retirement savings than to put money away now. 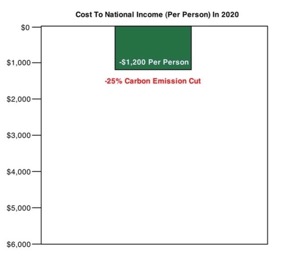 In a recent study published in PLoS ONE, a group of Australian researchers tested framing effects on the willingness of people to contribute financially to diminished emissions in the future.2 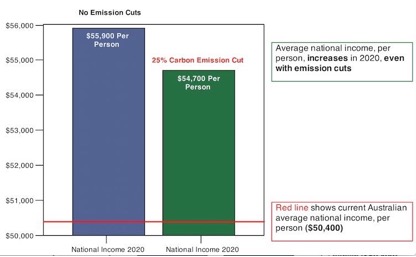 Figure 2. A 25 percent emissions cut framed as reduction in future gains. The graphic makes it clear that incomes will continue to rise, with or without investments in emission cuts. (From Hurlstone et al. 2014)

Framing effects like this one and other principles from the new field of behavioral economics have great potential to help us nudge people in the direction of environmental action. 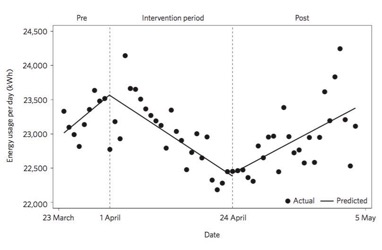 Figure 3. Energy usage before, during, and after a conservation competition at Princeton University in 2014. (Source: van der Linden, 2015)

Recent research suggests that campaigns employing extrinsic rewards, such as monetary incentives or contests, are less effective than those emphasizing the intrinsic benefits of environmental action. It turns out that—like many forms of altruistic behavior—doing something good for the environment creates a warm glow.

In a recent experiment conducted by Dutch researchers, participants were randomly assigned to different feedback groups. One group was told they had a smaller environmental footprint than their peers (i.e., they used less energy). Another group was told they had a larger environmental footprint. The group that was led to believe they were environmentally virtuous reported the room they were sitting in felt significantly warmer than participants who were told the opposite. The actual room temperature was the same for both groups (68º F), but those who thought they were helping the environment said that the room felt warmer.

Another recent study conducted at a gas station in the United States found that, when offered coupons for a free tire pressure check, drivers who saw an appeal stressing the environmental benefits of tire inflation were significantly more likely to take coupons than those who saw appeals stressing either fuel economy or safety.

In general, these studies suggest that highlighting the intrinsic, feel-good rewards of saving the planet is a more productive and sustainable strategy than using external rewards.

Scientifically-minded people often think that logic and evidence ought to be enough. We rail at those who employ sophistry, bogus arguments, and emotion to support their claims. We assume that simply showing people the data will convince them to do the right thing.

But life is rarely that simple. People have conflicting motivations, biases, and varying degrees of faith in science. What seems abundantly clear to one person may need to be presented in a very different way to another. Fortunately, psychological science provides some guidance on the best ways to move people to action. None of the methods outlined by van der Linden, Maibach, and Leiserowitz involve lying or the use of logical fallacies to convince people. The evidence is still the evidence. But whenever you argue for climate change or any other good cause, you make a number of decisions about how to present the material, how to reward the people who follow your lead, and how to encourage other people to join your effort. Planning future environmental campaigns with these best practices in mind should help make them more effective.