The idea that animals have the potential to talk is an alluring one; from the mathematical stunts of Clever Hans to investigations of parrots, dolphins, and chimps—just look at viral BBC footage of a gopher yelling “Alan.” It’s interesting, exciting, and even cute—but is it really true that animals have language? 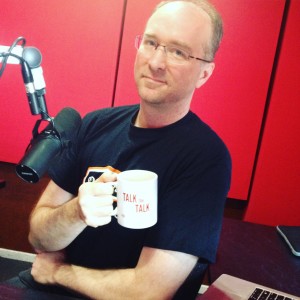 After the recent passing of Koko the Gorilla, I spoke to Daniel Midgley about the hopes we have about being the next Dr. Dolittle and just how realistic those hopes are. Daniel is a lecturer in applied linguistics at Edith Cowan University and at the University of Western Australia, as well as a presenter on the popular language podcast Talk the Talk.

Kylie Sturgess: What are the requirements to have language—by which I mean what must you demonstrate as a creature to be shown as having language as opposed to just doing basic communication? What’s the difference?

Daniel Midgley: I’m glad that you mentioned that there’s a difference between language and communication, because there’s a lot of ways to communicate stuff but not all of them are language.

Sturgess: … I mean there are clicks and whistles and gestures. Waving feathers and things like that after all …

Midgley: I could draw something in the dirt and that would be a symbol to represent something else, but that’s not exactly language. The question is what is language. I think it does involve using signs to refer to other things. If you are a Chomskyist generativist (which heaven forbid you be!), you might say something like, “A thing is language … a bunch of symbols are language if they go together in a certain order.”

Sturgess: One of the big challenges I’ve heard is “just because we don’t understand an animal’s ‘language’” (and I’m using quote marks around language!), or because we are not the same species, means we can’t dismiss that they have language at all. “It is language, but not as we know it.” How valid is that claim in your opinion?

It is very appealing though. People really like the idea that maybe whales, dolphins, horses, or…

Sturgess: People are always saying, “My dog understands me. My cat and I have a language that we understand.”

Midgley: I’m sure that we do. I’m sure that your dog does understand you! But once again, language is not the same as communication. Complicating this is the fact that we sometimes use the word language ambiguously, like we talked about. “The language of flowers” is sometimes said—when in fact, yes, flowers can represent something, but do we do the same kinds of things with flowers that we do with our words? Well, probably not!

As linguists, we like to keep things a little bit tighter. We like to tighten up that definition a little bit and not just say “Ah yes, body language is a kind of language … .” Well, is it syntactic? Is it productive? Can we break it down and build it up? Is it representational? Those kinds of things are what we would want to see.

Sturgess: We had the sad news recently of the passing of Koko the gorilla. Koko the gorilla is an interesting case and probably the most famous pop culture example of an animal communicating via a large number of hand signs from a modified version of American Sign Language. Just how influential were these studies?

Midgley: These studies about apes and language and gorillas and bonobos, and even an orangutan—they have been enormously influential in people’s minds. People really like the idea that a being from another species could learn to speak human language. It captivates people’s attention. Unfortunately sometimes that means that they are not too careful about looking at this and figuring out whether this is truly language use or is there possibly another explanation.

People typically like these kind of experiments and people have done these kinds of experiments because we are trying to figure out just how human is language. Noam Chompsky famously said that language is uniquely human. I’m not a Chompsky-guy. I don’t think that animals can’t do language because of any dogmatic reasons. I just think that we need to be very skeptical about the kinds of things that we call language, especially when it comes to the primate projects, and when I look at Koko or Washoe or Viki the Chimp or other studies, I always look very carefully and say “All right. Is this communication coming off of their own bat or is there possibly another explanation? Are they being cued? Are they just handing back signs? Are they doing complicated tricks for treats?” These are things you’ve got to watch out for.

Midgley: Well, let me use Koko as an example. Koko was able to apparently use 1,000 signs and was able to understand up to 2,000 words of spoken English.

But when you look at Koko’s output, the one thing that I notice is there’s a lot of interpretation from the human, from her human, Dr. Francine Patterson.

For example, during a chat session with somebody from America online, an internet user asked, “What would you like for your birthday?” Dr. Patterson signed the question to Koko. Koko responded “Birthday. Food. Smokes.” Those three signs. The AOL person responded “smokes?!?”

Sturgess: I could understand that; you don’t give a gorilla cigarettes!!

Midgley: That’s right! And Dr. Patterson jumped in and said, “Well, Smokey is the name for her kitten. She might be referring to that.” Now, I’m not sure about that!

It seems to me that Dr. Patterson might be taking whatever signs Koko gives and then embarking on an elaborate explanation. Not for any dishonest purpose but because you really try. We live in a world that’s full of speaking people. Whenever somebody says a thing, we try to figure out what they meant. We do this unconsciously and very easily.

If someone says “Oh, it’s really hot in here,” you then think “why did they say that? They must have meant something. Maybe they intend for me to turn on the fan or something like that?” We do it all the time. It’s very easy for someone to step in and say “Oh, well they must have meant this.”

At some point it begins to look a bit like what psychics do, where they say “I’m getting an M … I sense somebody from the great beyond … Did you have anybody in your life with an M?” And someone might respond, “Well, my mother’s name, her middle name was Mary,” and that’s seen as a hit or a correct response.

Sturgess: “There’s someone here who eats food and drives a car!”

Midgley: Yes, and it becomes an exercise in projection and wish-fulfilment. The facilitated communication cases are especially sad … and I think it shares a lot of elements with this, the interpretation and stuff, because you get a message or you have an impression and then you could just filter anything that you get from either the gorilla or from the handicapped person into what you want it to be.

I’ve often heard that with facilitated communication we don’t get anything about what the handicapped individual really wants or wants to communicate. We are seeing the facilitator doing their thing. I really think there are some strong parallels there, at least from the Koko chat data that I’ve seen.

Sturgess: Finally, with the passing of Koko, what’s next for studies in this field? Do you think it’s likely to continue if not with primates, maybe other creatures? Maybe there might be animals with language on the horizon, we just haven’t met them yet?

Midgley: I don’t think that they will because I feel like the field has been narrowing down ever since Herb Terrace did a scathing review of what was going on, especially with one chimp, “Nim Chimpsky” (his name is a great in-joke). We’ve seen the loss of lots of animals. There are hardly any left. Washoe passed away. Dar passed away recently. Now Koko. There’s only one team that I’m aware of left still doing anything and that’s Kanzi and Panbinisha with Sue Savage-Rumbaugh.

There are some interesting insights to glean, but I think maybe we’ve learned everything that we can from teaching apes and primates to use human language. I would like to see more work studying the kinds of utterances and calls and communication that they do spontaneously with each other in their own setting. There’s some really interesting stuff there we’ve found that vervets can lie … .

Midgley: Yes, if they are in a fight and one vervet looks like he’s going to lose, he can give an eagle call. The one that says “Look out. There are eagles!” Then they all scatter, and he doesn’t have to get beaten so badly.

Sturgess:I know that they’ve discovered chimps can play jokes where they would beckon a child close to the cage in the zoo and on the other hand they are defecating and then they throw it into the children’s faces.

Midgley: Chimps are gross! Another study shows that apes signal their intentions. Sometimes they’ll give a booming call almost as if to say “I’m going over there.” Then within 12 to 18 hours they will go over there. This is repeatable. What does that tell us? Well, that tells us that there’s intentionality. That they are able to give vocalizations that are intentional to communicate future plans. That’s super language-y and that’s really cool.

Also, gibbons I believe have shown that they can take two of their signals and put them together in a way that doesn’t just mean a combination of the two signals. I forget what it actually means but if one says “Look out” and the other one says “Eagle.” You put those two together and it doesn’t mean “Look out there’s an eagle,” instead, it means something totally different. That’s really cool and I’m fascinated by that.

I don’t think that the line between human language and animal communication is that stark. For Chompsky it is that human language is a qualitatively different thing, but I tend to think of it more as quantitative. We share a lot of the neural hardware that our ape friends do. They are able to do certain language-y things. Those are strategies that they use to get across their meaning. And we use different strategies to get across our meanings. In some ways they are more complex and in some ways we are kind of the same. We can see that apes make little inroads in little ways, and that’s interesting to study.

Daniel Midgley’s work can be seen on talkthetalkpodcast.com and danielmidgley.com.

The Rubik’s Cube is the most popular twisty puzzle. Learn how to solve a Rubiks Cube with this easy tutorial.