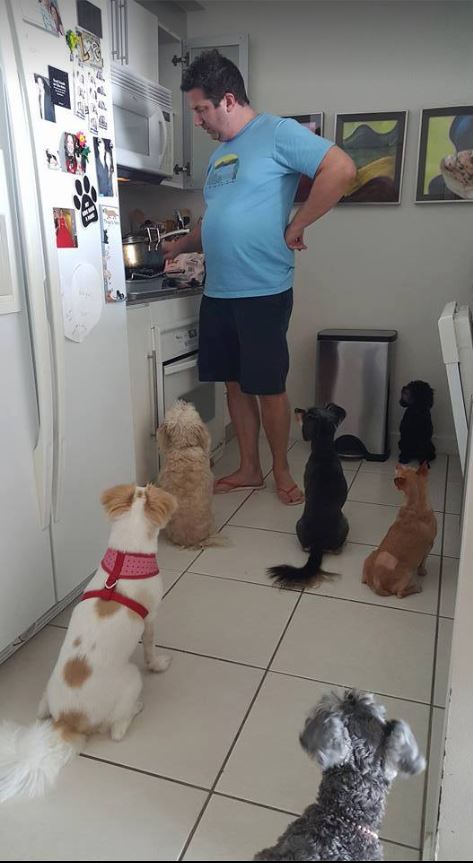 Susan Gerbic: Joseph, it’s so nice to meet you. I think this is your first CSICon; I should warn you that this will be a blast. People are very friendly, and they ask great questions. Also, there is a Halloween party to prepare for; the theme this year is pajamas. Oh dear! I see you have a PhD in political science from the University of Arizona and are from the East Coast. Your academic career shows that you have moved around a lot. Please tell us more about yourself.

Joseph Uscinski: I am looking forward to it! I can’t wait to meet everyone and share ideas.

I was born in Connecticut and lived there until 1983 when my family moved to New Hampshire during the big defense boom of the early 1980s. This put me into a weird culture shock because being from Connecticut, I was a Yankees fan. But New Hampshire was Red Sox country. I faced years of torment from classmates. Keep in mind, the Red Sox back then were the biggest losers on the planet, and their fans were terribly angry. Once they started wining in 2004, they went into therapy to deal with the fact that they were no longer losers. Because of this, it’s much easier to visit home now, even though I don’t much.

I went to a very small liberal arts college in northern New Hampshire. I was there for seven years, mostly because I was in a fraternity and partied too much. When I graduated, people made fun of me and said “seven years, you should be a doctor by now.” Just to spite them, I went on to get a doctorate. So, I moved to Tucson where I did my graduate work in political science. After finishing there in 2007, I was hired by University of Miami where I have remained for more than a decade.

Gerbic: Conspiracy theories, oh my! I remember reading about the Lincoln assassination. People believed all kinds of things about that assassination—that Booth wasn’t the killer, that the government was involved, and all kinds of things. I understand that at the time it was difficult to get the story right with word of mouth spreading faster than they could get the paper printed. I suppose the media sensationalized even then. It seemed to me that the problem with conspiracy theories is that it is mostly because of bad reporting. But from what I understand you have a book out with Joseph Parent called American Conspiracy Theories with a different hypothesis: that people who feel like they are losing power in their lives are more likely be believe that “others” are causing the problem and will find someone to blame. Can you tell us more about this idea of “losers”?

Uscinski: It’s funny that you mention the Lincoln assassination because there was a conspiracy to kill Lincoln and a few others. My understanding is that much of the plan failed (except for killing Lincoln), and that is an important lesson: intentions don’t translate neatly into actions, and the even the best laid plans fail. Conspiracies happen, and powerful people are plotting to do evil things right now. But that doesn’t mean that their plans will come to fruition or that they are engaging in the machinations we think they are engaging in. Just as plots fail, conspiracy theorists can be wrong.

Think of the past few decades. When Bush was in office, the country was most concerned about Bush, Cheney, Halliburton, Blackwater, etc…. When Obama came to power, the country focused more on the “fact” that Obama was a secret communist Muslim who faked his birth certificate. Now, we are concerned about Trump-Russia collusion. As power swings back and forth, so do conspiracy theories.

On the other hand, conspiracy theorists can challenge the establishment in a way that becomes degenerative. Think of climate change for example: the deniers don’t have the data, the experts, the published science, or the institutions on their side. They can’t deny climate change by claiming that they have more or better scientists or data on their side. The only way they can compete is with conspiracy theories undermining the role of the data, the experts, the published science, or the institutions. By claiming that the established way of making claims (data and science) is corrupt, conspiracy theorists can change the gamified to favor themselves. This is why, in the U.S., the debate is “Is climate change real?” as opposed to “What should we do about climate change?”

Gerbic: I spend a ton of my time educating people about Wikipedia. One of the things that amazed me most was this notion that “they” are controlling Wikipedia. I’ve heard this from the paranormal community a lot, but I’ve heard this from the skeptic and science community also. Someone tries to make an edit and it’s removed, and I hear complaints that “someone” is trying to shut them down. Usually I can explain that they aren’t following the rules of Wikipedia and although anyone can edit Wikipedia, it does not mean that that edit will stick. It’s most likely that they did it wrong. It’s so odd that they immediately go to the conspiracy angle rather than that they just don’t know how Wikipedia works. Your thoughts?

Uscinski: Some people see events and circumstances and immediately think that a conspiracy is behind them. Other people don’t. Our propensity to see conspiracies lurking behind every corner is largely determined by processes that occurred during our formative years. People’s worldviews are solidified as they move into adulthood. I will spend most of my talk discussing this.

Gerbic: I understand that in 2015 in Miami you organized the first international conspiracy theory conference. That must have been a blast! It must have been difficult to enjoy yourselves with all the obvious jokes about wearing tin foil hats and about Men in Black being in the audience. Yet this is a very serious topic that we are only beginning to understand. And making fun of people isn’t going to help. Tell us more about this conference.

Uscinski: Studying conspiracy theories is a multi-disciplinary venture. That is what makes it so much fun! Scholars from psychology, philosophy, sociology, communications, political science, economics, and history all have something to say. Getting scholars together from the various disciplines was quite a blast. There are quite a few disagreements and some outbursts. I found out that the line between people who believe conspiracy theories and people who study conspiracy theories is sometimes very fuzzy.

Gerbic: I suppose it only seems like conspiracy theories are more prevalent because of social media? YouTube just a few months ago announced at a conference that they are going to deal with conspiracy theory videos by adding the Wikipedia page explaining why it is nonsense beside the video. Of course, YouTube, this wealthy company, didn’t tell Wikipedia, a completely volunteer organization, anything about it first. What ideas are you championing? Is there hope that we can get this under control?

Uscinski: Conspiracy theories are a natural part of life. Trying to suppress them at the institutional level can have terrible unintended consequences. This scheme could backfire by encouraging conspiracy theorists to start editing Wikipedia more.

Gerbic: Okay, I need to know about this idea that dogs are receiving an immense amount of media coverage. I would believe it about cats, but what is going on?

Uscinski: My coauthors and I studied the effect of having a dog in a news event. That news events with dogs get more coverage in local papers than non-dog events. For example, imagine search and “sniff” cases at the Supreme Court getting more coverage than search and seizure cases. The coverage the article received after it was published attests to its findings: it was reported by the Washington Post, The Atlantic, and the Boston Globe. I think it was the first peer-reviewed political science journal article to be featured on a broadcast nightly news program; it was the subject of a three-minute segment on NBC Nightly News.

Gerbic: So, I have to ask, what is your favorite conspiracy theory? Is there one you really wish were true?

Uscinski: My definition of conspiracy theories excludes wishful thinking, such as scientists are secretly curing cancer for the good of all mankind. I tend to focus on theories that discuss harm. So, I really don’t want any of them to be true.

Gerbic: We have an amazing line-up this year at CSICon. You will be speaking on Saturday, October 20, at 11:00 am. This is a very diverse group. What lectures are you looking forward to?

Uscinski: Obviously Dawkins and Pinker. I have never seen them in person, so I am very excited about that. I am excited to meet John Cook—we both study climate change opinions and we have shared a coauthor, Stephan Lewandowsky, in the past. Dan Kahan is another speaker I can’t wait to meet. His work on climate change opinions is awesome.

Gerbic: I should warn you since you have spent a lot of time in Florida and Arizona, pretty hot places, that Las Vegas in October is still warm but the conference areas are always chilly. Bring a jacket and a robe to wear over your pajamas at the party. This year we are using a new location, the Westgate Resort and Casino. I’m not sure what to expect from that facility, but CSICon is always great. Also, show up on Wednesday or very early on Thursday; you don’t want to miss the workshops. And don’t go home until Monday after breakfast—trust me on this. All kinds of great people hang out in between the lectures. Follow what is going on where and when on the CSICon Facebook page. I look forward to meeting you in person, Joseph.

Uscinski: Thanks. I have decided to wear a pajama costume the whole conference.