Annika Merkelbach: Hello, Dr. Zakrisson, or Doctor Anna, as most of your Facebook fans know you. Thanks for taking time for this interview. Would you shortly introduce yourself? 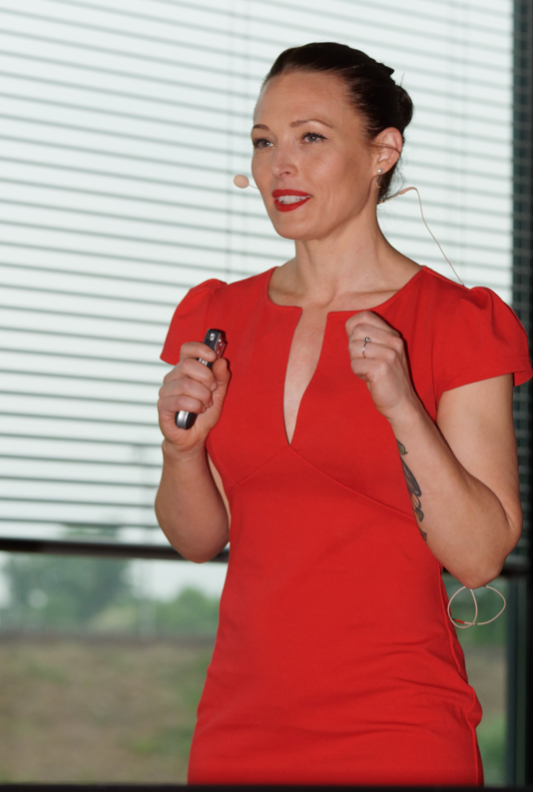 Dr. Anna Zakrisson: A pleasure! The short version is that I’m an enthusiastic biologist and skeptic who has never ceased to be amazed by this world in all its incredible complexity. I think people miss out on a lot of cool stuff when they buy into conspiracy theories and quick fixes.

I also have an almost ridiculous impulse to share my enthusiasm for science, which has led me to found my platform Doctor Anna’s Imaginarium where I expose my followers to a mix of science, comedy, and serious questions. We often discuss topics that are indirectly or directly related to science such as the anti-GMO or vaccine movements. I have been known to discuss homeopathy as well.

Merkelbach: Thanks! So, as I understand it, you grew up in Sweden, and you live in Berlin, right? Can you tell us more about your childhood? Did you always know you wanted to be a biologist?

Zakrisson: I have always been mesmerized by the natural world, particularly plants. I mean, who can’t be impressed by green giants living off CO2 and sunlight!?!

My father was a hydrologist, and my mum is a medical doctor, so the nerd factor has always been quite high in my family. I want to be clear that I use the word nerd in the most positive and loving way possible. In my ears, being a nerd means that you never lost the wonder of the world around you. Anything else is plainly tedious.

After my father passed away from cancer, I moved to a small steel worker’s town in mid-Sweden where being a nerd was slightly more challenging than it was in the big city of Stockholm. Luckily, my father had taught me not only about science but also about judo. My attitude of “attack being the best defense” paid off and I was never bullied, though never wholly accepted.

Merkelbach: After some time abroad you wrote your PhD, moved from Sweden to Berlin, and worked for Charité. Was this already the time you decided to work with your science communication abilities and founded Dr. Anna’s Imaginarium?

Zakrisson:I began my studies at Cambridge University and was tremendously excited and set on pursuing an academic career. It was during those years when I still hadn’t figured out the reality of the academic life such as the difficulty in getting permanent positions.

My enthusiasm was slightly dampened in the years to come and after having been at Max-Planck Institute, Stockholm University, Leibniz institute, and finally Charité I concluded that I had sampled enough institutions to know that I didn’t want to stay in academia.

To be clear: most of my colleagues have been great and the research is fantastic. The system, however, sucks. Somehow, I think it’s built to remove all that wonder and childish enthusiasm that, in my opinion, should be the foundation of science. But, let’s chat about that another day before I go on an uncontrolled rant.

Merkelbach: For somebody who is active in Guerilla Skepticism on Wikipedia, I’m particularly interested in science communication. What would you say are five easy tips for anybody who wants to leave their filter bubbles and communicate about skepticism and critical thinking?

Zakrisson:I always recommend people spend a week browsing social media sites dedicated to things that make them angry. For me, this can be anti-vaccine sites. Anger is a good sign that you are outside your echo chamber and exposed to things that you usually would avoid.

Don’t interact. Don’t get involved in arguments. Just observe. Make notes. This simple exercise enables you to do some essential groundwork for effective science communication:

An example case: if you shove facts down the throats of scared and worried parents of neurodivergent children who honestly believe that vaccinations have caused their children not to develop neurotypically, you may come across as a monster (from their perspective). I can’t repeat this too many times: know your communication partner and be empathetic to their situation.

You can be angry with them that they have bought into pseudoscience or mad with them for not accepting their neurodivergent child, but that’s your problem in this case. Focus on the matter you want to communicate and understand their position and way of thinking. A change of perspective is rarely achieved with force.

Merkelbach: If you’re not working on your growing science communication platform, what are you doing in the meantime?

Zakrisson:I do this full time now, actually. I started freelancing June 1 this year as a science communication consultant and performer. I give lectures and courses—my absolutely favorite audience are those consisting of “science virgins” with no background whatsoever in science. To see those faces light up in sudden understanding of some aspects of their bodies or the world around them is fantastic and rewarding beyond belief. 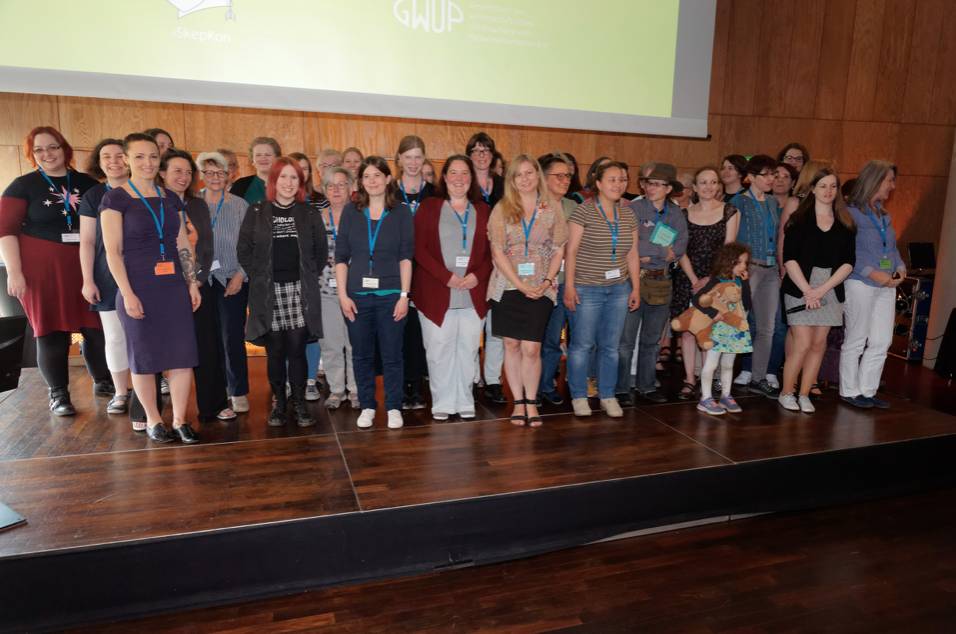 Dr. Anna (on the left) with all the female visitors of SkepKon 2018

I also do science performances together with artists such as opera singers, fakirs, video artists, dancers, etc. On July 6, we have the premiere of our piece Eight Songs for a Mad King—A Man Hanged, which is a crazy combination of all of the above. It starts with a performative science lecture on the biological background of the madness of King George III. It then transforms into an opera performance (written by Maxwell Davies), sung by Joa Helgesson, and ends with a body suspension (hook suspension). We have built biophysical instruments for this performance, so I’m slowly getting quite good at soldering. As we have gotten quite some attention for this piece, I’m personally hoping that this will open the door for more unconventional science communication that is able to reach people we otherwise rarely reach.

Merkelbach: Living in Germany, having grown up in Sweden, what are your main concerns about pseudoscience, homeopathy, and the anti-vaxx movement in Europe?

Zakrisson:My primary concern is the antivaccine movement as it leaves bodies in its wake. It is an extremely dangerous movement, and I am hoping that not too many need to die before people come to their senses. The most upsetting part is that it is those who cannot decide themselves who are the most at risk: young children. It is simply upsetting. I struggle every day to keep my emotions out of the discussion. It isn’t easy.

Homeopathy, I mostly saw as comedy relief, until they started giving out homeopathic remedies as “treatments” for Ebola and HIV. Then, it wasn’t funny anymore.

Merkelbach: You now live in Berlin, Germany. The German soccer team played against Sweden in the soccer World Cup. Who did you root for?

Zakrisson: Of course, I was for Sweden, but when I realized that I’d get free drinks if Sweden lost, I might have had a slight change of heart. Also, I think Germany played better so they deserved to win. Also, I see Germany as my home, even more so than Sweden. But, first and foremost, I’m a European, which allows for a flexible perspective when it comes to football.

Merkelbach: I am now going to address the elephant in the room. From reading your work or listening to your podcast I know that you as a woman in science have been disregarded at times, just for being a woman. I don’t want to ask the “How is it, being a woman?” question, because we both know that this question in itself can already be seen as being sexist. In my opinion it’s so important for young girls and women to be represented in science and science communication, so what would you say to young skeptics or young women interested in science? What has to change in science and society?

Zakrisson: I think it’s important for young female scientists to be able to see the diversity of women who do science; that they don’t need to conform and dress or be a certain way in order to be taken seriously. It is a responsibility of the older scientists to show this.

However, I must add that most of the people who have acted badly, actively sabotaged, or worked against me during my career, have been other women. Having said that, of course, I’ve experienced my share of butt-grabbing male douchebags. This shows how complex this issue is. I think that there are assholes of all genders and colors, but I have a hunch that many of the women who have acted badly would not have done so had they not felt threatened in their position. They might have had to work very hard to get where they are and might have developed a certain negative and problematic jargon and behavior along the way in order to elbow their way up between the male ranks. Who knows. It is sad that the situation is like this, but I have a feeling that it is changing, which makes me happy.

On social media the situation is somewhat similar. From males, I mostly get called “whore” or “prostitute” or they attack my appearance. The women (most anti-vaccine activists seem to be women) are more focused on that “I should go die” and that I’m “the worst mother ever” etc. It’s very predictable and tedious.

Merkelbach: As you might know, Guerilla Skepticism on Wikipedia only has two German native editors. We also don’t really have enough Swedish editors. Can you as an insider maybe think about a reason why? Is GSoW just not known enough or is it maybe harder to work in the grown structures of Europe?

Zakrisson: I think this is a matter of not being known. This should be of interest to the Swedes. I think we need to reach the right people. You should get in contact with Vetenskap och Folkbildning, the Swedish skeptics society (where I’m also a member) and write an entry on their very active Facebook group with the same name. I think there are many societies and groups you could contact. Maybe, we can have a little chat about that at a later point.

Merkelbach: You spoke at this year’s SkepKon in Cologne. What was your impression of German Skeptics?

Zakrisson: The German skeptics are fantastic! SkepKon was a warm and welcoming event with a lot of fascinating talks. I also met some great people with whom I have stayed in contact.

Merkelbach: Cool! So what are your plans for the rest of 2018? Will I see you at SkepKon 2019, at QED this year, or maybe at a European Skeptics Conference? 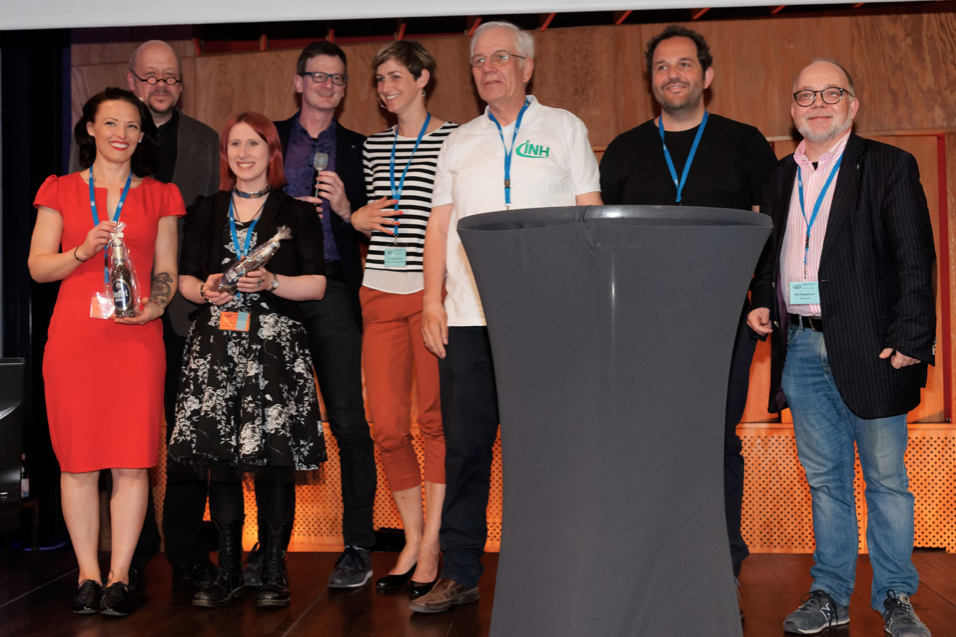 Zakrisson: I will definitely try to participate in SkepKon next year. It’s a great event!

I currently have not planned skeptics conferences for this year, but that could change depending on my schedule. My next big convention is BMX.net, a tattoo and body suspension meeting in Essen, Germany. I’m very much looking forward to that.

Merkelbach: Thank you so much for sharing this. I am looking forward to meeting you again at a conference!

Note: All photography by Hans-Ludwig Reischmann used with his permission.

Annika Merkelbach is a member of Guerilla Skepticism on Wikipedia (GSoW) and of Gesellschaft für wissenschaftliche Untersuchung von Parawissenschaften (GWUP; the German Skeptics organization). She enjoys interviewing European and other skeptics, but also writing and improving Wikipedia pages.