Anthony Pratkanis is a professor of psychology at the University of California Santa Cruz and an expert on social influence. He is a noted consultant on fraud who has been hired as an expert witness for many high-profile court cases. His CSICon 2016 lecture was titled “Altercasting as a Social Influence Tactic”

Gerbic: It was really nice to see you again, Anthony. I met you at SkeptiCal back in 2011 and loved your lecture. If I remember correctly, you talked about how social influence can be used to sell flim-flam. I’m sorry to say I didn’t end up quitting my day job and starting a new career, otherwise I would probably be on my yacht right now or more likely in prison. Please give the readers some of your background. 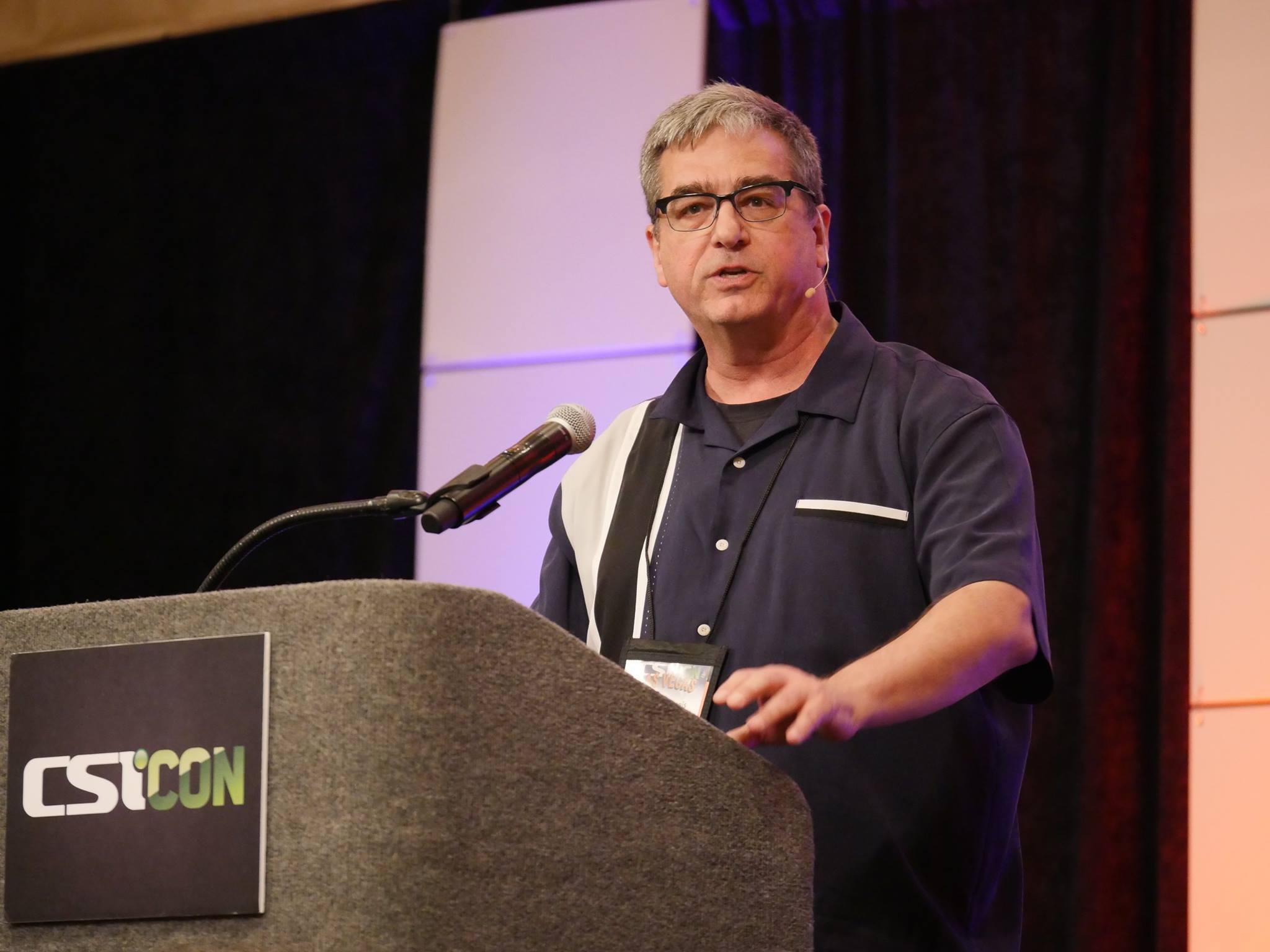 Pratkanis: In the past, I have given a number of talks on how those who sell flim-flam and take people in fraud use social influence and persuasion. In these talks, I basically go through various influence tactics and illustrate how the flim-flammer and fraudster uses them. For those who would like to get a feel for this, they might want to read “How to Sell a Pseudoscience,” which appeared in Skeptical Inquirer back in 1995.

My analysis of how flim-flammers and fraudsters use influence is based on the science of social influence. For the last sixty years or so, social researchers have been using the scientific method by involving case studies, surveys, and especially experiments to identify 107 effective social influence tactics. I use these as the basis of a Social Influence Analysis—identifying what influence tactics are used in a situation and how that would ultimately impact behavior.

Gerbic: So, what is altercasting, and how did you get interested in it?

Pratkanis: Altercasting is a class of social influence tactics where the agent of influence puts the target into the exact social role for best persuasive impact.

Con criminals use this all the time. As one fraud researcher put it: A con will take any role in order to win your confidence or trust. One of the most common con games is known as playing the hayseed (or what I call “the expert snare”). The con acts like a country bumpkin and thus the mark is placed in the role of expert or know-it-all. That gives the mark the confidence needed to bet or get involved in the scam. The expert snare is the basis for the pool hustle. My interest in altercasting grew, in part, by trying to explain how influence was working in this situation.

However, there were two events in the mid-1990s that served as the catalyst for an altercasting theory of source credibility. One was a protest at my university; students marched on the state legislature demanding lower pay for professors and increased professor workload. (The students were effective; now students complain about how large my classes are). The other incident was watching the cult leader Shoko Asahara of Aum Supreme Truth—the ones that were responsible for the subway gas attacks—interact with his followers. His followers looked to be the same age as my students, and they were coming up to him, kissing his feet, paying top yen to drink his bath water, and giving up their belongings to him. I thought: “Gee, I am the one here with a PhD and paid below market rates, and this guy is gouging himself on sushi at the expense of his followers. There seems to be something wrong with the current theory of source credibility based on expertise and trustworthiness.” What seemed to be going on in that situation was based on social relationships and social roles. That realization led to the work on altercasting published in my essay “Altercasting as an Influence Tactic,” which appeared in D.J. Terry and M.A. Hogg’s book Attitudes, Behavior, and Social Context.

Gerbic: Considering you were elected a fellow of the Committee for Skeptical Inquiry in 2011, you are no stranger to scientific skepticism. We have all this knowledge, so many talented people in our community, and evidence on our side. Why can’t we nip flim-flam in the bud? It seems like it is as pervasive as it ever was. 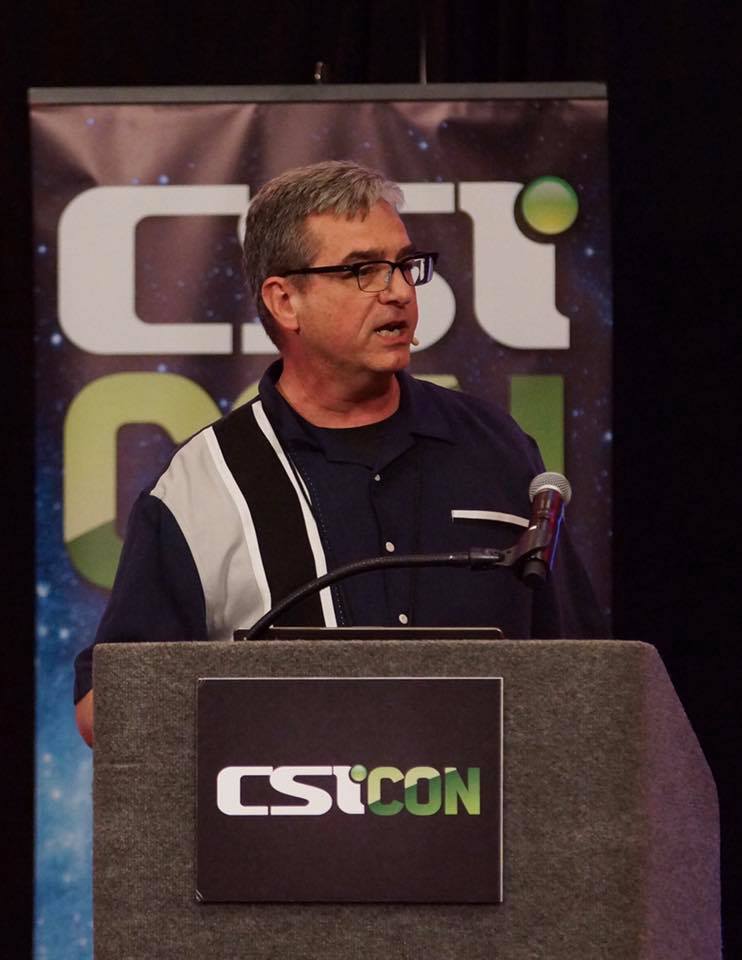 Pratkanis: Well, we still live in a demon-haunted world, even though all of us have the opportunity to hold up a candle to the darkness. That’s the way it has been for the length of our species’ existence, and thus we need to be realistic in what we can expect. The rub is that with issues such as global climate change and the rise of granfalloons (social identities) that feed off of each other and give rise to violence, we have to accomplish more than what we can realistically expect.

With that being said, I think humanists and skeptics can make more use of a science of social influence. For example, there have been a number of experimental demonstrations of a wide variety of social influence tactics—social norms, commitment, social consensus, among others—for promoting pro-environmental behaviors. These findings are, for the most part, left on the table unused.

One of the important things that skeptics can do is to stop using a science of social influence against achieving their goals. For example, it is common to see an issue—such as the environment—turned into an us vs. them frame. Those on the left do this when they link environmentalism with an attack on capitalism. When we do that, we are merely altercasting an enemy who will not listen and will oppose us. It may feel good to have that “superior” identity and social role, but meanwhile nothing is being done on an issue like climate change.

Gerbic: You were on the Oprah Winfrey Show?

Pratkanis: Yes, back in the 1990s. The topic was: “Would you get on the bandwagon?” The show consisted of a number of clever “candid camera” style episodes illustrating how people would conform in a variety of settings.

The question most people want to know about Oprah is: Is she the same in person as she is on her TV show? I hate to disappoint, but I can’t answer this because we were on the TV show together. I can say that she combines two sets of attributes that are rarely seen together—she is incredibly smart (off the charts smart) and she is a very warm and effective communicator.

Gerbic: I understand that you are starting to learn magic and are incorporating a psychic act into your lectures. Please tell us about that?

A few years ago, I started playing “the most amazing, the most wonderful, the most adorable Professor Pratkanis, master of the noosphere.” For you skeptics, the noosphere is the thought-energy field around each of us that allows thoughts to be communicated telepathically, solids to be transmuted, and most miraculously transforms ordinary tap water into “noospherically aligned magnetized water” capable of effecting a wide range of cures (and to do so equally well for all of them) and to bring inner harmony and healing.

I found that this noosphere routine is one of the most effective ways of communicating critical thinking and skepticism. Students quickly realize that even their college professor can fool them with a simple mind-reading or object levitation. Most of the students enjoy the gag and start to play along. A couple of the best students show up to class and do their own noospheric psychic phenomenon. That is gratifying.

One of the great personal benefits of my use of magic in classes was that a friend heard about it and introduced me to the fellowship of magic. I am proud to be a Magician Extraordinaire of Ring 216 (“Extraordinaire” means I perform in Ring charity shows; it is not a statement about my level of talent) as well as a member of the International Brotherhood of Magicians and of the Society of American Magicians, and I am an Inner Circle Magic Garage Magician. I have to say that few things have brought me as much enjoyment and delight (as well as knowledge and personal development) as being part of this magician’s fellowship.

Gerbic: So, tell me about CSICon? What were your favorite parts?

Pratkanis: Obviously, the magic performances by Banachek and Jamy Ian Swiss! Those were two incredible shows that I will remember and value for a long time to come. What a treat! I also really enjoyed finding out about the latest flimflams (such as those described by Stuart Vyse and Paul Offit) and hearing about how people are combatting these problems (such as Bertha Vazquez’s work on science education and your work on Guerrilla Skepticism). And then there are many old friends, especially Ray Hyman who, for me, defines what it means to be a skeptic and a psychologist. He is the role model—plus he has so many cool stories to share.

By the way, Susan: Thanks for doing this; you have an amazing level of energy and talent; what you do is very important; the glue that holds much together and the catalyst for the next cool thing to happen (i.e., leadership).

Gerbic: Thank you so much, Anthony. By the way, I just spoke to a small group of anthropologists in Scotts Valley, California, the other day. I showed up early, and the woman in charge asked what I would be lecturing on. I said “Wikipedia” and mentioned that I ran a skeptics group in Monterey. She said “Oh, do you know Anthony Pratkanis?” Well that sure knocked me off my guard. She said that you were a local and that she likes to talk to you about skepticism and religion. She even went to SkeptiCal in 2011 to watch you lecture. I thought, how charming.

Speaking of which, SkeptiCal will be held in Berkeley, California, Sunday, June 11. And of course, everyone needs to attend CSICon 2017 at the Excalibur Hotel and Casino, Las Vegas, October 26–29. The Halloween contest is on Saturday, so get to thinking about your costume. Make sure you put in your vacation requests now; it will be here before you know it. Arrive in time for the Thursday morning workshops, and stay over till Monday morning. You’re going to need the extra sleep, trust me on that.