Race, Pornography, Fake News, Eclipse, Brain Myths, Popular Assumptions, and the Magic of Science: those terms sum up the content of the eighth annual SkeptiCal conference held in at the Shattuck Hotel, in Berkeley, California, on Sunday June 11, 2017. SkeptiCal is a one-day skeptic conference brought to us by the Bay Area Skeptics and the Sacramento Area Skeptics.

This is the first time being held at the Shattuck, but the event has floated between Berkeley and Oakland, California, over the last eight years,. This time because of the location, the organizers decided to only meet in one room with no breakout sessions running concurrently as it had in the past. I have attended all eight conferences as it is only a two-hour drive from my home in Salinas. Each one has its own flavor, this one seemed tighter and the lectures felt like they were given more time, though I think fifty minutes has always been the norm. The space was completely full, with attendance at about 275 and ten exhibitor tables all in the room. It was a cozy feeling; thankfully everyone is friendly. 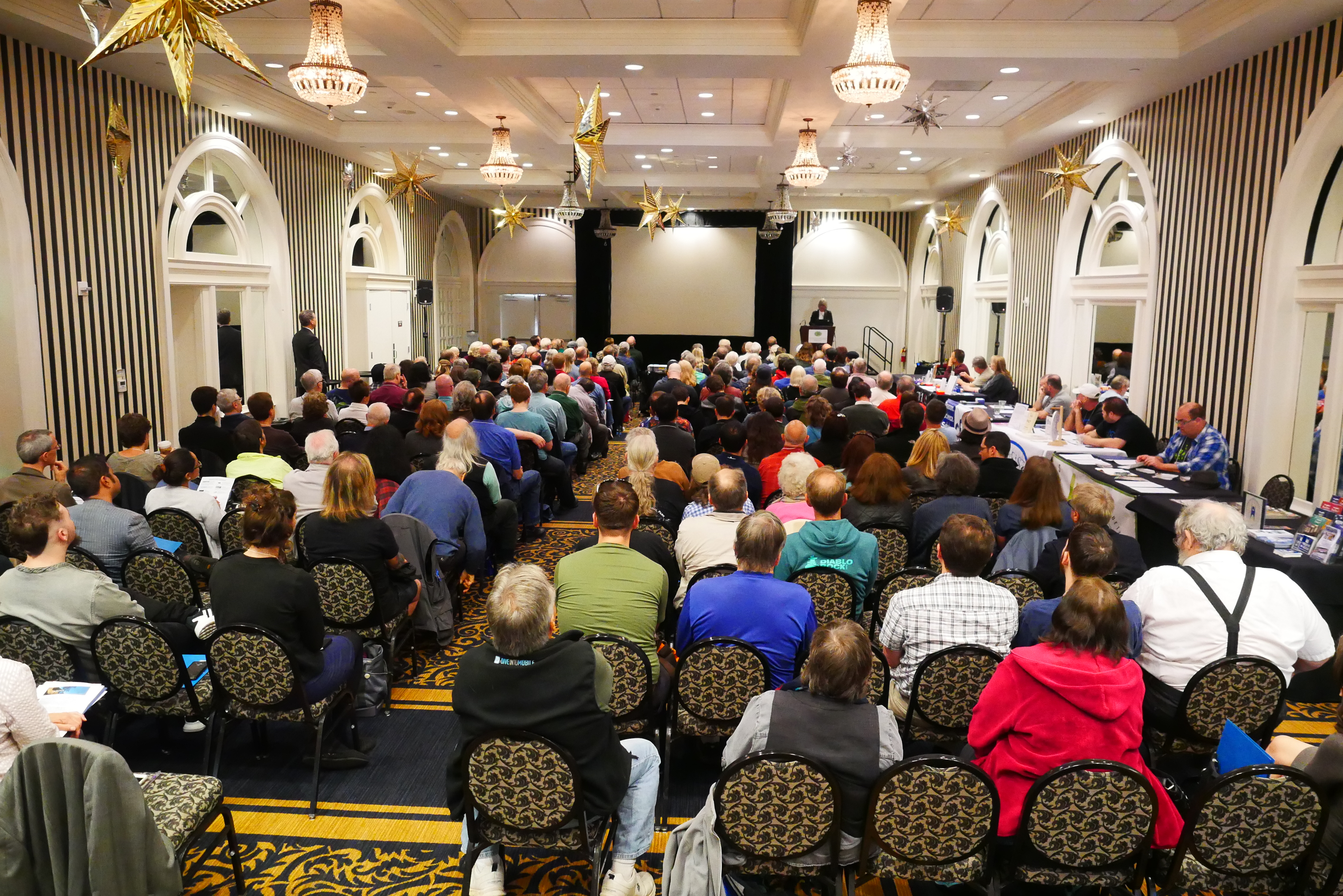 While each SkeptiCal has its own feel, each skeptic conference in our community also has its own style. Traditionally, SkeptiCal is a no-nonsense, on-time professional kind of event, and this year it was just the same. The format just works; the emcees introduce each lecture with a nice bio; and there is no song and dance (or limericks). On time and usually they can sneak in a Q&A question or two. Audio was handled by Greg Dorais and, other than a brief problem in the first lecture, nothing else occurred to interrupt the flow. As they say, you shouldn’t notice how much work goes on behind the scenes; if you do then something probably went wrong.

I’ve long hoped SkeptiCal would become a two-day conference in order to attract more out-of-town attendees hoping to make this a destination conference. I did meet several people who came from a long way away: two women attending their first skeptic conference came from Oregon, and another woman who has attended a few meetups in the LA area said this was her first real conference. According to the survey results, 40 percent of the attendees were women, and 40 percent were first time SkeptiCal attendees.

Tradition has it that the night before SkeptiCal we hold a SitP event and did so again this year. This small group of about thirty people is when you get to have great one-on-one conversations with acquaintances and make new friends. Social interaction is the key to conferences; people say they come to the conference because of the speakers but return for the people. Otherwise you might as well stay home and watch the videos on YouTube. There is something really heartening about laughing and talking with fellow skeptics, some long-time conference groupies (like myself), and others who just recently learned that there is a skeptic community.

Another aspect of SkeptiCal is how it pulls speakers from local expertise; all lecturers (with the exception of Brian Dunning who came from Southern California) are within the Bay Area. Several of them were unknown to the average skeptic conference attendee, which gives this event a more local feel.

President of the Bay Area Skeptics, Eugenie Scott really needs no introduction to the skeptic community, but I will briefly remind you. She is the former executive director of the National Center for Science Education and a physical anthropologist. Genie was involved in the Kitzmiller vs Dover court case regarding the teaching of intelligent design in public schools in 2005. When other lecturers are on stage and the question of anthropology or Bigfoot comes up, no matter how big the audience, the speaker always good-naturedly says, “If Genie Scott is in the audience, I better be careful with how I say this; I don’t want to get it wrong in front of her.”

For SkeptiCal, Scott’s lecture was called “The Science and Pseudoscience of Race,” which was a very big topic that she had to cut down to fifty minutes.

Edward Wasserman is a professor of journalism and dean of the Graduate School of Journalism at the University of California, Berkeley. His lecture “All The News That’s Fit To Fake” was as you can imagine quite timely. He stated that we “pay for information with information, you are being furtively induced to provide or all others to gather (information) about yourself. Content is the lure, content is the bait, you pay for that information.” He talked about the standards of significance; the media is deciding what is news, “Why is it that certain news organizations make such a fuss about it?” He said that stories are framed to have the slant that they want, with news organizations telling reporters to go find an opinion that fits into the story they want to tell. People are led to believe that there is more crime than is happening: “They aren’t going to cover all the people who went to work and didn’t get mugged.” Visuals dominate: “Stories that lend themselves to visuals will tend to get disappropriate coverage.” One of the very dangerous problems with media is the news cycle. The media needs to get a story out very quickly, before social media is flooded with other sources. The example Wasserman offers as an explanation is ofthe Boston Marathon bombing. The media named and released photos of suspects early on, which nearly led to lynch mobs going after innocent people. He ended his lecture with suggestions the media can do to fix the problems, but he felt the changes are unlikely to happen. He ended by saying, “The Internet does not absolve you to check information, in fact it just makes it more acute.”

Andrew Fraknoi is an astronomy professor at Foothill College, and his lecture was titled “Eclipse Myths and How to Prepare for August’s ‘All-American’ Eclipse.” A wealth of knowledge was in this talk on how to safely look at the eclipse, where to be to look at it, and how to handle the logistics of going to where it will best be seen. He talked about how the media was going to steadily increase reporting on the eclipse as we grow closer to the August 21 date, and when doing so, people who live within 100 miles of the path will decide at the last minute to drive to the best viewing sites. The problem with this is that the path of the eclipse across America is mostly rural; infrastructure does not exist for the increased traffic, food, and bathrooms. Good planning as well as safe viewing are the watchwords. 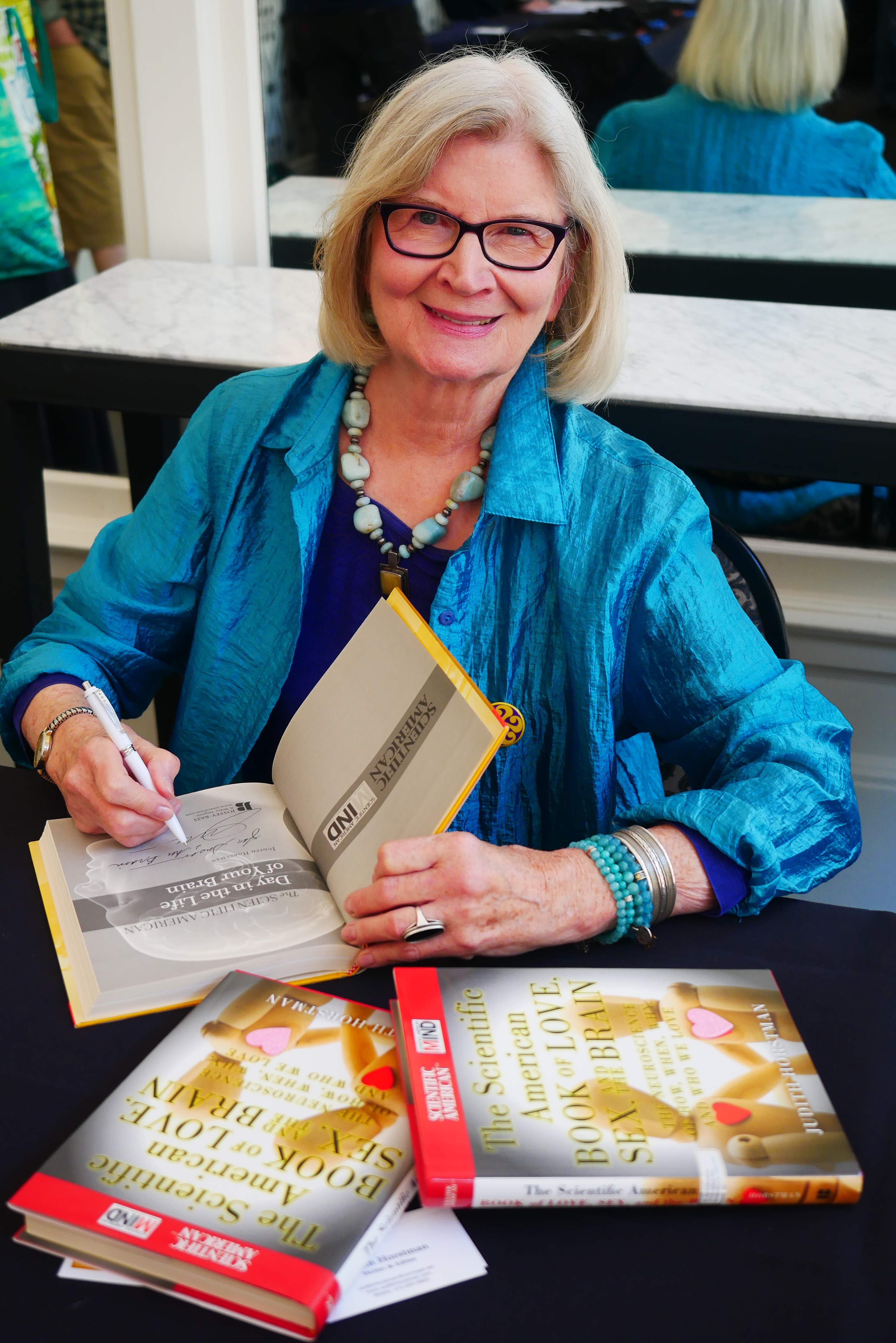 Judith Horstman is a science journalist and author of seven books. Her lecture was titled “Myths of the Brain.” She covered the “we only use 10% of the brain” and “left-brain/right-brain” common myths, but what was new to me was the “you need 8 hours of uninterrupted sleep.” Apparently studies show that we only need four hours of uninterrupted sleep. She said, “When I first started researching… I was surprised at how much misinformation there was about the brain… I should not have been surprised because your brain knows very little about itself.” She gives five best practices for good brain health: exercise, challenge your brain, socialization, nutrition, and rich emotional experiences. Diabetes, high blood pressure, chronic stress, and obesity, she tells us, are very bad for the brain. Horstman suggests that we should all donate our brains to research when we die; they are badly needed for experiments and training. 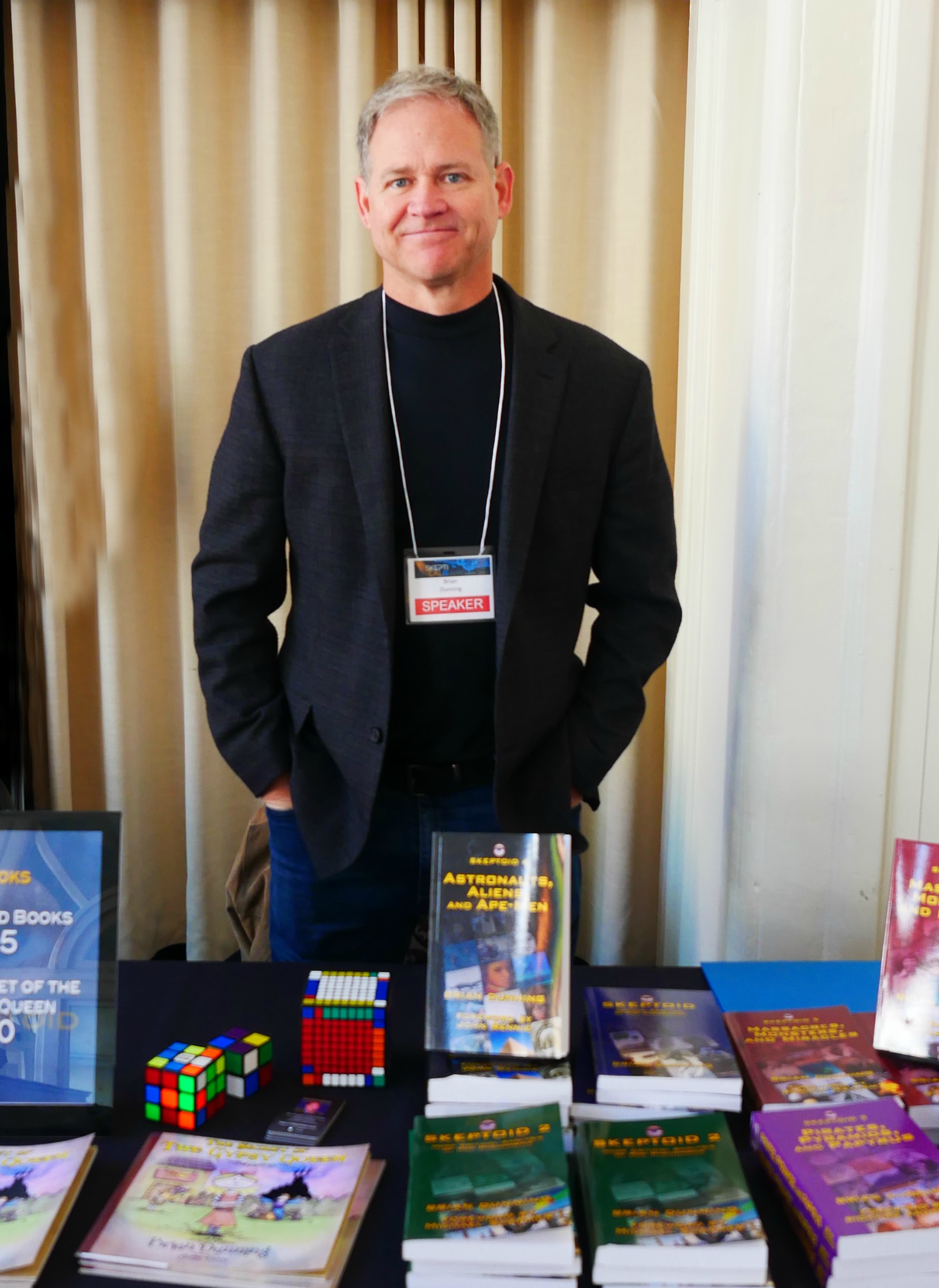 Brian Dunning is an author and popular science communicator. He is best known for his podcast Skeptoid: Critical Analysis of Pop Phenomena. Dunning has also recently released a free movie aimed at classrooms with free teaching guides, Principals of Curiosity. His lecture at SkeptiCal was called “Waterspouts & Swamp Gas: Challenging Popular Assumptions.” I really enjoyed how he started off his lecture about Timothy McVeigh watching the 1993 Waco siege and how that convinced him of many government conspiracies, eventually masterminding the bombing of the FBI building in Oklahoma City. Dunning really brought it to home that there is real harm in believing in pseudoscience. Dunning talked about people making bad decisions about their health, Jim Henson, Steve Jobs, and Steve McQueen. He also talked about fake bomb detectors being used across the Middle East. Bad decisions and wasted resources all based on false assumptions: lie-detector tests, Myers-Briggs Personality Type, McMartin Preschool and repressed memories, vitamin C, and more.

Luigi Anzivino is an educator at the San Francisco Exploratorium’s Tinkering Studio. He is also a magician who uses his understanding in the brain (he has a PhD in Neuroscience) to educate. His lecture was called “The Science of Magic” and included close-up magic as well as explanations of how to use slight-of-hand to teach critical thinking skills.

All the lectures will be released on the YouTube channel for the Bay Area Skeptics; check out their past videos and subscribe.

I came home with six autographed books from the speakers and lots of photos, videos, and some great memories. I was able to reacquaint myself with friends and met new people as well. I know it’s a lot easier to stay home and wait for the lectures on YouTube, but I assure you, the whole experience is so much more rewarding in person.