This article is the third of five articles chronicling the adventures of my month long European About Time Tour. This tour was funded by individual skeptical organizations and by private donations. This third leg of the journey was through Germany, Switzerland, and into Northern Italy; along with me was psychic expert and mentalist Mark Edward, European Skeptic Podcaster (ESP) András Gábor Pintér, and Bulgarian science conference organizer Liubomir Baburov.

András Gábor Pintér lives in Székesfehérvár, Hungary, which we eventually visited, and I will talk about in an upcoming article. There he had rented a car and drove to Prague, then to Wrocław. Mark Edward, Liubomir Baburov, and me piled into the car to start the next part of the tour. This part of the journey was paid for mostly by donations we had raised from a funding site. Aubrey Ayash, Catherine de Jong, and others had generously donated to help us with gas, food, tolls, and housing. The various skeptic groups we visited also helped with expenses when we arrived. By the way, if you are traveling to Germany you will discover that they don’t accept most credit cards; they have some kind of local debit card, or Euros, but we could use our Visa card only at hotels and larger restaurants. I had no idea.

We left the ECSO conference right after the new board elections, and I should add that András was elected to be an associate member for ECSO. András is also a professional tour guide, so he was terrific keeping us moving and planning everything out for us. We left Wrocław in the late afternoon and drove to Dresden, Germany, where we stayed in a rented apartment. We were up early the next morning and drove to Göttingen, Germany, for our first talk. Our host, Rüdiger Ludwig, Evolutionäre Humanisten Göttingen e.V., and March for Science Göttingen were our sponsors. Dresden is another lovely city that I wish I had more time in. About twenty people attended to hear our panel, and after we went with attendees to a nearby pub and had some great conversations. 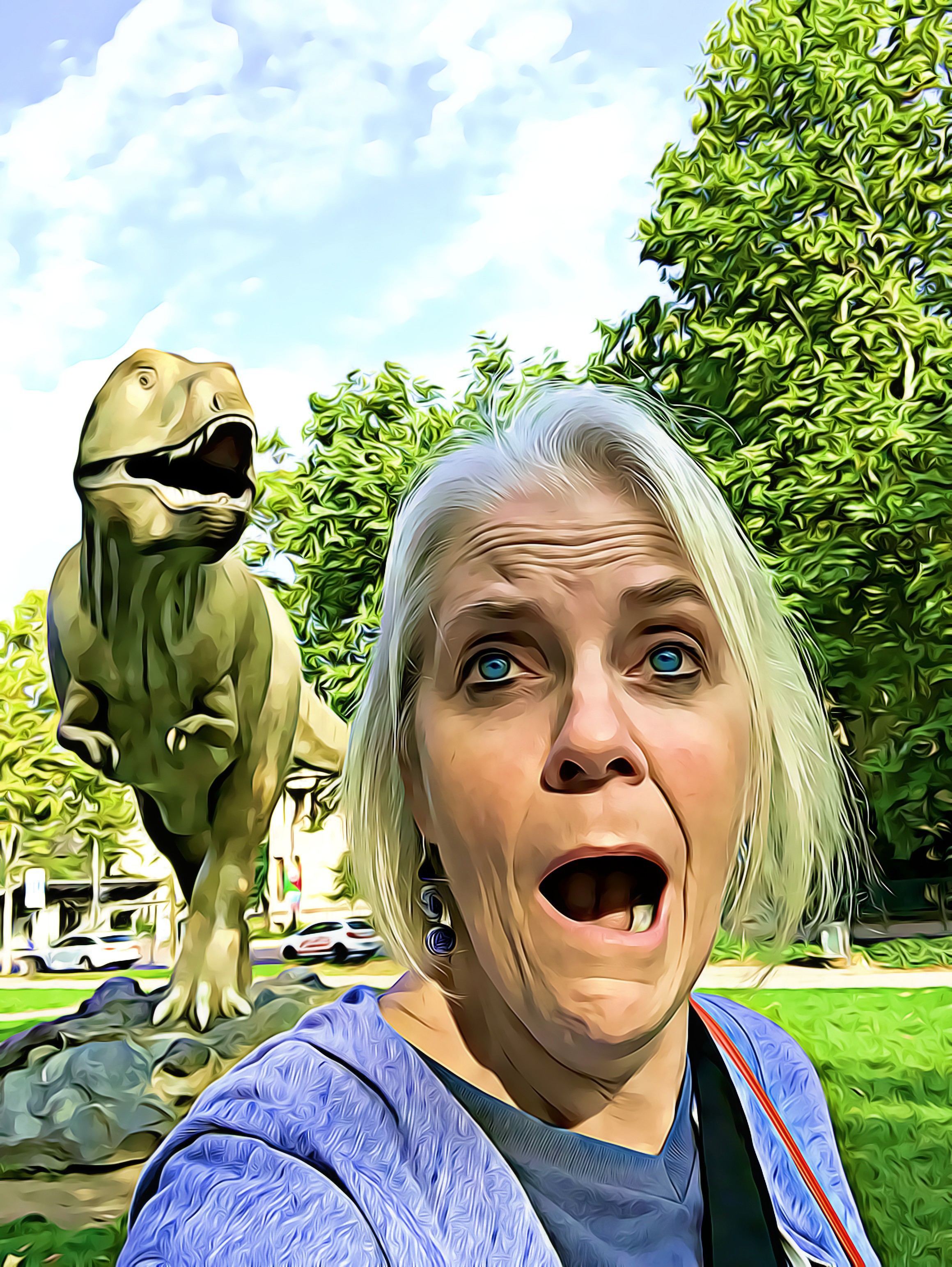 The next morning we drove on to Frankfurt, Germany, where we met up with two of my German GSoW editors, Annika and Scotty. We visited the Frankfurt Natural History museum and then had an early dinner with nuclear physicist and member of the German skeptic group GWUP, Holm Gero Hümmler. There we had a great conversation about the March for Science and activism. Hümmler said they had about 2,500 people show up for the march, which inspired him and the other organizers to hopefully do more science related activities. We had a nice discussion about that, including my skepticism of the march as activism. We were joined by a woman who works in a pharmacy who told us of her frustration with homeopathy. She has let her boss and her coworkers know that if people ask about homeopathy she will tell them that it does not work. This has angered her boss, because they make a big profit on homeopathy, so she isn’t allowed to discourage them from purchasing it. She is supposed to allow someone else to answer questions. I guess I hadn’t understood what a big deal homeopathy is in Germany, which is pretty silly of me considering that Samuel Hahnemann created it in 1796 in Germany. Hümmler explained the GSoW project to a few of the GWUP members and one of them, Jan, joined our training.

The following morning, we had another nice surprise. Liubomir needed to meet with someone at the European Space Agency Mission Control (ESOC) in Darmstadt, Germany. Liubomir managed to get us all on the base and we had tea and coffee in their lunch room while he tried to arrange future speakers from ESOC for his science conferences in Bulgaria. Once they had talked for a while they offered to show us the Mission Control building. I thought András was going to break his ankles as he jumped up and down. András absolutely loves astronomy. Visiting the control center was really fun. They let us take selfies with the room in the background, and they were doing a simulation at the time. 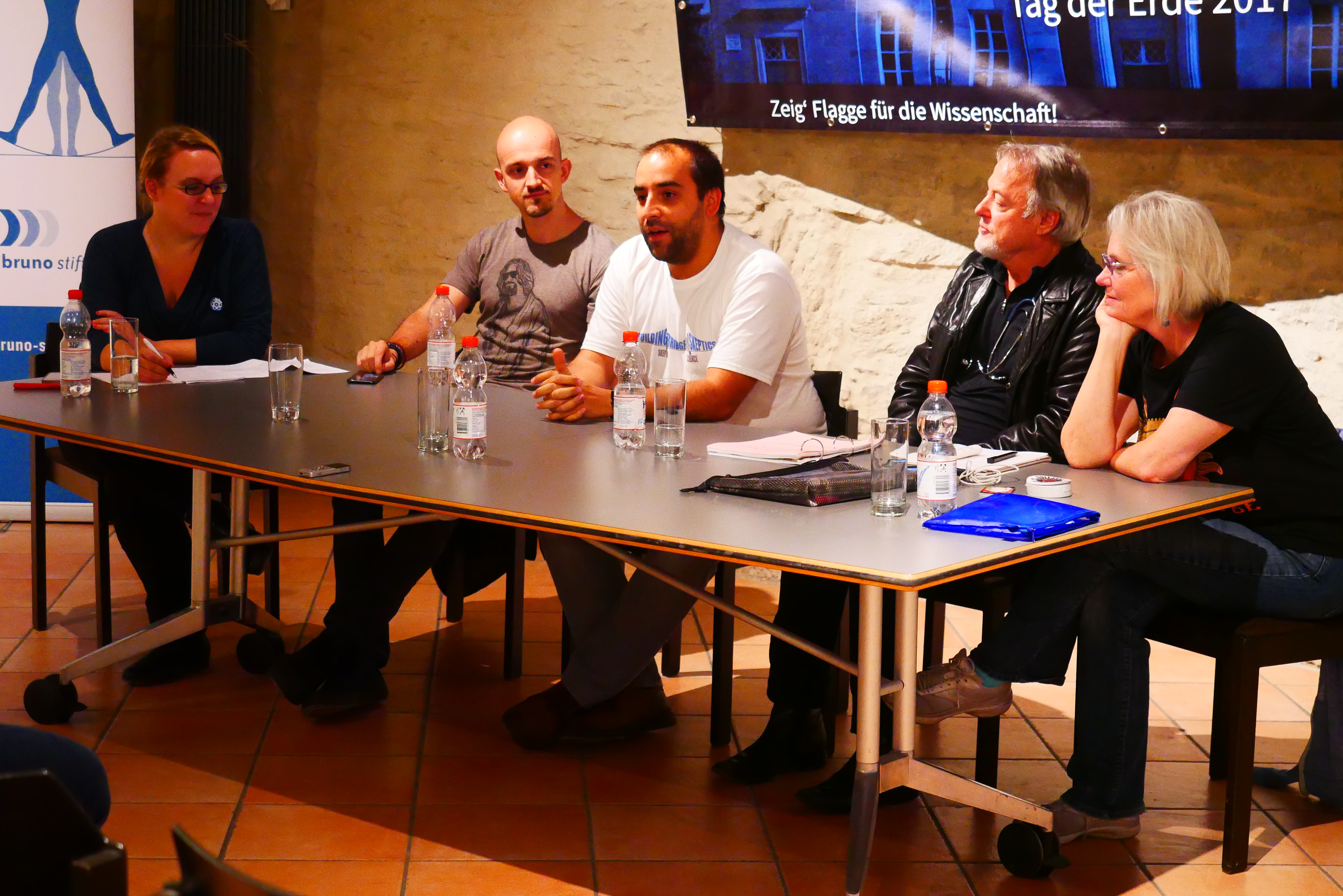 Then we got back into the car, and we drove to the headquarters of Gesellschaft zur wissenschaftlichen Untersuchung von Parawissenschaften, better known as the Society for the Scientific Investigation of Parasciences (GWUP). This was in Roßdorf, Germany, and we were introduced to the only full-time paid skeptic in Germany, Martin Mahner. Mark and I were in heaven when we saw shelves and shelves full of books on pseudoscience and skepticism. The office is more of a knowledge center. They store magazines, books, and flyers for research. They even have a very rare collection of Indian Skeptic magazines. Martin explained that he handles about 320 queries about the paranormal from the media each year.

GWUP was founded in 1987 and is affiliated with CSI. The chairperson is CSI Fellow Amardeo Sarma who was the president of ESCO from 2000 to 2013. The organization tests paranormal claims, which they find very time-consuming, but they work with other experts when writing the protocol. They also publish the skeptic magazine Skeptiker. I brought home several issues for my library. GWUP has also written a vaccine brochure aimed at new parents, which they offer for free at doctors’ offices. They have membership fees that are about 90 euros per year, which includes a subscription to the magazine. On top of all these activities GWUP hosts a conference called SkepKon. In 2017 it was held in Berlin and the theme was “Fakten Sind Sexy!” (Facts Are Sexy!). The next SkepKon is May 10–12, 2018, in Cologne. If they are looking for someone who would love to tell them about the GSoW project, I would be happy to attend. Just putting that out there!

Next stop, Heidelberg Castle. I had no idea what we were getting into. This was day sixteen on the road for me, so I was lucky to still be standing. We arrived at the castle and I could not stop taking photos; everywhere it was so beautiful. András had arranged for ex-homeopath Dr. Natalie Grams to meet us at the castle and give us a tour of the pharmacy museum inside. We met for lunch first and she explained to us her transition from knowing that homeopathy worked to writing a book exposing its inefficiencies. Now she is an outspoken critic of alternative medicine. She has a new book on called Gesundheit!: Ein Buch nicht ohne Nebenwirkungen, which translates to Health!: A Book Not without Side Effects. The museum is a very interesting place, and it holds some of Hahnemann’s personal homeopathy. 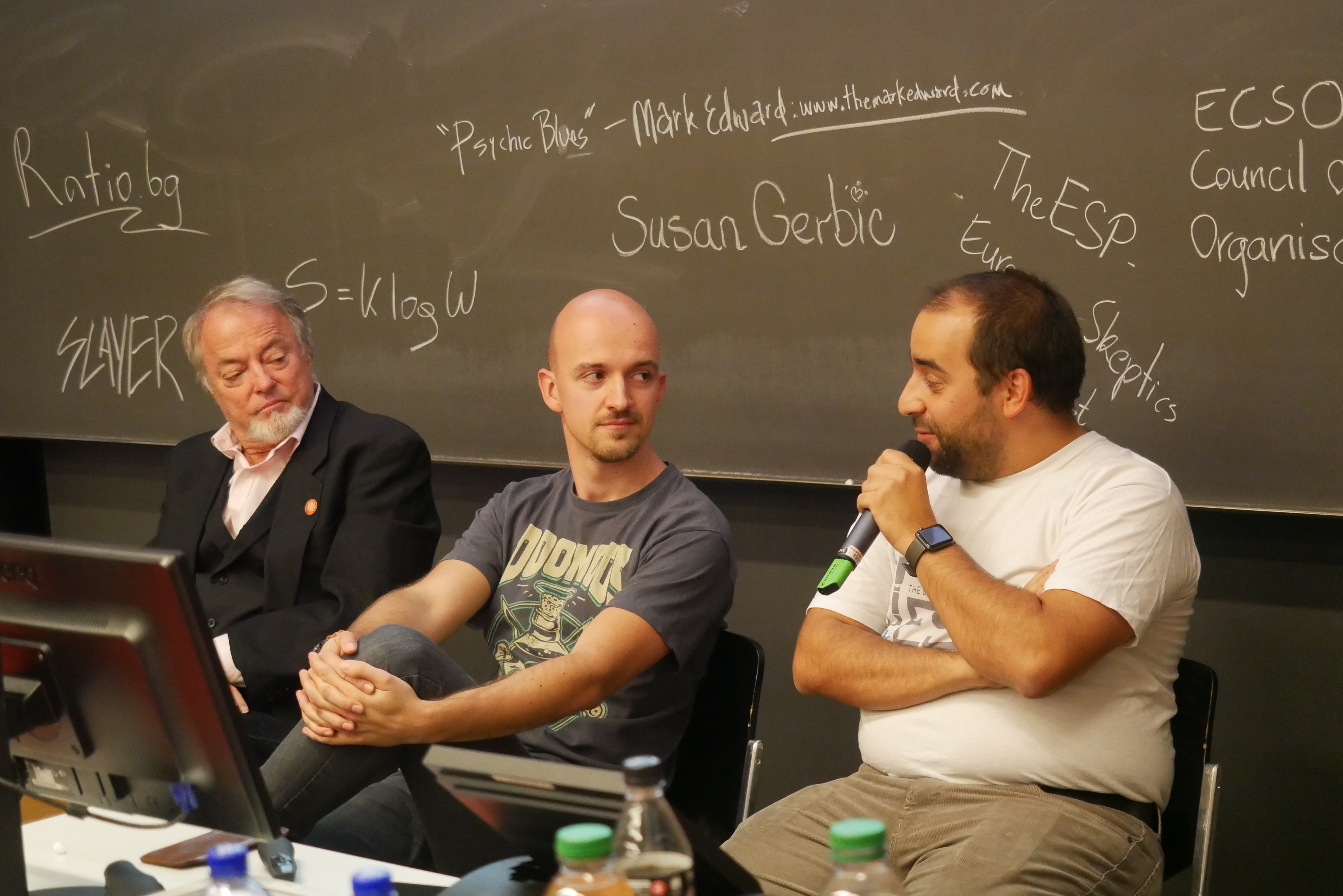 The last stop on this part of the tour was to Zürich, Switzerland. We did a panel discussion for the Skeptiker Schweiz group. Our host was Marko Kovic. Stupid traveler that I am, I thought there was a Swiss language. Apparently there isn’t; they speak German, Italian, French, and English. Also, they don’t use the same electrical outlet that most European countries do—but they do take the Visa card! We didn’t have a very good turnout for our panel discussion. We were told that normally they attract a lot of attendees—only the day before, seventy people had turned up for a lecture. We had an audience of seven, but one man, Jean-Marc Neuhaus, took a ninety-minute train ride in order to come to our event. We really enjoyed meeting the people we did, and we had some really terrific discussions. Skeptiker Schweiz maintains a blog and website, and they have a popular German speaking podcast called SkeptisCH. GSoW received no new editors from this event. I should also mention that Skeptiker Schweiz puts on a conference each year, Denkfest, usually in early November in Zürich.

Liubomir had to go back home to Sofia, Bulgaira, after the Skeptiker Schweiz talk. We would meet up with him again. In the meantime, Mark, András and I drove to our next stop, Cesena, Italy, for CICAP Fest.