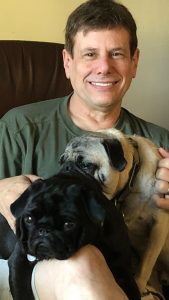 David Mikkelson is the founder and leader of the urban legend website Snopes. Founded in 1994, it began on a Usenet newsgroup called alt.folklore.urban and continued growing into its own amazingly popular website Snopes.com. Mikkelson will be speaking at CSICon Friday October 18 at 11:30 am. His talk is titled “Junk News as Science.”

Susan Gerbic: I’m so excited to meet you, David. I’m a major fan of Snopes and have been following its growth since 2001. I have attended one of your talks before, back at the very beginning of my involvement in the skeptical movement. You were speaking at the Fourth World Skeptics Conference sponsored by CSICOP. This was in Burbank, California, in June 2002.

David Mikkelson: Yes, that was right after one of the seminal events that put Snopes.com on the map. The 9/11 attacks spawned an avalanche of rumors, conspiracy theories, and misinformation on the internet, but the traditional news media weren’t yet covering the internet as a phenomenon unto itself rather than as a mere distributor of information. So, we were the most prominent online entity that was tracking all the 9/11-related rumors and trying to run them to ground. Now, nearly every major news organization out there does the same after catastrophic events.

Gerbic: The name of that conference was “Prospects for Skepticism: The Next Twenty-Five Years.” They wrote on the brochure, “We not only want to examine issues that are important today [which would have been 2002] but also try to focus on topics that will influence science and skepticism in the future.” Well, Snopes was a great fit for that conference. It’s 2019, and we could have never foreseen the necessity of fact checking conspiracy theories in politics, Russian trolls, and all this insanity we find ourselves in today. Snopes has been at the forefront for this war on nonsense.

Mikkelson: I wish I could claim credit for having the foresight twenty-five years ago to recognize that combating the weaponization of online disinformation was going to become one of the major political issues of the twenty-first century, but that was a niche we happened to fall into because we were the first ones online to do something similar, not because we deliberately charted a course to end up here.

Gerbic: The year 2027 will be twenty-five years after that conference. That’s just around the corner. You just finished getting Snopes advertisement revenue sorted out, I believe. So, what is next in store for Snopes?

Mikkelson: At the moment, it’s difficult to articulate any concrete plans. Right now, most everyone in this field is engaged in a giant game of whack-a-mole, trying to figure out how to keep up with and counter the shifting tactics of disinformers and figure out what the optimal approaches to addressing the global misinformation problem are.

Gerbic: I had the pleasure of speaking on the Skeptic Track at Dragon Con 2018, and while there I listened to and recorded a talk by one of your employees, Arturo Garcia. He gave a talk to a packed room that gave us insight into the workings of Snopes. He stated that when trying to investigate a claim you should always go to the original source. This is something that Paranormal investigator Ben Radford also states. Don’t get caught up in the fifth generation of a story; trace it as far back as you can.

Mikkelson: What I’d call “chain journalism” has always existed, but it’s one of many aspects of the industry that the speed and reach of the internet has exacerbated: One news outlet publishes a story, a second one aggregates it, a third one rewrites it, a fourth one summarizes that rewriting, a fifth one aggregates that summary, a sixth one rewrites that summary, etc. Along the way, critical context and details often get lost, and errors creep in, but many readers aren’t aware of how articles get chained in this fashion, nor are they inclined to try to trace their way back to the beginning of the chain if they are—they simply share whichever version of the story they come across first.

Gerbic: I read about something Snopes has been collecting called The Repository of Lost Legends (TRoLL). What sets these apart from your normal stories?

Mikkelson: That was a short-lived experiment we briefly tried out many years ago to test what we referenced as “false authority syndrome,” but it turned out to presage the whole “fake news phenomenon.” The idea was to gauge to what extent people would suspend their intuition and believe the most ridiculous of premises because those ideas were presented by a seemingly authoritative source. I think the point was proved when I was standing in line in at a grocery store one day and spotted that one of the absurd ideas I had invented had been the subject of a cover story in a tabloid … 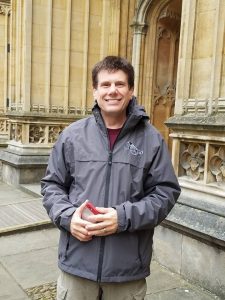 Gerbic: Wikipedia started in 2001, and I became involved in 2010 by creating Guerrilla Skepticism on Wikipedia (GSoW). We, like you, push back on disinformation. I’m curious if you think it is getting worse or is society getting better at flagging nonsense and going to Snopes to see what you all say about it? Snopes has become a verb after-all, and that is no small thing. And generally, Snopes seems to be a trusted source.

Mikkelson: I think in general that the tremendous increase in information sources and information sharing that the internet has wrought has prompted people to become more media literate and more savvy about checking out sources rather than accepting information at face value. Unfortunately, I think the sheer amount of disinformation and the shifting tactics of its promulgators are outstripping the capacity of the public to keep up in the short term, but I think the situation will improve as better tools for dealing with misinformation become available.

Gerbic: Wikipedia is becoming much more trusted by professors and teachers. They are still saying that students can’t “copy Wikipedia,” but more and more they are saying to start there and check out the citations. And when one of my team rewrites a Wikipedia page, it mostly stays in great shape; vandalism is quickly reverted, and we rarely engage in arguments or pushback on the work we do. I know Snopes also is so well researched that it is difficult to push back, and your site always includes the citations so that readers can follow the same path that your researchers went on to get to their conclusions.

Mikkelson: We have always advocated to our audience that no single source—neither us nor anyone else—should be accepted as definitive and that they should use sites like ours and Wikipedia as starting points for additional personal exploration based on the sourcing they offer. But with so many entities competing for everyone’s time and attention these days, the tendency for people to want “one-and-done” checks on information still runs very strong.

Gerbic: Well we have a lot to thank Snopes and you for. What a terrific idea this was to start. I suppose it was one of those perfect storms on the internet that we were ready for. The internet was still so young back in 1994. Heck, most of us were still on dial-up, and we needed to know the facts quickly and get off the phoneline in case someone called the house. (Kids, back in the day we could not answer the phone if we were on the internet, and you had to be at home or work to get a phone call.)

Mikkelson: It’s kind of amusing to look back at all the issues we had to deal with in the early days of the site that seem so ridiculously antiquated now. Like how rudimentary page presentations had to be because of the available HTML set that had maybe a dozen different tags. And how offering anything more than the most rudimentary, highly compressed graphics in your articles could cause your web hosting account to exceed its bandwidth allotment and result in access to your site being suspended for the rest of the day. And you couldn’t even think of making use of video in those pre-YouTube days unless you had thousands of dollars to spend for bandwidth …

Gerbic: CSICon is going to be a blast; we have some terrific speakers this year. What talks are you looking forward to? For first time CSICon attendees, I have put together this article of tips.

Mikkelson: Julia Sweeney because I loved her work on SNL and now in Shrill, and Richard Dawkins because … of course, and Banachek and Piff the Magic Dragon because magic was a childhood obsession of mine.

Gerbic: Thank you for taking some time out of your busy day to answer some questions. I really look forward to your talk this October. Don’t forget that we will have a 1950s-themed Halloween party on Saturday.

This interview has been lightly edited.