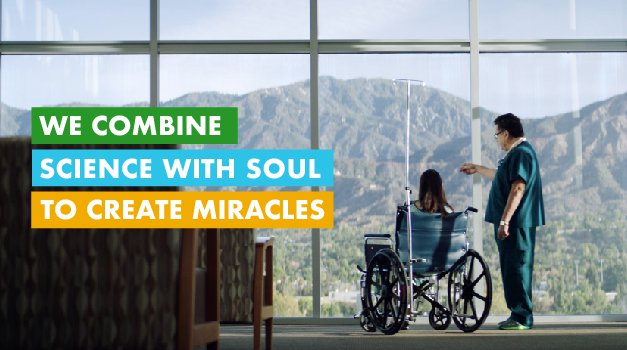 In my column of August 2, 2016, I criticized advertisements offering miracles to cancer patients by City of Hope, a National Cancer Institute-designated cancer center. With the permission of Skeptical Inquirer, my column was republished a month later at HealthNewsReview.org, a website that offers skeptical analyses of journalism, advertising, marketing, public relations, and other messages that may influence consumers about health care.

HealthNewsReview.org includes “miracle” on its list of seven words that should never be used in medical news stories. On December 27, 2016, it published a review of a City of Hope news release dated December 20, 2016, with the headline “‘Miracle Patient’ Finds New Hope with Breast Cancer Vaccine.” The reviewers gave the news release a one-star rating out of a possible five stars based on scoring “Not Satisfactory” on eight of ten criteria used by HealthNewsReview.org. The reviewers wrote:

Highlighting a single person’s preliminary reaction—she had not yet even completed the treatment—to an experimental drug combination and calling it a miracle creates a false and biased narrative of the true effectiveness of this treatment.

The release noted that in previous patients with different types of cancer, no clinical benefit was seen with the drug combination and in this single case study, researchers weren’t sure what caused the patient’s improvement.

I’m glad to see that the “Miracle Patient” news release does not currently appear in City of Hope’s news release archive.

During 2017, I noticed that City of Hope refrained from miracle mongering in its newspaper advertisements (although it has continued to present its slogan “the MIRACLE of SCIENCE with SOUL” with the City of Hope logo in its advertising).

In 2016, miracle-mongering headlines in City of Hope newspaper advertisements included:

Throughout 2017, I clipped advertisements from City of Hope in the Los Angeles Times and in my weekly community newspaper. I found no mention of miracles in any of the headlines:

In late December 2017, I called the Media Relations department at City of Hope and asked if my column had anything to do with the change I noticed in the newspaper advertising. My call was forwarded to Suzanne in Marketing. I left a message on her voicemail. She didn’t return my call.

In 2016, I noted that City of Hope’s home page indicated:

At City of Hope, we treat you as an individual whose life will be made whole again. We combine science with soul to work miracles.

That last sentence is still part of a recorded voice greeting to callers of the main City of Hope phone number. It also appears on a current link to a YouTube video promotion for City of Hope called “A Place of Miracles.”

As I explained in my first column about City of Hope, scientific research and medical advances do not deliver miracles.

On January 19, I sent this message to City of Hope’s Media Relations via email:

I have tried repeatedly to reach you over the phone for weeks, but each time I get an automated greeting. I left at least two messages, but no one has returned my calls.

I am writing a follow-up to a column I wrote in 2016 about your advertising. The column was reprinted by Health News Review. The reprint notes that I reached out to you for comment, but I got no response.

I would like to include your answers to these questions in my follow-up:

Please forward this inquiry to the most appropriate person to answer each question.

I wonder whether Media Relations is still operating at City of Hope. Its last press release as of January 23, 2018, was on December 17, 2017.

City of Hope seems to have refrained from miracle mongering in its newspaper ads during 2017. I’d like to think that my previous writing had something to do with the change, but I was unable to get confirmation. I also don’t know why City of Hope’s miracle mongering press release of December 20, 2016, doesn’t appear in its archives. But I do know that City of Hope has continued to promote itself as a place of miracles.

William M. London is a professor of public health at Cal State LA, editor of Consumer Health Digest, and a scientific and technical consultant to the Committee on Skeptical Inquiry.