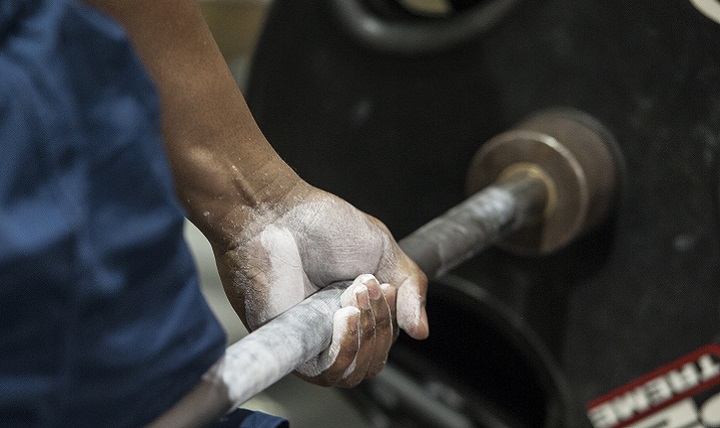 When a man does something silly, my daughters and I like to joke, “Testosterone poisoning strikes again!” Everybody knows women and men are different, not just anatomically but psychologically and behaviorally. That common knowledge is epitomized in the book title Men Are from Mars; Women Are from Venus.

Sometimes common knowledge turns out to be wrong. The common knowledge about male/female differences is questioned in a new book, Testosterone Rex: Myths of Sex, Science and Society, by Cordelia Fine. It’s an eye-opener, fully backed by scientific references, and is well worth reading.

Evolution produced us, and there are logical evolutionary explanations for all the perceived differences between men and women. Reproductive success drives evolution. The male’s investment is a single sperm; the female’s is much greater.  Men will produce more offspring if they spread their sperm around to many women. Women are constrained by the need for resources to successfully raise their offspring. So naturally, men evolved to be competitive, promiscuous risk-takers; women evolved to play a safer game focused on tending to their precious offspring, sticking to one mate who is a good provider, and developing traits such as intuition, empathy, nurturing, and cooperation. As the story goes, this is why men drive sports cars, engage in dangerous sports, become CEOs, and gravitate toward careers in science and engineering while women are more likely to choose jobs such as teaching or nursing or may choose not to work outside the home at all. Toys for boys encourage physicality, competition, and construction; toys for girls (dolls, beauty sets, tea sets) reinforce traditional ideas of femininity.

Many people find it satisfying to have a biological explanation for the lower status of women in our society; they think biology justifies the status quo, at least to some extent. They think it’s natural for women to stay home nurturing children instead of competing in the workplace. They think women don’t really want STEM (science, technology, engineering, math) jobs and aren’t best suited for them. They think equal opportunity can never be expected to lead to equal numbers because of the innate natures and preferences of men and women.

Of course, evolution had to affect the brain as well as the body. But evolutionary explanations run the risk of being “just so stories”; they may be fiction, and there is no way to wind back the clock to verify them. Fine calls it Testosterone Rex: the familiar, plausible, pervasive, and powerful story of sex and society. Testosterone drives masculinity; it allegedly explains all those male/female differences.

Cordelia Fine’s book shows that Testosterone Rex “gets it wrong, wrong, and wrong again.” It has been undermined by new scientific understandings. There’s no such thing as a male brain or a female brain; there are no essential male or female natures. Social change is possible: it’s time for society to say goodbye to Testosterone Rex and move on.

There are good reasons for the males of some species to be discriminating in their choice of mates. In one extreme example, the St. Andrew’s Cross spider breaks his copulatory apparatus during his one chance at coitus, and the female puts him out of his embarrassment by eating him. (Fine quips, “No wonder they’re cross.”)

Even within a species, behavior is influenced by environment. In the two-spotted goby fish, more males die off as the season progresses. Early in the season males are competitive; later in the season females take over as the courting sex. The hedge sparrow’s sexual arrangements vary with factors such as the female’s territory size; they range from one male/one female to one female/two males to one male/two females to two females sharing two males.

Traditional evolutionary explanations about sexual selection are based on the assumption that sex is only for reproduction. In lemurs, it may be. But humans have evolved to have sex for many reasons other than reproduction, reasons that may also drive evolution. Women’s and men’s sexual preferences and behavior have considerable overlap and are responsive to social and environmental conditions.

Says Fine: “The across-species variability means that there is no universal template for how genetic and hormonal components of sex play out to affect brain and behavior.”

Risk-Taking Is Not an Essential Masculine Trait

Risk-taking in one domain doesn’t translate to other domains. As Fine puts it, there are “insurance-buying gamblers” and “skydiving wallflowers.” The perception of risks is subjective and is affected by many social factors such as power and status. Studies of risk-taking behaviors in males and females have shown that overall males are more risk-taking, but half of the differences were only modest; in 20 percent of cases females were more willing to take risks. Fine reports this interesting fact: in the U.S., pregnancy is twenty times more likely to result in death than skydiving. And biology doesn’t determine that men should be more competitive. Fine points out that women are increasingly competing for male-dominated jobs such as surgery and policing, where they subject themselves to a high risk of discrimination and sexual harassment.

The simplistic idea that testosterone in utero gives the fetus a “male brain” and absence of testosterone makes a “female brain” has been proven false. Sexual differentiation of the brain is an untidy process involving genetic, hormonal, environmental, and epigenetic factors.

There are plenty of studies measuring a difference in some aspect of male and female brains. There is a shifting mosaic of features, some more common in males, some more common in females, and some common in both. None of the measurable differences are very substantial. Even for the largest, there is so much overlap between the sexes that one in five women are more “male-like” than the average male.

Testosterone Is Not Rex

Testosterone was traditionally viewed as the biological wellspring of the hormonal essence of masculinity, what Fine calls a “steroid tsunami that destroys all hopes of sexual equality.” Not anymore!  Now, no one is suggesting that the testes are a social construction, but the notion of testosterone’s powerful influence has not survived recent scientific investigations. Sure, it does stuff—important stuff. But that stuff is only part of a highly complicated system. Testosterone blood levels are an extremely crude guide to testosterone’s effects on the brain.

“No sex difference in basic behavior comes close to the divergence between the sexes in circulating testosterone, for which there’s only about 10–15 percent overlap between men’s and women’s levels,” Fine tells us.

Testosterone levels don’t predict social dominance or rank. There is no consistent correlation; sometimes levels rise after rank has been achieved. Changes in testosterone might be either cause or effect. Testosterone goes up and down with environmental and social factors; changing levels seem to help animals adapt to circumstances.

The same event can affect individuals differently depending on context. In one ingenious experiment, men were exposed to the crying of one of those programmable babies used to teach high school students. If they were told just to sit and listen, or if the baby was programmed to keep crying no matter what, testosterone levels rose. If the baby was programmed to be consolable, so the men felt they had some control of the situation, testosterone levels dropped.

So testosterone is not king. Castration would not produce sexual equality in society and in the workplace (not that anyone has suggested such a harsh remedy!).

…differences between males and females may not “add up” in a consistent way to create two kinds of human nature; but rather, as with sex differences in the brain, create “mosaics” of personality traits, attitudes, interests, and behaviors, some more common in males than in females, other more common in females than in males…. These findings and patterns are awkward for those who want to argue that the sexes “naturally” segregate into different occupations and roles because of their different nature, or because of a slight advantage of one sex over the other, on average, on a particular trait.

Nature or nurture? Most perceived differences of behavior or preferences are determined by experiences and environment, not by biology. Babies are adaptable; they will develop according to whatever society they are born into. We have already come a long way toward equal job opportunities, but social constructions are not easy to dismantle. First, the message that Testosterone Rex is dead must reach the general public. Then we can concentrate on changing outdated social stereotypes. This will involve changing the environment our children grow up in. Toy stores have gender-coded aisles, men tell dumb blonde jokes, girls are clothed in pink dresses, some expert panels are composed entirely of men…. These may seem like minor things, but they add up. Fine says, “That’s why calling out even seemingly minor points of sexism matters.” There are actions those in power can take, such as implementing targets and quotas, auditing pay gaps, offering paternity leave, rooting out sexual harassment, and rethinking media portrayals. Science can’t determine public policy, but it can inform policymakers that men and women are not from different planets and their behavior and career choices are not dictated by their biology.

The Bottom Line: Men and Women Are More Equal Than We Realized

Cordelia Fine’s book provides compelling evidence that men and women aren’t really very different other than in their anatomy. There is no such thing as a “male brain” or a “female brain.” There are no essential male or female natures but rather an individualized mosaic of features. Testosterone isn’t very important. Biology can’t be used to explain or excuse societal inequalities.