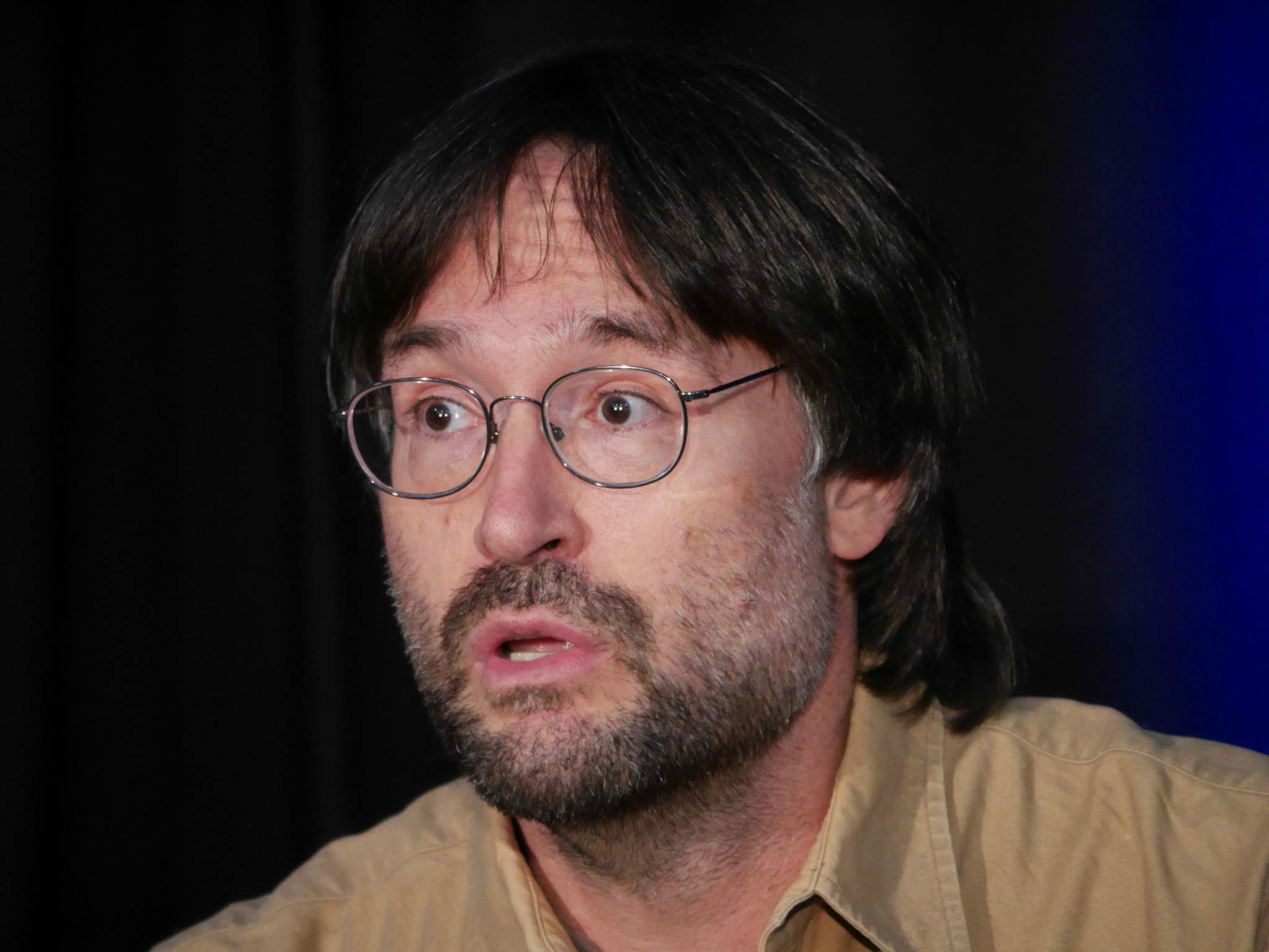 Taner Edis is a professor of physics at Truman State University in Missouri. He is a Scientific and Technical Consultant for CSI and has written several books on religion and science. He will be speaking at CSICon 2017 at 9 am on Saturday, October 28.

Susan Gerbic: Taner, it’s so good to talk to you. Can you give us a preview of what you plan to talk about at CSICon?

Taner Edis: We skeptics know a lot about controversies over UFOs and psychics and so forth and media misinformation about them. I want to bring an international perspective, specifically looking at Muslim and Turkish examples. There is much that might seem new and exotic to us in, for example, Islamic creationism. But a lot of it is also very familiar. Both the intellectual and political contexts in which debates over pseudoscience take place have some universal features. I’ll argue that the commonalities suggest that we skeptics have to pay closer attention to some political concerns about media and education.

Gerbic: Creationism is a topic you write quite a bit about, and being from Istanbul I suppose you are all over the recent news that Turkey is going to stop teaching evolution in science classes. This is distressing to our community and to science educators, but it must be extremely frustrating for you personally. Is there any good news?

Edis: Don’t expect any good news about evolution from Turkey. The Turkish example is fascinating as an illustration of creationist success. Both in public education and in public opinion, the creationists have been fairly successful, far beyond what our American creationists can hope for.

Gerbic: You supported the March for Science this past April. I loved your signs “Save the Passenger Pigeon, wait, too late … Save the Endangered Species Act” and “E = mc(3) (Alternative Fact)”. You wrote on Facebook “I enjoyed the event, including how we got to pat ourselves on the back for being more rational than the alternative-facts crowd. And, yet, little that we did made sense without the very questionable myths about science that framed everything.” If I understand you correctly, are you saying that the march would not have been possible if science didn’t have a nemesis? It’s been months since the march; are you seeing any signs that it accomplished anything lasting? 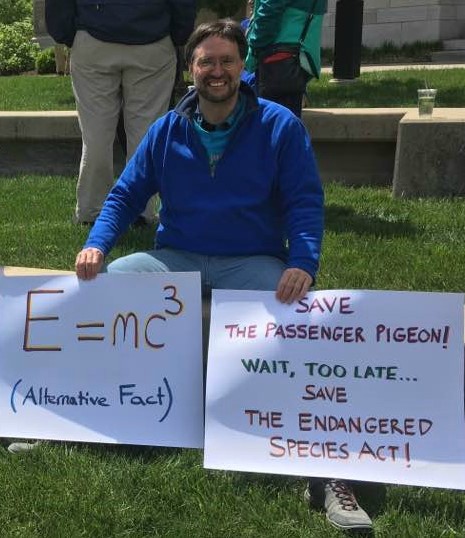 Edis: By “myths about science,” I meant how when we argue for the public utility of science, we almost entirely draw attention to applied rather than basic science. And we present applied science very selectively: we talk about medicine and the awful diseases that can be cured, but not, for example, about weapons research and the number of people we can exterminate. That’s unavoidable, I suppose. But the March for Science was still useful like all such political demonstrations are. It makes a constituency more visible and tells like-minded people that they’re not alone. It might help further organizing, or it might fade away without any follow-up. It’s hard to say.

Gerbic: You are the author of many books about science, Islam, and creationism. In 2016, you published Islam Evolving: Radicalism, Reformation, and the Uneasy Relationship with the Secular West. Can you tell us what you are working on next?

Edis: I’ve been writing a few papers. One that might be of interest to skeptics is about the question of when it might be rational to believe in certain falsehoods. The argument turns on the costs of acquiring and possessing beliefs; sometimes truth is just too costly. (I teach physics, but for many years now my main area of research has been philosophy of science, mostly on science and pseudoscience issues.)

Gerbic: One of the topics that I was surprised to learn you are very interested in is crop circles. You said in your book Science and Nonbelief, “So we do not need to find the perpetrator of every crop circle to figure out that probably they all are human made.”

Edis: For some reason, I’ve acquired an online reputation as a critic of paranormal claims about crop circles. Not so much, really. In Science and Nonbelief I used crop circles as a nice illustration to illustrate a more general point: that skeptics don’t need to solve every damn mystery. Then somehow a few crop circle proponents got wind of this and thought my brief remarks needed a response. But I’ve never written more about crop circles, and my association with crop circle–skepticism is still rather amusing to me.

Gerbic: CSICon is quickly approaching, and the Halloween theme will be a zombie disco. I know you physics professors are a wild and crazy bunch.  Any chance we will be seeing you in bellbottoms and a sequined top?

Edis: Close to Halloween, I often show up in class wearing a wizard hat, and if I remember, I might do something similar at the CSICon conference. But you do not want to see me on any dance floor. I’m one of those people who can show you the meaning of the “two left feet” metaphor. My wife had given up on me years ago.

Gerbic: Thank you, Taner. I know you are super busy and have just returned from a trip to Turkey and Wales. I look forward to hearing your talk at CSICon. Readers, remember to get your tickets soon for CSICon. Try to arrive on Wednesday in time for the workshops and remain until late Sunday or even have breakfast with me and the rest of the “survivors” on Monday morning. Follow the Facebook page for the convention activities to see where people are hanging out.