I first saw the Northern Lights from between the cars of a speeding Canadian VIA Rail train at about the fifty-eighth parallel north. I was on the last leg of a three-day journey five hours shy of Churchill, Manitoba, known as the polar bear capital of the world. It was about four in the morning, and nearly everyone else in the car was asleep, rocked and rattled into some semblance of slumber. I too needed sleep but was drawn to the mesmerizing celestial dancing greenish streaks outside. Being in such a remote location, so far away from Winnipeg’s light pollution where the journey began, the stars and lights contrasted spectacularly against the inky night sky. The rushing wind blasted frigid sub-Arctic air in my face, making the experience uncomfortable and even painful, but I couldn’t resist. Even a “clean” window on the train—a greater rarity than the lights—was too much of a barrier. I needed firsthand experience with the lights, at least for a minute before my wind-whipped eyes teared up.

That was a decade ago, but the experience resonates with me to this day. So when I heard that there was a new book out about the aurora, I was intrigued. Not only because the author studied the science behind the phenomenon, but also because she researched its history and folklore. I interviewed physicist Melanie Windridge, author of Aurora: In Search of the Northern Lights. 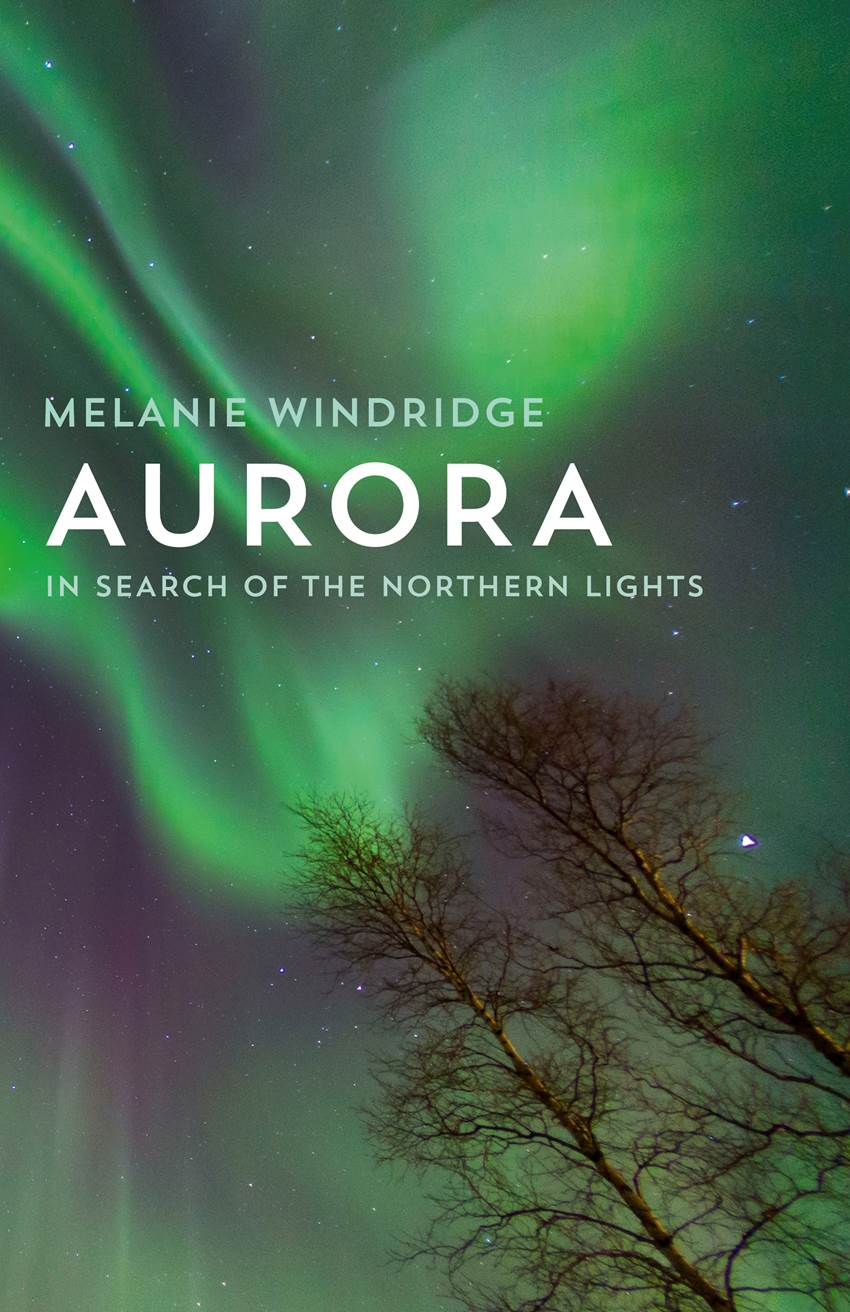 I asked Windridge what first piqued her interest in the subject. “As a plasma physicist, I decided I should see the most impressive natural plasma phenomenon in the world, which was the aurora,” she replied. No armchair-ridden ivory tower egghead, Windridge is a veteran of days-long treks and wilderness expeditions. Her website features photos of her summits, and her book contains many compelling first-person adventures in Iceland, Scotland, Sweden, and Norway. “I love the mountains. I love the outdoors. I love snow…. I was very drawn to the Arctic and these wild, remote, open places. It seemed like the perfect combination, really.”

“When I was doing my undergraduate work, I had no idea what I’d be doing now…. I was doing fusion, so it was very lab-based, so it was very different for me to say I want to get out of the lab; I want to study physics in a very different domain. It’s really wonderful to see this phenomenon that really touches you on a personal, inner level…. But also to look at the science of it, and understand that the science doesn’t take away that feeling you get. It’s still magical. In fact, knowing the science makes it even more incredible.”

Indeed, I noted that in Richard Dawkins’s book Unweaving the Rainbow he discussed that very notion, that knowing the science behind how a rainbow is created doesn’t detract from its awe or beauty: “Mysteries do not lose their poetry when solved,” he writes. “Quite the contrary; the solution often turns out more beautiful than the puzzle and, in any case, when you have solved one mystery you uncover others, perhaps to inspire greater poetry” (p.41). After offering a rich and elegant explanation of the optics and physics of rainbows, Dawkins asks, “Could anyone seriously suggest that it spoils it to be told what is going on inside all those thousands of falling, sparkling, reflecting, and refracting populations of raindrops?” (p. 49).

As for the layperson’s understanding of what creates the aurora, it’s certainly true that charged particles come down from the sun along magnetic field lines, but Windridge says that’s only part of the explanation. “The thing that gets missed out is the process of acceleration…. You mentioned charged particles and magnetic fields, and yes both those things come into it. But there’s a bit more to it.” It doesn’t explain, for example, why we see the aurora at night: How are the charged particles getting around the back of the planet since they’re coming from the sun?

The answer is that “you need this process of acceleration as well…. It happens when solar winds hit the Earth’s magnetic field; it sets up a cycle which ultimately creates a catapult behind the Earth, and that fires particles down the field lines into the atmosphere. That catapult is accelerating electrons, a process called magnetic reconnection…. Without that acceleration process, we wouldn’t have the bright aurora that we see; it just wouldn’t happen.” You can find a more detailed explanation on her website; the aurora effect is still not fully understood, and as with all science the research continues. 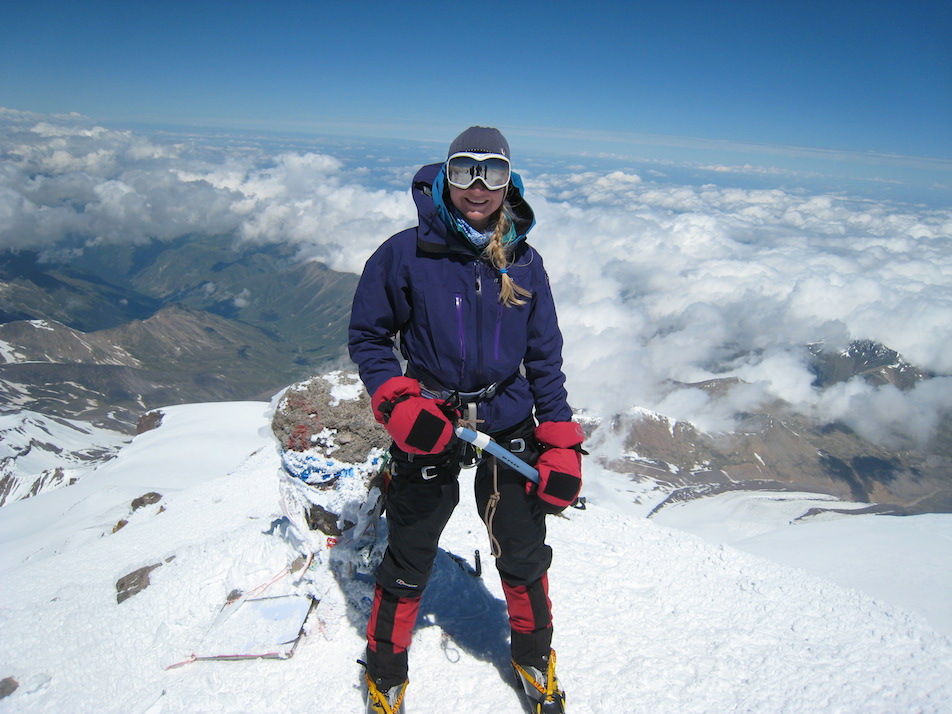 Lore of the Lights

Beyond the science, legends and stories about the aurora date back millennia: “Some of the earliest writings may go back to the Bible,” Windridge notes, where celestial descriptions suggest an aurora display that was perhaps interpreted as a divine vision. In the lore of indigenous people, “there is often the threat of spirits…. They’d say that the aurora was spirits; sometimes it was spirits of their unborn children, or their dead relatives, or maybe their enemies.” The spirits were said to be doing different things, and the motion of the lights was often likened to stirring cooking pots, causing big spirals in the soupy sky.

As is often the case with legends, the lights sometimes served as a boogeyman, a form of social control. For example, Windridge notes that inhabitants of northern Norway would warn that “you mustn’t tease the aurora because otherwise it would come down and burn your hair, or come and get you.” One Sami reindeer herder told her that “the aurora were natural babysitters—that’s what he called them—because he said parents would tell their children that they mustn’t be home late because otherwise the Northern Lights would come and get them!”

Windridge notes that for many in Arctic regions the lights are normal and unremarkable; several people she interviewed were bemused by the attention she and others bestowed upon the phenomenon. After all, to them it’s just like part of the weather. Because of that she found that stories about the aurora specifically were curiously sparse; instead, “the stories aren’t about the Northern Lights [specifically]…often they just weren’t there. Instead they were embedded in other stories and legends.”

“I didn’t want to just write a science book,” Windridge says. “I wanted to celebrate the beauty and magic of the aurora and how captivating it is, and also explore the history of Arctic exploration and the cultures there…. It’s this wonderful crossover between art, history, science, culture, and landscape. I wanted to tell the whole story, not just take one little branch of it and say that’s it.” Indeed, her book Aurora goes far beyond the science of the lights and explores the people and cultures that live under them, as well as fascinating tidbits of historical trivia—and the occasional helpful footnote on Icelandic pronunciation.

As for how she got into the field: “I always loved physics. I liked science in school—it was just playing, really—‘Oh, hydraulics, what do these things do?,’ and that was just fun. In high school, physics was a separate subject and I liked it; it was just so interesting. I liked finding out how the world works. I just knew that I liked physics. I also knew it was unusual…. I was at a girl’s school and most of my friends hated physics. But I just knew that I liked it, so even [as a teenager] I knew I wanted to study it at university. I later got interested in fusion energy because I was interested in the environment and worried about climate change and the energy security problem” of finite fossil fuels. 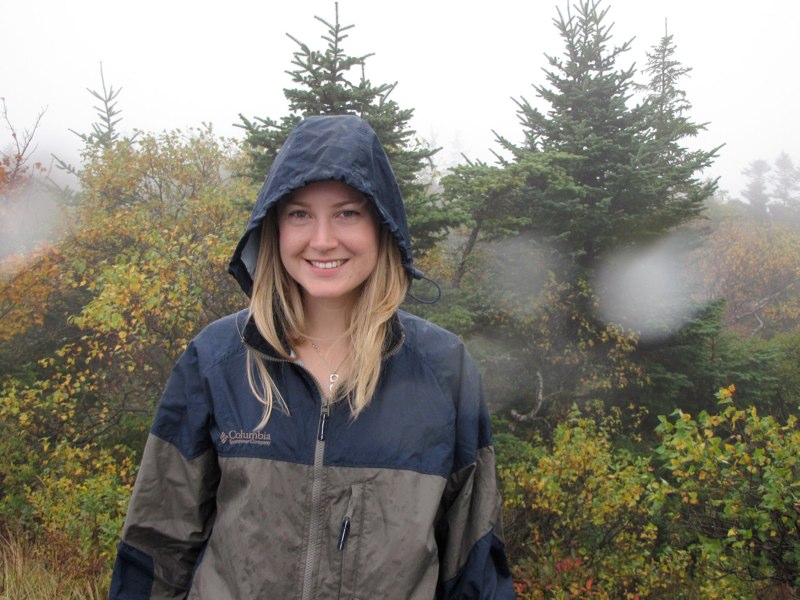 Aurora: In Search of the Northern Lights combines Melanie Windridge’s passions: “I’m really interested in pushing the boundaries, doing impossible things, and exploration. I love mixing science with adventure. I love the stories of the polar explorers. I’m a mountain climber and so I love that history. I love the history of exploration, of doing things that have never been done before. That’s what scientists do; that’s what explorers do.”