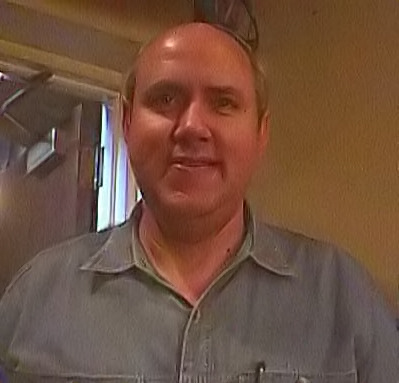 In early January 2018, I was informed that Thomas Bopp had died. If that name sounds familiar, think Hale-Bopp comet. It’s very likely that many of you reading this today may have watched the night sky during the months it was visible in 1997.

I’m going to tell you a story. Not just about Thomas Bopp, but the story of his Wikipedia page and how that relates to the powerful crowd-sourced project I run, Guerrilla Skepticism on Wikipedia (GSoW).

GSoW is a Wikipedia editing team. We completely train people from the most basic edits to becoming advanced editors. We mentor them throughout the training with one-on-one feedback and instruction. We are at about 120 people right now, who live all over the world, and edit in many languages. The GSoW is
unique as we focus on Wikipedia pages concerning scientific skepticism, the paranormal, and science. Because most pure science Wikipedia pages are written and maintained by experts, our team focuses on the people and organizations behind the science.

Training to be a GSoW editor typically takes months to complete, and one of the last assignments is to rewrite an existing Wikipedia page. I keep a short list of Wikipedia pages for new editors to choose from, and one name has been on this list for some time: Alan Hale. I’m NOT talking about the skipper from Gilligan’s Island, but the first name on the Hale-Bopp comet. Editor Rob Palmer choose Alan Hale off the rewrite list to finish his GSoW editor training. He brought the page up from eight citations to thirty-five citations. We had a discussion on the Secret Cabal (that is the GSoW hidden group on Facebook), which led us to the Thomas Bopp page.

It was really embarrassing, and comparing it against the Alan Hale page, we felt that we could not allow it to remain in the condition we found it in with four citations. It was smaller than a stub page, what I call a “non-scroller”—you don’t need to scroll to see the whole page on your screen. We knew that Bopp was an amateur astronomer, and although he was the second name on a comet, we really didn’t think we would find enough to improve the Wikipedia page.

GSoW editor Ruth Nolan decided to give it a try. She spent about a week researching Thomas Bopp, reading interviews and news reports adding the content to the page, and just general fussing. Then she gave the page to the Cabal, were editors rip into the citations, improve grammar and sentence flow, read it over and over to make sure the average Wikipedia reader would understand the content and enjoy the page. She took it from four citations to where it is now: twenty-nine. Before Ruth rewrote the page, it was only nine sentences long. Now it’s about six paragraphs long, with a nice photo of comet Hale-Bopp.

I knew next to nothing about Thomas Bopp, and assume that is what most people would say. I rarely get to create Wikipedia articles these days, but I do spend a lot of time reading and reviewing what the team is working on. I learned a lot about this man and think the Wikipedia page holds up well.

I always thought Hale and Bopp were friends or coworkers hanging out together when they discovered the comet. That’s not what happened at all. It turns out that Alan Hale and Thomas Bopp pretty much discovered the comet at the same time, but Bopp didn’t have cell phone coverage in the Arizona desert and traveled toward home and stopped at a pay phone. Then he realized that he didn’t have the phone number with him, so he waited until he got all the way home and sent a Western Union Telegram. Yes, I said a telegram; this was 1995. He had email, but I guess he took the name of the agency he was reporting to literally. He reported the comet to the Central Bureau for Astronomical Telegrams. In the meantime, Alan Hale had already emailed the agency the comet’s coordinates.

When Bopp was three, his father showed him a meteor shower while sitting on the front porch of their home in Youngstown, Ohio. When he was ten, he got his first telescope. Bopp joined the Air Force, married, and had one daughter. After leaving the Air Force, he went to college where he took business classes and also astronomy classes. He joined the local astronomy club and became friends with professors, Edwin Bishop and Warren Young, as well as astronaut Ronald Parise. In 1980 after taking a job in Phoenix, Arizona as a manager of the parts department for a construction company, he found new friends at the local astronomy group. The North Phoenix Alternative Astronomical Society would often meet in the desert, set up telescopes, and take turns looking at the sky. Bopp had never seen a comet before; his friend Jim Stevens had set up his telescope to look at globular clusters. After a while, Bopp noticed “a fuzzy little glow” and asked his friend what he thought it was. The group took turns viewing the fuzzy glow, drawing the position, and following its movement.

When the director of the Central Bureau contacted Bopp with the news that indeed he had discovered an unknown comet, Bopp was shocked. It was the very first comet Bopp had ever seen, and finding a new comet was rare. The comet was named Hale-Bopp because Hale’s email reached them first.

As the now-named comet Hale-Bopp became more visible, Bopp’s fame grew. He gave lectures and appeared on TV and even a spot on Bill Nye’s Science Guy show. Bopp was able to quit his job at the construction company; even his father was able to tour with him.

During the week the comet was most visible, in 1997, Bopp’s brother and sister-in-law were out photographing the comet and were killed in a car accident. Bopp said that this was the best and worst week of his life. The astronomers Carolyn and Gene Shoemaker, who were the codiscoverers of Comet Shoemaker-Levy, named an asteroid after Thomas Bopp and his father, and a couple of years later, the Shoemakers died in a car accident.

The other ominous history of the Hale-Bopp Comet you might remember is of a certain UFO doomsday cult that thought a spaceship was traveling behind the comet. They committed mass suicide in 1997 in the belief that they would be picked up by the spacecraft. You might remember this as Heaven’s Gate.

So, Thomas Bopp was just a regular guy—using a borrowed telescope, hanging out with friends in the Arizona desert looking at the sky. He wasn’t an astrophysicist or using an expensive telescope at an observatory. He was just a guy, someone whose father also loved the sky. Astronomy was a hobby, something he spent considerable time learning about, but just a hobby.

Thomas Bopp’s Wikipedia page was an embarrassment until GSoW got interested. Now thousands read about him and his codiscovery. Since we rewrote the Wikipedia page in December 2016, it has been viewed 30,798 times. Not a ton, and most were in the week we launched the rewrite and in the week of his death in January 2018.

We don’t write Wikipedia pages because we think they are popular; we are all volunteers. We work on pages that interest us, and it is important that we write them so they interest average readers. When the media learned of Bopp’s death at the young age of 68, I would not be surprised if they leaned heavily on the Wikipedia page and the citations that Ruth left to be found. All the more reason the Wikipedia page needs to be well-written, accurate, and complete.

What I really love about the Thomas Bopp Wikipedia page story is that possibly thousands of students will find the page, be curious, and follow the twenty-nine citations we have left as a starting point to learn more about him and the history of the discovery of the comet.

I’m writing this in the week that SpaceX has successfully launched a Tesla convertible, complete with a driver and a copy of Douglas Adam’s Hitchhiker’s Guide to the Galaxy book in the glove compartment. Another generation is inspired to pursue science as a profession and hobby. I’m happy knowing that GSoW has had a hand in helping by creating interesting Wikipedia pages for Hale and Bopp. I’m also smiling because when they read about Thomas Bopp, they will learn that he was not an academic with an advanced degree and he didn’t have an expensive telescope, he was someone who had a love for astronomy and happened to look up at the sky on that night and say, “What’s this fuzzy object?”

I think I should take a moment and mention that GSoW has written or rewritten many Wikipedia pages concerning astronomy. We are up to thirty-three pages at the time I’m writing this, most in English but a few in Spanish, Italian, and Portuguese. Those thirty-three pages have received 716,495 page views since we created them. Every month that number increases by 26K more views.

If you are inspired and want to become a GSoW editor, it isn’t hard to sign up. All training is self-paced, online and with a personal trainer. You need to have a Facebook account, be a self-starter, and good at finishing tasks. Training takes months, but you will be in close association with an awesome group of people. Send me a private message on Facebook, with your email and Wikipedia user name, and I’ll get you started.