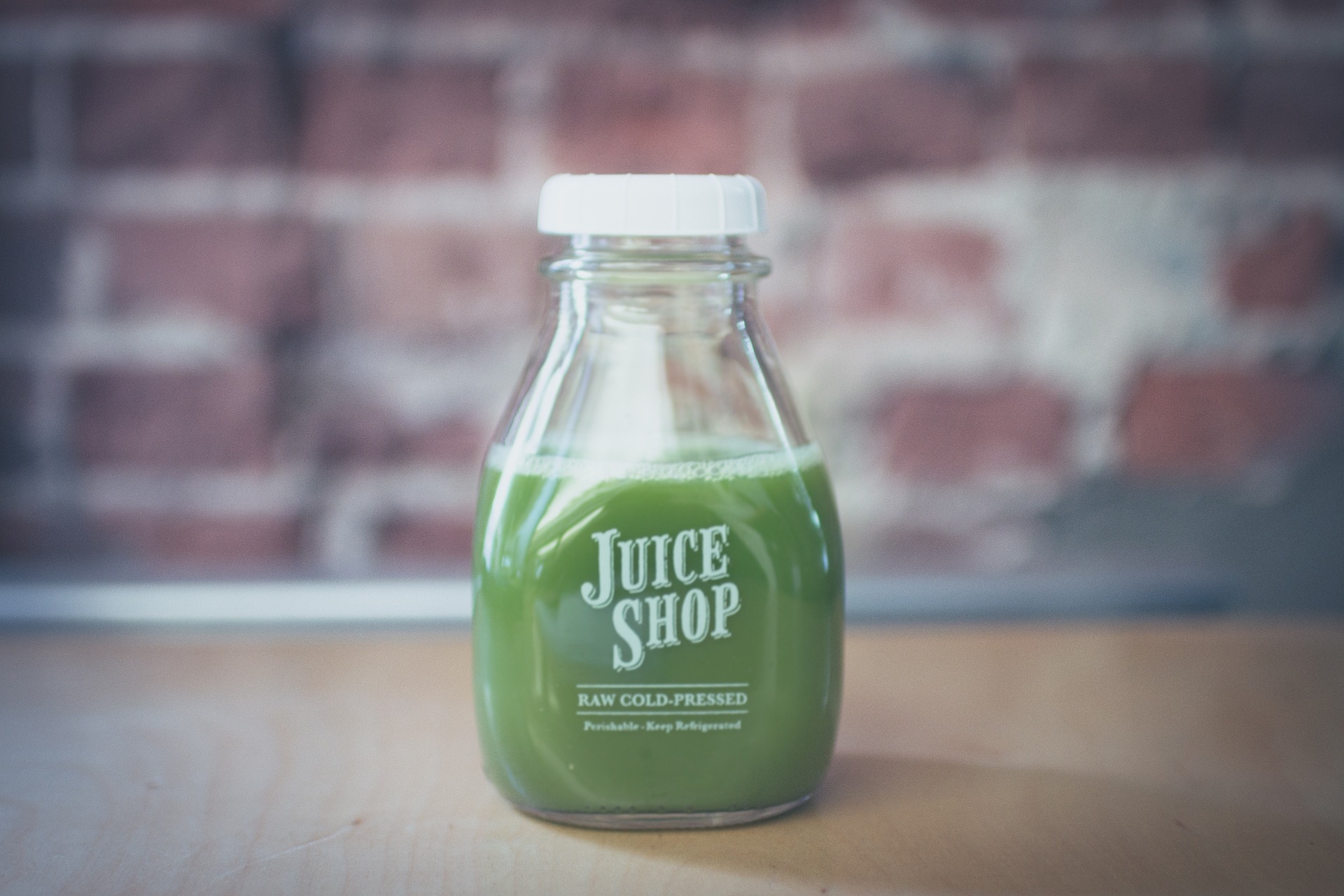 Cold-pressed juices, quitting sugar, Paleo, hot yoga, mindfulness … if you embrace these things you will be happy, you will be well—just ask Instagram. Wellness has become a global mega-industry. But does any of this stuff actually work?

Feeling exhausted, anxious, and out of shape, journalist Brigid Delaney decides to find out—using herself as the guinea pig. Travelling the world, she tries colonics, meditation, silent retreats, group psychotherapy, and oodles of yoga, working out what is helpful and what is just expensive hype. And she’s documented it all in her new book,Wellmania: Misadventures in the Search for Wellness.

Brigid Delaney is a senior writer for Guardian Australia. She has previously worked as a lawyer and journalist at the Sydney Morning Herald, the Telegraph(London), ninemsn and CNN. She is the author of two books: This Restless Life and Wild Things.

Brigid Delaney: It started with me accumulating all these experiences. Twelve years ago, I started in Western Australia; I went to a Benedictine monastery in the town of New Norcia—and I stayed at the monastery as a guest and I was trying to be still, and drop into the place, meditate and pray. I found that I just didn’t have the foundations, either religiously or otherwise, to be still. So, I started exploring meditation after that in various places around the world.

In that time, I really noticed that an industry was springing up, which is the wellness industry. It caters to these anxieties or things in daily life that aren’t making us sick, but they’re making us a bit sub par.

Kylie Sturgess: You talk about the treadmill of wellness and something called the “healing crisis” paradox. Can you tell us a little about that?

Delaney: The healing crisis paradox is something that I saw when I was doing a long fast. I didn’t eat anything for a couple of weeks as part of a 101-day detox. I had all these symptoms: I was very headachy, really ill, really sore everywhere. That was my body screaming out for food and for nutrients. When I go online and go on these fasting websites, they’d say, “That’s your body having healing crisis. It’s going back to all these old wounds and repairing them. Don’t worry, you’re fine, you can keep on not eating.

The treadmill is just the fact that the wellness industry doesn’t really have an endpoint. It does promise that we’ll be thinner in fourteen days or we’ll be able to meditate or something will have changed in a finite period of time, but you’ll find that as soon as you’ve done that programme, there’s a new one to do.

Sturgess: You mentioned going online in order to find out solutions as to why you felt so bad. Do you think the online helps or hinders these sorts of processes more when trying to figure out better health?

Delaney: It definitely hinders. Also it gives you a sense of what other people are going through I think. If you’re doing something like a fast, you are very alone in your body. You can’t necessarily be having a doctor’s appointment every day just to describe your crazy symptoms!

So, an online community lets you Google smelly tears, which is what I had at one point. You can find out that if anyone in the world who’s fasting has had their tears smell bad! However, we all know that if you get all your medical advice online, it’s no better than consulting someone over the back fence who’s not a doctor. In fact, it’s probably slightly worse because a lot of people online have a certain philosophy to push.

Sturgess: You mentioned trialling these sorts of efforts to improve wellness over quite a number of years—did you see certain trends map up with what was happening in society? At one point you mentioned Brexit for example, and levels of anxiety and maybe that mapping into searches for wellness.

Delaney: A lot of the book was written last year, and last year was a really massive year in the news cycle. You had Brexit and Trump, the primaries, and all that sort of stuff. Of course, there was the Australian election—which wasn’t that interesting in comparison!—but it still did add to a sense of “things in flux.” I saw that around a lot of places … Brexit was referenced in yoga classes by instructors walking around saying, “You may see a change but change will come—and you can’t do anything about it.”

I think the full effects of those social movements, particularity Brexit and Trump, are yet to really settle and hit. They will change people’s lives in very dramatic ways. That’s still playing out. The anxiety around them, I think did cause people to maybe go to their yoga studio or investigate meditation, or just try and freak out a little less.

Other trends I saw, ten years ago we had the iPhone introduced, which I think changed everything in terms of how we focus. Most people have this little device that is with them all the time, that’s a super fast computer, that’s constantly pinging with notifications and that really has driven us … a lot of us a little bit crazy! I think the rise in interest in meditation is connected to the life of the iPhone.

Sturgess: There’s a certain irony in the origins of certain practices such as yoga and meditation, being about austerity and being for everyone, but now they’re a multi-billion dollar industry. You mentioned how these forms of exercises have become originated from spiritual backgrounds and now we’ve got a growth of secularism, particularly in Australia, as demonstrated in the last census. What are your thoughts about how it has deviated from those original sources?

Delaney: It’s quite bizarre, particularly how big yoga is. It is an exercise now, just physical exercise. That’s at least how I practice it. I don’t practice it as a Hindu person. I practice it as someone wanting to get more toned. The more I investigated yoga and spoke to people in Australia who were really good yoga teachers, I got a sense of where the spirituality lay in yoga and how they used it. Essentially, a lot of the teachers were using yoga to get their body to a point of fatigue or stillness that they could then meditate properly. The yoga was essentially a part of a meditation practice, which I found really interesting.

A lot of those teachers that I interviewed had had really traumatic instances of anxiety. One guy I interviewed was involved in the after-effect of September 11. He was working downtown. Yoga for him was pretty much the only way he could get rid of his anxiety and allow him to sit and meditate, which is what he needed to do.

For most of us though, we’re not likely to have much sense of the spiritual background of a yoga class. We go in our $110 pants to our $30 class, and you’ll notice the class is, those classes particularly, I did a lot of this book in Sydney. They stuff you in. You’re like sardines in there. You’re paying $30. The teacher is not being paid all that much. It’s a real, I won’t say racket, but it is definitely a real money spinner.

Sturgess: What I really enjoyed about Wellmania: Misadventures in the Search for Wellness—I’m speaking to the author Brigid Delaney—you went and really investigated some of the characters behind the wellness trend. Meeting Bikram of hatha yoga fame; you went to Deepak Chopra: How do you separate some of the negative elements from the positive things you discovered during your journey?

Delaney: I think with Bikram and Deepak is that people do get something out of their product. A lot of people really enjoy Bikram and find it makes them feel great. Bikram as the guy was one of the worst people I ever met. He was horrible. After meeting him and vowing total warfare forever on him, I ended up going to his classes, or his studio, and finding his classes really enjoyable for a period of time.

With Deepak it just wasn’t for me. I went and saw him in a three-day conference in Melbourne last year. A lot of people who are Deepak people have followed him for years and years and probably were able to pick up the threads of his message easier than I was. I found him a little bit hard to follow and it wasn’t something that I was into.

This is not necessarily Deepak’s philosophy but around those circles there is this notion that you create your own sickness, but if you’ve got cancer, say ovarian cancer, it might be because you’ve repressed your sexuality early on in life or you were promiscuous, or something. In those circles, there’s this extreme mind-body thing where you are blamed for causing your own illness. I thought that was ridiculous.

Sturgess: Ultimately you suggest, “shooting for your own serenity.” I know that must be incredibly difficult for anyone considering the commodification of the wellness industry out there. The book’s called Wellmania after all! How worth it is it in the end? How much do you suggest that people go out there and try some of these things, without hopefully hurting their hip pocket or feeling like they’re jumping in with quackery?

Delaney: I think the main thing, and I think everyone knows this it’s just we don’t follow it: just move every day, move a little bit every day. Stretch. Be in nature. Have quiet times in the morning, at the start of each day and the end. Which is essentially meditation.

You don’t need to spend $3000 on a yoga retreat, but you can have a holiday where you don’t bring your device. That can create some of the feelings of introspection that you get when you go on these digital detox holidays.

I think there are elements in all these things that are really useful—it’s just that the market has packaged them up, labelled them, and then sold them back to us at a very high price.