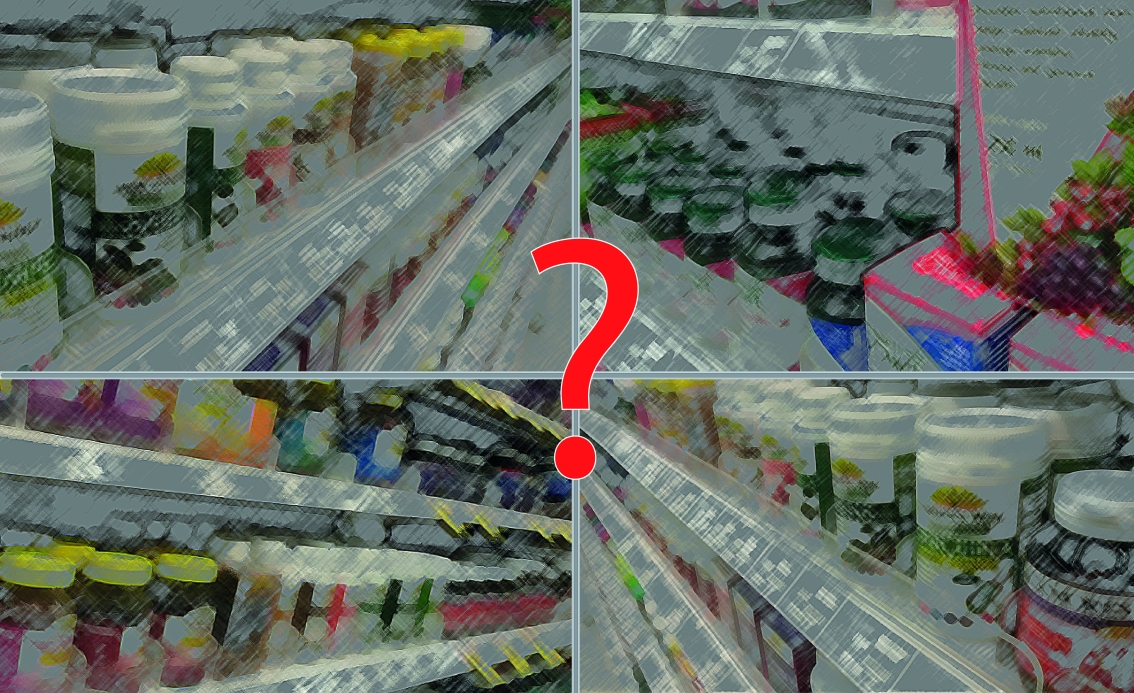 A study out this month has discovered that some Chinese medicines contain toxic heavy metals, undisclosed prescription medications, and the DNA of snow leopards, cats, and dogs.

In addition, the paper, called “Combined DNA, toxicological and heavy metal analyses provides an auditing toolkit to improve pharmacovigilance of traditional Chinese medicine (TCM),” finds nine out of ten Chinese medicines have a substance in it that’s not declared on the label.

I began by asking what defines Chinese medicine: 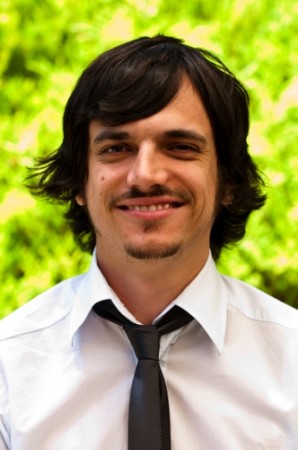 Dr. Garth Maker: It’s a very broad term and there’re lots of things which are encompassed within traditional Chinese medicine. I guess from our perspective, we’re interested in the herbal and other preparations that are used in the form of tablets and teas, and such and that are based on some aspect of this very ancient system of medicine that’s been around for about five thousand years. From our perspective, it’s the herbal compounds that are derived from these traditional Chinese practices.

Kylie Sturgess: How did the research get started? What led Curtin, Murdoch, and the University of Adelaide to combine to do this study?

Maker: There has been a small number of reports within the clinical literature of adverse reactions where individuals have presented to emergency rooms with some sort of reaction to a herbal medicine they’ve been taking. It’s not widely reported. We know it’s been considerably under reported in fact, but there was enough there that suggested that maybe there was something worth investigating. Then at the same time, we came together because we each had a different aspect of the expertise that was required to combine these new technologies into this study, so this particular combination of things has not been applied to herbal medicines before.

Sturgess: What was discovered in the range of Chinese medicines that the study looked at? What were some of the findings?

Maker: There are sort of three major areas of concern that we’ve determined so far; the first being we identified a number of medicines which contained endangered species, so they contained DNA that suggested some material from an endangered animal or plant had been included within that preparation. That included things like DNA from snow leopards, which are obviously highly endangered, and other things like snakes and frogs for example. We suspect in these cases that it may be that they’re included for their perceived medicinal benefit which we know that some animals are thought to have, even though there’s often no evidence to support that.

We also found other DNA from organisms like rats, cats, and dogs, which suggests that maybe these products are not being manufactured in the clean environment that we would expect from the manufacturing of products for human consumption. Those are the first area.

The second area was then the presence of undeclared pharmaceutical compounds, so things that could either be derived from plants or that actually are completely synthetic drugs, which have most likely been added to achieve a specific therapeutic outcome. For example, we found herbal medicines that had been sold for hay fever treatment that contained antihistamines, so conventional drugs had been added so they did what it said on the label, if you like.

A lot of them contained ephedrine, which could be derived from plants, but at the same time if you took something with ephedrine in it, it’s going to give you a buzz. It’s going to make you feel stimulated, and therefore it might be added for that particular purpose. People take it and think this is amazing; I’m going to keep taking it because it makes me feel great.

Sturgess: So, they’re paying for something that they could get over-the-counter, at any chemist?

Maker: Exactly, although the fact that it contains ephedrine means that it should be much more tightly regulated than it is in terms of how easy it is to buy these particular herbal medicines.

We also found prescription medicines that automatically made some of these compounds not legal for sale in this country, so things like warfarin (which obviously has to be used under close medical supervision), sildenafil (which is the active ingredient in Viagra for example), and also some corticosteroids (which are very tightly regulated). Obviously there’s great concern there because people might be unwittingly consuming these compounds without realizing it.

Sturgess: Is the sample that you collected, is that representative of most Chinese medicine that’s being sold in Australia do you think?

Maker: This is obviously difficult for us to determine at this stage. Since this study was completed, prior to publication we obtained a grant from the National Health and Research Council to expand the study. We’re looking in this instance around three hundred herbal medicines that we’ve then purchased from around the country so that we can then much more clearly elucidate the scope of the problem. That’s what we’re currently in the middle of at the moment. We’re processing those samples and we’ll certainly be making that data widely available as soon as the study is completed.

Sturgess: What Chinese medicine actually contains is a big question. Why does the TGA (Therapeutic Goods Administration https://www.tga.gov.au/) allow for Chinese medicines that don’t actually have contents listed on the label, and in fact have arguably dangerous contents in them, to be sold? What’s going on with the TGA in Australia there?

Maker: This is quite a complicated issue. We know for one thing that the TGA doesn’t really have the resources that it needs. Certainly one thing we would be advocating for would be for them to have greater resources. Because of that lack of resources, they’ve actually adopted an effectively and honesty system when it comes to what we refer to as listed medicines.

These are things which we think of like herbal medicines, dietary supplements. They need to be approved for sale, but the system is effectively such that an individual says I want to sell this, they fill out a form that says what’s in it and what it’s purported to do, and that is then taken as read by the TGA. There’s no widespread independent testing that goes on to actually concern that these things are safe, let alone efficacious.

That’s the gap in the system at the moment. That’s certainly what we would like to see addressed as one of the outcomes of our work.

Sturgess: What’s the likelihood of harm, not only to let’s say the poor, old snow leopards who are being put into these medicine, but people if they take these products?

Maker: One of the biggest issues we found is the difficulty in many cases actually understanding the labelling. In some cases the labelling was incorrect. In other instances it was not written in English, so it was very difficult for us, let alone a patient, to actually determine whether or not this thing was safe and also to determine what the appropriate dose was. In some cases, we found medicines that were recommended to take sixty-four tablets a day.

Sturgess: Wow. Why would anyone want to take that many tablets a day?

Maker: Just counting it out would take up half your day! Obviously that then has an issue in terms of how much people are taking, how much they’re potentially being exposed to … I mean there’s some key risk groups here. We know some people use these medicines because they’ve perceived them to be natural and therefore safe. Obviously if you have groups like children, pregnant women for example being exposed to these things, there could be consequences.

At the same time, those individuals who already have chronic health issues and are taking numerous other medications, then the medications that we found within these things could potentially interact with their other medicines and cause unintended side effects.

One group that we did sort of realize as we started to see the data of course was professional athletes. If we’re finding things like steroids and other restricted compounds, they could unwittingly return a positive drug test, even though as far as they’re concerned they have abided by all the regulations. There are a number of areas where there’s a potential for great risk and harm to individuals.

Sturgess: Let alone cost. I’m trying to imagine a bottle containing sixty-four tablets, and that’s one day’s dose according to what they’re recommending. My goodness.

Sturgess: There’s news of a Sydney research institute that’s trialling Chinese medicine for vascular dementia. It’s the National Institute of Complementary Medicine based at the University of Western Sydney. They’re doing a trial to see how well this particular Chinese herbal medicine works in treating vascular dementia. What’s your take on that? Should we be skeptical of these kinds of trials as well?

Maker: It’s a difficult question. This system of medicine is over five thousand years old, so there is a phenomenal amount of knowledge there that we would be fools to ignore because it’s got such a history. We should certainly be looking to traditional medicine for inspiration for new conventional medicines. At the same time, from our perspective the issue of efficacy cannot be properly addressed until we are confident that these products are safe.

That’s what our concern is at the moment; are these things actually safe for consumption by the general population? Once we can say yes, we have a well-regulated system whereby we know that what it says on the label is what’s actually in the product, then I think we can move on to addressing these issues of do they actually work and what potential pharmacological applications could they have.

Sturgess: How do we encourage a well-regulated system? You mentioned that further studies are going on, including a grant to look at what’s being popped onto Australian shelves in terms of traditional Chinese medicine. But what can we all do about the findings?

Maker: I think the biggest issue is the issue of reporting. We know that a substantial portion of the population uses alternative medicines; not just herbal medicines, but all sorts of other complementary therapies. We know at the same time that the majority of those people do not disclose that to their general practitioner.

The medical community is not aware of the scope of use of these particular compounds, and then at the same time when things go wrong people often don’t go to their GP or they don’t fully disclose what has potentially caused the adverse reaction, so we also have considerable under reporting of these adverse reactions.

If we’re actually able to gather that sort of evidence, if people were more open about what they use with their health practitioners, then hopefully we can start to say you can see the scope of the issue that exists within, for example, the Australian population, and that will help us to then lobby for greater resources for the TGA, greater resources for further research into these compounds. We think that’s probably the key first step that the general population can be involved in.