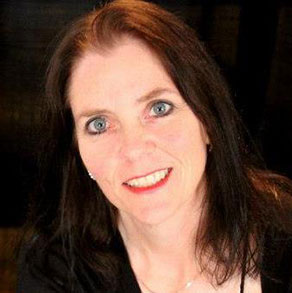 Affectionately called the Wikapediatrician, Susan Gerbic is the co-founder of Monterey County Skeptics, a Steering member of the Independent Investigation Group (IIG) and a self-proclaimed skeptical junkie. Susan is also founder of the Guerrilla Skepticism on Wikipedia, and World Wikipedia projects.

One of the most amazing people you have probably never heard of is magician and optical illusion inventor Jerry Andrus. He was a staple of many TAM's and
CFI's Skeptic's Toolbox sessions until his death in 2007. Well known in the magician's community, he was visited by Penn & Teller and David Copperfield
at his home in Albany, Oregon—affectionately called the Castle of Chaos. This home now sits on Oregon's list of historical homes because of the effort of
the Oregonians for Rationality group and Jeanine DeNoma.

More on Jerry Andrus in a moment.

The Guerrilla Skepticism on Wikipedia (GSoW) project was started in May 2010 as an effort to unite editors to become more skilled at adding skeptical
content to the fifth most popular Internet site in the world. I discovered that there are people in our community that have been looking for a way to
become more involved but need more structure, support, and training. The English team has been very successful in cleaning up pseudoscience pages that were
missing citations or, in many cases, citations which simply pointed back to a personal website. This was the case on several psychics' pages.

As you would expect, having a Wikipedia page is a notch-up in credibility for these people. If the page is going to be allowed to remain then only
credible, secondary sources are allowed. Articles in noteworthy secondary sources like Skeptical Inquirer and by investigators like Ben Radford, Joe
Nickell, James Alcock, and the IIG are all suitable for mention on Wikipedia. If you take a look at these pages, I think you will see how our efforts to
make the page more encyclopedic and have everything backed up with…well…evidence, now looks. See Ghost Hunters, Vassula Ryden, James Van Praagh and Daryl Bem.

Now back to Jerry Andrus.

The World Wikipedia project began in August 2012 after several blog efforts on my part to recruit and engage non-English editors into doing the same thing
that made the English team so successful. I realized that I had to be more aggressive and not just ask for help, but actually set up teams and tell them
what exactly what I wanted done.

I choose Jerry Andrus to be the first page created as a team for the World Wikipedia project. (You might remember him as the optical illusion inventor who
was a fixture at TAM for many years and also at the Skeptic's Toolbox) Not only because he was the quintessential skeptic and great friend of Ray Hyman and
James Randi, but because Wikipedia readers all over the world would be able to enjoy his optical illusions without knowing English. First I identified all
the Andrus videos I could find, then each language team was taxed to caption these videos into their own language. Then I finished rewriting the English
Wikipedia page and included many quotes from other notable skeptics, which will expose readers to other pages and skeptical organizations. The Andrus
estate uploaded many images that we were able to use (before)
& (after).

Next, the World editors (most of whom had never edited Wikipedia before) were asked to translate into their language and release as a new Wikipedia page.
The idea was to use Andrus as a training tool as well as to give Wikipedia readers lots of videos of Andrus performing close-up magic and showing his
amazing optical illusions, which are universally impressive. I didn't have to worry about non-Andrus material as he only performed magic and illusions he
had created himself. Now that many of the videos are captioned in other languages, even more people can enjoy and become curious about our community.

We began the "Lets Start with Jerry" project in August 2012, and since then the World Wikipedia project has released the Jerry Andrus page in Arabic,
Dutch, Russian, Spanish, Swedish, and Portuguese. Now that these pages are complete, the various teams are better trained and can expand to other pages
that branch off of the Andrus page. Hyman, Randi, Penn & Teller, cold-reading, CSICOP, and so on.

Hopefully I have intrigued you enough to think about becoming involved in this important mission. It is, in my opinion, probably the farthest reaching and
measurable world-wide skeptical project that exists today. You don't currently need to know how to edit, we train and mentor—and you can do it from home
in your pajamas. You don't even need to know how to do research. We need all kinds of help: people to caption videos into English, people to translate them
into other languages, copy editors, photographers (you might just have some old photos right now in that shoe box we really need, check here) and so much more. This project is
growing and we don't even know what we need yet.

When you're ready to take that leap into skeptical activism, the first steps you should take are to read through as much of my blog as you can. Bottom up is best and don't expect to understand it all. Then
go to Wikipedia and browse around, click on all the blue links at the top of the page, bottom and sides. You can't hurt anything and the more you are
familiar with the better. Again, don't expect to understand everything. Open up a Wikipedia account, friend me on Facebook (everything happens there first,
so you will need an account), then let me know what you’re interested in and what level of training you think you might need. I'm less concerned with your
skill level, and more with your ability to follow through on projects and communicate with your fellow team members in a relaxed, learning atmosphere.
Let’s get started changing the world.

I hope I will be hearing from you soon. We need you!