Alternative medicine, by definition, is medicine that is not supported by good enough evidence to have earned it a place in mainstream medicine. Some people insist that modern medicine is not evidence-based either! Not long ago I got an email from a man who said that and tried to prove it with a series of arguments that were all fallacious. These are zombie arguments that keep staggering back to life after they have been thoroughly eviscerated and buried. Skeptics can only refute them over and over in a Sisyphean effort. 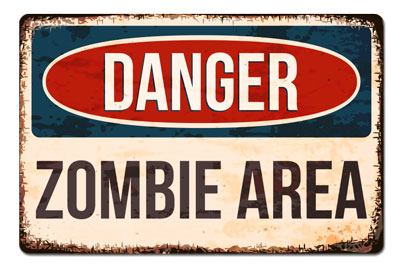 Next he complained that the frequency of antibiotic use and the antibiotics chosen vary hugely by region. That doesn’t mean antibiotic use is not based on evidence. For one thing, the prevalence of different pathogens and antibiotic resistance varies by region, so doctors should prescribe the most appropriate antibiotics to cover the most likely organisms in their locale. For another thing, the evidence is not always black and white, so doctors have to add their own judgment to imperfect evidence, and doctors tend to follow the lead of their peers in their local medical community. Admittedly, antibiotics are over-prescribed; some doctors are not following the best evidence, but that reflects on the individual doctors, not on the evidence base of medicine itself. There are standards of practice and consensus guidelines for evidence-based treatment, but that doesn’t mean that every doctor will do or should do exactly the same thing.

He said “Evidence-based medicine is merely a minority movement within modern medicine.” That is demonstrably false: just read any medical journal. The journal of my specialty, American Family Physician, even uses a rating system to denote the quality of evidence for every treatment it discusses.

He complained that some surgeries turn out to be useless. True, but how do we learn that? We only know that because modern medicine tested them and followed the evidence.

He says medicines are prescribed off-label. Yes, but off-label doesn’t mean not based on evidence. Off-label prescription is usually based on compelling evidence from studies that just don’t happen to have been done by the drug company and submitted to the FDA. Off-label only means that the drug company did not specifically test for and get FDA approval for that use. Doctors are held to an evidence-based standard of practice for off-label prescriptions.

He says things that are just wrong: that statin drugs do more harm than good, and that PSA tests are useless to detect prostate cancer. Published guidelines for prescribing statins are firmly based on evidence, on good evidence showing that when prescribed appropriately they save lives. And while the PSA test is no longer recommended as a universal screening test (based on the evidence) it is very useful when used selectively.

He has the gall to blame modern medicine for the failings of pre-modern medicine, which makes just about as much sense as blaming auto mechanics for errors made by wheelwrights and blacksmiths in the nineteenth century. Doctors were wrong about bloodletting, but the practice was stopped when the evidence showed it did more harm than good. He criticizes doctors who were slow to accept Semmelweis’s findings about childbed fever, but that was a century and a half ago. That’s all ancient history from before the development of randomized placebo-controlled trials and evidence-based medicine. It is irrelevant to the question of whether modern medicine is evidence-based.

The zombie meme that annoyed me the most was his argument that Barry Marshall was “demonized” for proposing that ulcers were caused by bacteria and could be treated with antibiotics. The myth is that Barry Marshall’s research on H. pylori was ignored and rejected by mainstream medicine. Critics of science-based medicine love to recycle that claim, but it isn’t true. It was masterfully refuted by Kimball Atwood in the pages of Skeptical Inquirer.

Doctors had been treating ulcers with antacids and other medications based on the theory that excess stomach acid caused ulcers. It was only natural that they weren’t eager to admit they had been wrong. And surgeons who performed vagotomies and other operations for recurrent or complicated ulcers were reluctant to admit that antibiotic treatment could have prevented the need for most of the surgeries they had been subjecting patients to. Doctors were justified in questioning the early studies that seemed to contradict facts they thought they knew. But they were quickly convinced as the evidence mounted from other studies by other researchers around the world. Despite “areas of resistance” it was only a short ten years from Marshall and Warren’s Lancet paper to the NIH Consensus Conference recommending triple antibacterial treatment. By 1994, antibiotics were the standard evidence-based treatment, although some providers may not yet have been following the new consensus recommendations. Far from being “demonized,” Marshall and Warren were awarded a Nobel Prize, for crying out loud! To my mind, the H. pylori story is a great example of science-based medicine working just as it should, with new evidence-based standards being adopted as quickly as could possibly be expected.

In an article on his Neurologica blog, Steven Novella reviewed the published evidence and went on to estimate that 100 percent of the clinical decisions he makes are based upon the best available evidence combined with plausible and rational extension of what is known. He never resorts to the kind of untrustworthy anecdotal evidence that so much of alternative medicine relies on.

Modern medicine isn’t perfect, and practice often lags behind evidence, but the medical profession is constantly striving to improve practice and make it as evidence-based as possible. Critics of modern medicine would do well to follow my “SkepDoc’s Rule:” Before you accept a claim, try to understand who disagrees with it and why. Just as we check email and Facebook rumors by going to Snopes.com, anyone who is tempted to repeat one of these zombie memes should do some fact-checking first.