Lake Champlain “monster” investigators Katy Elizabeth and Dennis Hall (collectively known as “Champ Search”) posted the following statement on their “Champ Search” Facebook Group1 (April 12, 2016, 6:58 pm): “My theory that Champ and Nessie are closely related to the Crocodylidae family has been confirmed by many eyewitness accounts that I have compiled.” When I explained the problems of this proposition from a physiological standpoint, they offered another post attempting to clarify their position (April 14, 6:23 am): “No. No one ever said that Champ and Nessie were crocodiles. I do believe that they are the same branch but obviously not the same exact animal.” Further comments in the thread suggested that Hall’s “Champ” candidate of choice, the extinct Triassic reptile Tanystropheus longobardicus, was somehow closely related to the Crocodylomorphs, which is highly inaccurate.2 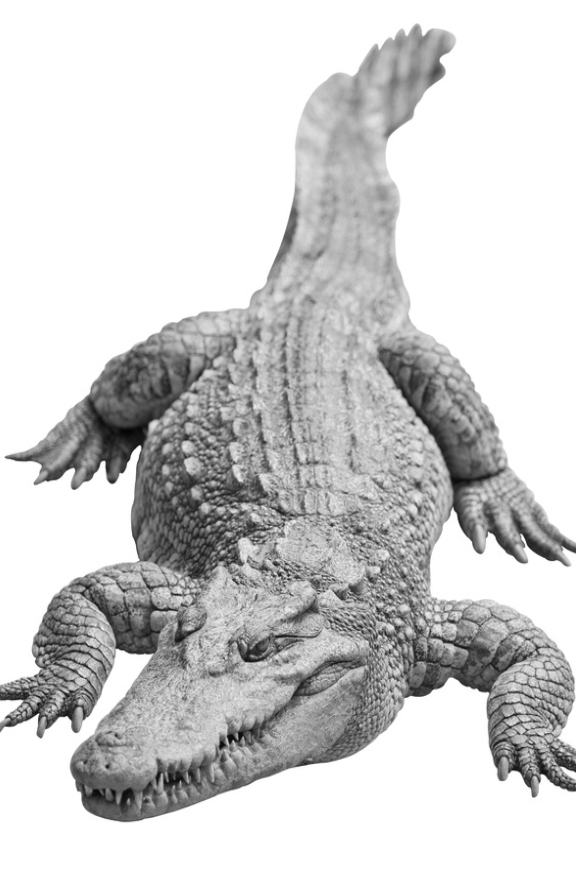 The “Crocodylidae family” consists only of true Crocodiles, all of which are cold-blooded reptiles that lay eggs on land and could not survive the winter water and air temperatures at Lake Champlain.3 Further outgroupings are the order Crocodilia and the superorder Crocodylomorpha. Again, there is no solid evidence of any animals in these larger groupings possessing elevated metabolisms or the ability to give live birth,4 despite a lot of morphological diversity among the fossil forms.

Katy Elizabeth also posted an article at Academia.edu about “mysterious alligator- like tracks” found near Lake Champlain5 that are not really that mysterious: they were probably made by a large snapping turtle (Chelydra serpentina).6,7 While the snapping turtle has physiological adaptations to tolerate winter conditions in a place such as Lake Champlain,8 the known crocodilians do not. The average winter water temperature in Lake Champlain is 34 degrees Fahrenheit.9 The most cold-tolerant crocodilian known, the American Alligator (Alligator mississipiensis),10 succumbs to temperatures below 39.2 degrees Fahrenheit.11 This factor is why their geographical distribution does not extend farther north than southern Virginia and Oklahoma.12 All known Tanystropheids inhabited the “greenhouse” world of the Triassic period13,14 and would have had no need nor likely possessed any physiological adaptations for cold, making their suggestion as candidates for the identity of the Champlain “monsters” extremely problematic. The only giant extant reptile that would be suited to the winter thermal conditions of Lake Champlain is the wholly marine Leatherback turtle (Dermochelys coreacea).15 However, some fossil plesiosaurs are believed to have inhabited bodies of freshwater with winter “sea ice.”16

The idea that the “monsters” of Lake Champlain (assuming they exist) are either crocodiles or animals with a crocodilian metabolism is poorly supported by the available evidence. While there are indeed a handful of reports of creatures in Lake Champlain that might be vaguely described as “crocodile-like,”17,18 there are two large fish species that inhabit the lake that are very crocodilian in appearance: the Lake Sturgeon (Acipenser fulvescens), which can reach seven feet in length, and the Longnose Gar (Lepisosteus osseus), which can reach five and a half feet in length.19, 20 Floating wood debris has been mistaken for a crocodile as well.21