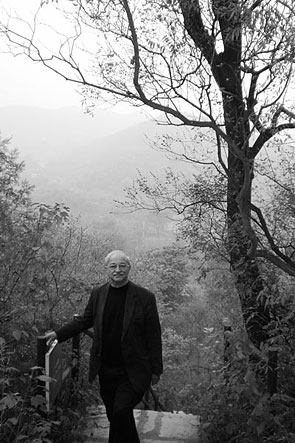 Figure 1. Southwest of Beijing, in the mountains around Zhoukoudian, the fossil primate Peking Man once flourished.

The term ape-man is used in two major ways: scientifically, it designates any extinct primate having structural characteristics that are intermediate between man and ape (Webster’s 1980); popularly, the term also describes any of the various legendary hairy creatures that are characterized as “human-like apes or apelike humans”—the North American Sasquatch/Bigfoot, for example (Clark and Pear 1997, 207, 467). As CFI’s visiting scholar in China during October 2010 (in an exchange program with the China Research Institute for Science Popu­larization [CRISP]), I encountered—so to speak—an example of each of these two types of ape man, which some believe are related. As we shall see, each has proved elusive in its own way.

One of my excursions out of Beijing was into the cave-pocked mountainous countryside at Zhoukoudian (Figure 1), site of a major twentieth-century paleontological find. As a boy I had been fascinated by the fossils of ape-men. These included a species discovered at this site in the 1920s, which I perused in a book given to me by my geologist uncle, Charles Cunard, titled Historical Geology (Dunbar 1949). My interest was renewed during my stay in China, and I visited the Beijing Museum of Natural History with my colleague and friend, Hu Junping. Although the “Peking Man” exhibit was closed at the time, we were able to gain ac­cess to it, and I resolved to then make a pilgrimage to Zhoukoudian.

Subsequently, at that World Heritage Site, I climbed the steep trails to the caves where Homo erectus pekinensis once lived (Figure 2), possibly making fire and using tools of chipped flint. As his name indicates, this primitive man walked erect, although his low forehead and heavy brow ridges, as well as his protruding jaws and receding chin, show his apelike character (Figure 3). 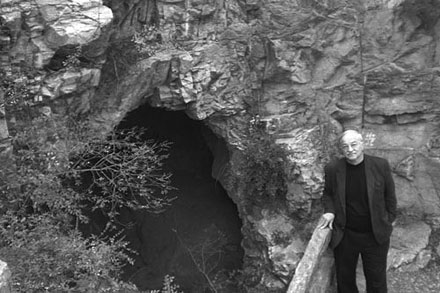 Figure 2. Caves like this at Zhoukoudian provided shelter to the primitive Homo erectus pekinensis.

In the museum at the site I gazed at the famous fossils of Peking Man—actually copies; the loss of the originals represents one of the unsolved mysteries of the twentieth century. The story begins during World War II when, for safekeeping, numerous bones and teeth and five skulls were packed in wooden crates and entrusted to the U.S. Marine Corps. They were intended to be transported to the United States, but when Japan bombed Pearl Harbor on December 7, 1941, the fossil treasure disappeared. According to National Geographic Traveler: Beijing (Mooney 2008),

The fate of Peking Man has been the subject of much speculation. According to one theory, the boxes went to a sea grave when the Awa Maru was sunk by the Americans in the Taiwan Strait. An underwater search of the site found nothing. Then, in 1966, a Japanese soldier “admitted” on his deathbed that he buried the bones under a tree in Ritan Park . . . at the end of the war, but they were not found there either. In 2005 the Chinese government announced a new investigation. It seems that the beguiling mystery of Peking Man continues. 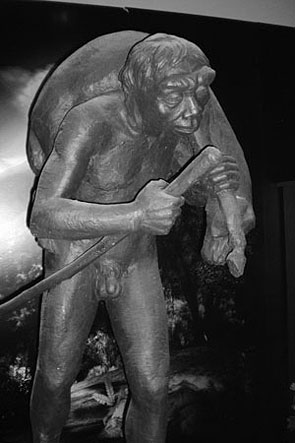 Figure 3. Heavy brow ridges are among the apelike features of Peking Man. (Photos by Joe Nickell)

While Peking Man stood only about five feet tall, another early resident of what is now China (as well as India and Vietnam) was comparatively huge: an extinct genus whose name means “giant ape,” Giganto­pithecus. The species Gigantopithecus blacki represents the largest primate of all time—a Bigfoot-sized creature, perhaps, weighing over a quarter ton. The first fossilized teeth were found in a Chinese apothecary shop in 1935; further remains—mandibles and teeth—were found at Chinese excavation sites, including cave deposits. Unfortu­nately, given the absence of pelvic and leg bones, the ape’s size is only an estimate, and its mode of locomotion is disputed—although the dominant scientific view is that it walked on all fours (Napier 1973, 173–92; Daegling 2004, 13–16; Feder 1996, 71).

Some cryptozoologists (those who study hidden or unknown animals) believe that fossil ape-men may not be extinct after all and indeed may be the source for reports of Bigfoot-like creatures. Such hairy man-beasts are found across Asia—if sightings, footprints, and other traces are to be be­lieved. They include the Siberian Mirygdy (and its eastern, often-clothed relative, the Chuchunaa), the Mongolian Alma, the Vietnamese Nguoi rung, the Malaysian Sakai, the Nepalese Teh-lma, and others (Coleman and Huyghe 1999, 110–139).

Some of these, such as the Chuchunaa, have been supposed to be Neanderthals (Homo sapiens neanderthalensis, extinct humans who lived in Eurasia from about 250,000 to 45,000 years ago). This, even though the legendary creature’s reported height of some six feet six inches is a foot greater than that of the average Neanderthal (Coleman and Huyghe 1999, 116). Homo erectus—as represented by Peking Man and the related Java Man—has also been considered a hypothetical living fossil (Krantz 1992, 186; Napier 1972, 183, 192). Still larger reported ape-men have invited comparison with Gigantopithecus (Heuvelmans 1972, 107; Krantz 1992, 188–93).

China’s best-known man-beasts are the Yeren and the Yeti. The Yeti is the legendary wild man of the Sherpa tribespeople of the Himalayan Mountains, which includes Tibet, an autonomous region of southwestern China. Also known to western explorers and mountaineers as the Abominable Snowman, the Yeti reportedly ranges from the height of a normal man to eight feet tall. Covered with hair, it is also described as having a conical head and large feet. It is known largely through dubious sightings and photographs of its alleged footprints in snow, which fail to constitute credible evidence (Nickell 1995, 224–226).

Bernard Heuvelmans, known as the “father of cryptozoology” and author of the cryptozoological classic On the Track of Unknown Animals, suggested that Yetis might be a surviving Gigantopithecus population. Under attack from man and unable to live any longer in trees, the giant apes could have sought a safe and suitable habitat in the Himalayas, Heuvelmans hypothesized (1972, 97). Others, including anthropologist Grover Krantz (1992, 191–192), postulated that Gigantopithecus subsequently extended its range and evolved into the North American Sasquatch/Bigfoot. How­ever, there are many arguments against either possibility, including an absence of fossil record in each case and the fact that paleontologists have concluded that Gigan­topithecus became extinct about a hundred and fifty thousand years ago (Napier 1973, 178–80; Daegling 2004, 15).

As to the Yeren, it has existed in some version or other in the folklore of southern and central China since ancient times. Its name means “wild man,” but it has also been characterized as a “manbear,” “mountain monster,” “monkeylike” creature, “red-haired mountain man”—even a mountain “ghost” (Coleman and Clark 1999, 260; Poirier et al. 1983, 31). Perhaps the earliest reference to such a creature, dating over 2,000 years ago, is found in the poetry of Qu Yuan, which frequently mentions the Shangui (or “mountain ogres”). A Tang Dynasty (CE 618–907) historian, Li Yanshow, described a group of Hubei wild men, and a Ming Dynasty (CE 1368–1644) pharmacologist, Li Shizhen, reported on several types of wild men in his voluminous Compendium of Materia Medica. Eighteenth-century poet Yuan Mei described an entity that was “monkeylike, but not a monkey” in Shanxi Province (Topping 1981).

Searches for the Yeren have been carried out since at least the 1970s, but the adventurers and filmmakers involved have failed to see the fabled creature. Sightings by others, as well as the usual doubtful footprints and hair and fecal specimens, make up the bulk of the inconclusive evidence for the existence of the alleged creature. Neverthe­less, during my stay in China, the newspaper China Daily (Guo 2010) reported, “Search for elusive ape man continues against the odds.” The article told of a planned expedition by the newly con­stituted Wild Man Research Association, founded in Hubei and focusing on that province’s remote, mountainous area known as the Shennongjia Nature Reserve. The re­port prompted a response from an ornithologist who has long studied fauna in Shen­nongjia. He labels the search nonsense, explaining: “That location is not consistent with that of ape man. There’s a basic standard for judging whether it exists, for example, the species grouping and area of distribution. There’s no area for Wild Man’s activity in Shennongjia.” He concluded by pointing to the failed expeditions of the 1970s and 1980s (Guo 2010).

Descriptions of the Yeren are exceedingly varied. The creature is reported to range in height from as little as three feet to over nine feet. It is usually said to be covered in hair, but that varies in color from grayish-brown to brown, dark-brown to brown-red, red, and even “purple-red wavy hair,” as well as white (Clark and Pear 1997, 262; Poirier et al. 1983, 31–32). Its footprints allegedly range from very small to twenty-one inches or more, and some prints suggest claws (a nonprimate feature). The creature is thought to walk upright or upon all fours, be carnivorous or vegetarian, make bamboo nests or inhabit caves, and so on (Clark and Pear 1997, 260–265; Poirier et al. 1983).

Clearly, if the Yeren is not entirely imaginary—functioning as a sort of folkloric boogeyman—it does not have a single, simple explanation. Sightings may simply be caused by any of such animals as bears, including albino bears, and macaque monkeys, not to mention wolves, wild goats, and numerous other wildlife. Indeed, in 1980 two supposed Yeren shot by a hunter turned out to be the rare and endangered golden monkey, while bears have been suggested as the explanation for certain “manbear” re­ports, just as albino bears (a high incidence of albinism is known in Hubei province) have been put forward for “mountain ghosts.” Mange can give a mysterious ap­pearance to an ordinary creature. For example, an “Oriental Yeti” was apparently a mangy Himalayan weasel, and a Bigfoot whose story my wife and I pursued in northern Pennsylvania was most likely a black bear with mange (Nickell 2011, 61–62).

Some have suggested that the wild man is some human throwback—neither Giganto­pithecus nor Peking Man surely but possibly some oddity like those sometimes exhibited in carnival sideshows (Nickell 2005, 150–58, 202–208). A “monkey baby,” for instance, that lived in Xhin Xhan County of Hubei Province, was simply an unfortunate individual with genetic deficiencies who “walked with a shuffling gait, had a slouched back, had a low misshapen forehead, could only make sounds with no articulate speech, and grinned constantly” (Poirier et al. 1983, 30). Yeren researcher Frank E. Poirier—only a normally hairy westerner who is about five feet eleven inches tall—frightened some local children who “ran away horrified at their encounter with what they screamed to others was the Wildman in their midst” (Poirier et al. 1983, 37–38).

Of course, some Yeren sightings and other evidence may even be due to hoaxing—the work of those seeking notoriety, enjoying pranking, or hoping to boost local tourism. In any event, until a specimen is actually captured or killed, the elusive Yeren—like its nearby and western counterparts, the Yeti and Sasquatch/Bigfoot, re­spectively—will remain in the realm of myth, not in the scientific canon like Homo erectus and Gigantopithecus.

Coleman, Loren, and Jerome Clark. 1999. Crypto­zoology: A to Z. The Encyclopedia of Loch Monsters, Sasquatch, Chupacabras, and Other Authentic Mysteries of Nature. New York: Fireside.

Feder, Kenneth L. 1996. The Past in Perspective: An Introduction to Human Prehistory. London: May­field Publishing Co.

Heuvelmans, Bernard. 1972. On the Track of Unknown Animals. Cambridge, Massachusetts: The MIT Press.