When I was a kid, cryptozoology books repeatedly advocated the existence of creatures such as Bigfoot and the Loch Ness monster using the same dramatic stories. At first, I was swayed by these stories, but eventually I got bored with them. Something was missing. Stories only got me so far; I really wanted a coherent argument with structure and details. I did not find one in the cryptozoology books of my childhood.

The majority of popular cryptozoological material harkens back to that same old template—telling stories. On May 19, 2011, on Boing Boing (www.boingboing.net), a popular Internet blog that points out cool and interesting stuff on the web, Maggie Koerth-Baker wrote about a new feature from Popular Science that highlights the magazine’s archives. She linked to a gallery of articles labeled “PopSci’s Brief Foray Into Pseudo­science” (available at http://is.gd/2bnQoV). One article from 1952 described a Yeti-seeking adventure about which Koerth-Baker noted, “It’s easy to see the writer getting so caught up in the excitement of the hunt that he stopped questioning whether there was really anything to hunt for” (www.boingboing.net/2011/05/19/hunting-the-yeti-wit.html). The 1952 article states, “The [Abom­in­able] Snowman definitely exists.” Koerth-Baker’s brief quip that this look back in time is a “kick in the pants” seems directed at the fact that although Popular Science was once so certain that the Yeti exists, we still have no Abominable Snow­man to show off.

Loren Coleman of Cryptomundo, a leading cryptozoogical-themed website, took exception to Koerth-Baker’s use of the word pseudoscience in reference to cryptozoology (see www.webcitation.org/5yxUGuhIp). It would appear that Boing Boing cocreator David Pescovitz also thought Koerth-Baker was being derogatory. In the first comment after Koerth-Baker’s post, Pescovitz says that “opinions on such matters vary among [Boing Boing’s] contributors.” Pescovitz has often written about cryptozoological topics, in­cluding Coleman’s cryptozoological museum in Maine, in a favorable light.

But hang on: Koerth-Baker used Popular Science’s own title for the feature when she mentioned pseudoscience. She was just the messenger; Popular Science itself, not Boing Boing, presented the collection as howlers from its own archives. Coleman chose to criticize Koerth-Baker for participating in “transgressions . . . beyond the pale.” He continued, “It does get troubling that even well-meaning people can so blindly slam an entire group of scientifically, skeptically-minded folks with demeaning categorizations that have little or no foundation in fact.”

I took exception to Coleman’s opinion piece. I’ve examined the “science” of cryptozoology and paranormal topics. Let’s talk a bit about homegrown expertise and the use of the word pseudoscience in describing cryptozoology to see if the field is, in fact, scientific and skeptically minded. 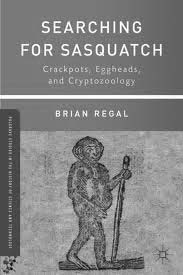 Cryptozoologists have a classic love-hate relationship with the scientific community. This field has a history of interest from credentialed scientists, including anthropologists, zoologists, and wildlife biologists. (For more on this in the context of Bigfoot research specifically, see Brian Regal’s book Searching for Sasquatch.—Ed.) Yet the majority of cryptozoology enthusiasts are amateurs without formal science training. They follow Cryptomundo, watch television documentaries, read the literature, and maybe even participate in research groups.

Years ago, I shared an interesting local story with Coleman. He passed it on to an e-mail list, identifying me as “Cryptozool­ogist Sharon Hill.” I was appalled; I didn’t call myself that. I learned quickly that anyone can call him- or herself a cryptozoologist. You need no special qualifications or training, just an interest in and knowledge of the jargon (and, most importantly, reverence for the self-appointed experts). Cole­man laughed off my objections by telling me that I didn’t understand his sense of humor.

Not to disparage the Cryptomundo site, but my comments on various posts there have frequently been deleted and in some cases altered because they were critical of Coleman’s assertions. On this latest topic, Coleman did include one of my comments that linked to my website. However, he added a link in the comment directing readers to a skeptical site, clearly showing his audience (some of whom often refer to skeptics as “scoftics”) where my affiliations re­side. The crypto community is warm and welcoming to professionals who are sympathetic, but its members show blatant disdain for scientists and investigators critical of their claims.

I actually have scientific training and a degree in a scientific field; I have done lab work, field work, and research. However, I would not feel comfortable calling myself a cryptozoologist for several reasons. Although I’ve enjoyed wildlife biology and zoology since I learned to read, I’m not a trained specialist in these subjects, and I’m not devoted to studying these fields. I would rather earn such a label and respect through good work.

One can’t get away with self-labeling his or her expertise in science. A scientist in our society is assumed to have at least specialized training and a degree in a scientific field. Many people hold scientists to an even higher standard, expecting them to be currently working in the field and actively conducting research, producing data, and publishing studies. But it is the education and training of a scientist that is the most critical piece. It requires practice to learn how to think scientifically. It takes effort to put together careful research results, and science is a special culture that has rules. The norms of science—how you are expected to conduct your work—are strict, which gives science its high credibility.

Calling a field “pseudoscience” will un­doubtedly yield controversy. The word colors the accumulated knowledge of the field as well as its participants, but it is also used to de­scribe the process of work. A subjective line can be drawn between science and pseudoscience depending on which criteria you use (collectively referred to as the “demarcation problem”). “Pseudo­science” is clearly a pejorative term meant to set one area outside the establishment or to judge it as inferior to genuine science. No one deliberately calls him- or herself a pseudoscientist. I prefer another term for pseudoscientific en­deavors: “sham inquiry.” Cryptozoology typically qualifies.

The primary problem, and the point that Koerth-Baker nailed with her comment, is that by and large cryptozoologists assume that a mystery creature is out there for them to find. They begin with a bias: They are advocates. They are not testing a hypothesis but instead seeking evidence to support their position. The answer is already in their head. (The same can be said for most ghost hunters and UFO investigators.) They also begin with the wrong question. Instead of asking, “What happened?” they ask, “Is it a cryptid?” They have immediately narrowed the possible solutions.

What I don’t admire is when the basic ideals of science are ignored: good scholarship in research, quality data collection and documentation, proper publication, skepticism, and open criticism. Instead, the bulk of popular cryptozoology is a jumble of the same poor-quality evidence, a ton of hype, rampant speculation, and unfounded assumptions—even conspiracy theories and, too often, paranormal explanations.

Amateurs and nonscientists can do science, and cryptozoology could be a science. However, I don’t see that occurring often. It takes a lot of effort to do proper investigation, which requires resources and a dedication to science and truth that the average cryptid enthusiast does not have.

I want the quality of standards to im­prove and for the field to resolve itself into a rational examination of people’s sightings and reports of strange incidents. You can’t get there by following the same paths as the past cryptozoologists Coleman often cites. Any website claiming to be scientific ought to deliver a proper examination of claims, thorough investigation, rational literature, and well-thought-out responses to criticism. A good cryptozoology news and information site will have all this without resorting to hype in order to increase ad revenue. Excellent re­search is already out there, such as that done by Daniel Loxton, Michael Dennett, Benjamin Radford, Blake Smith, Joe Nickell, and David Daegling. I find critical, detailed, careful, objective evaluation of these curious crypto questions far more satisfying than those hyped-up adventure stories or breaking-news claims of evidence (which almost always end up fizzling out). I finally found the satisfying examination of cryptids I was looking for all along from authors with a more skeptical approach.

My wish is for the field of cryptozoology to continue to get better. Much good work has come out in the past few years, and more is to come. I’m excited for these new voices to raise the discussion to a higher quality level and examine the field from a more enlightened perspective. Raise the bar. No more pseudoscience!