An old book I discovered in an antique store—Maria Monk: Secrets of the Black Nunnery Revealed—seemed intriguing. Undated, it bears signs of being a cheap reproduction of an earlier volume (see Figure 1). Indeed, its title page not only gives a different title (Awful Disclosures of Maria Monk of the Hotel Dieu Convent of Montreal: The Secrets of the Black Nunnery Revealed), but revised publishing information (“Patriotic Defense League, P.O. Box 796, Chicago, Ill.”) has been added. (It is off-center, crooked, and in a different typeface.) The words “New Edition,” also appear (Monk n.d.). 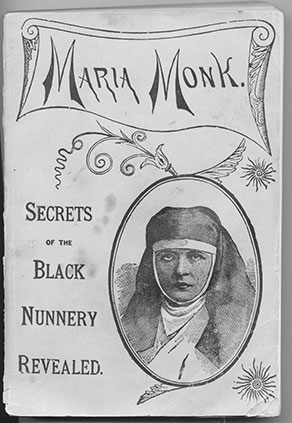 Figure 1. Maria Monk’s “Awful Disclosures” saw numerous printings and reprintings, such as this undated copy (probably from the first part of the twentieth century). (Author’s Collection)

In brief, the book purports to be the account of a young Canadian woman, Maria Monk (1816–1849), who had been a nun in a convent in Montreal in the 1830s. Purportedly, priests routinely entered the premises through a secret tunnel and forced themselves upon the defenseless young women. If they became impregnated, Monk claimed, the infant would, on delivery, be baptized, strangled, and dumped in a basement lime pit (Monk n.d., 130–31). Finding herself pregnant, Monk escaped, had her baby, and penned the tell-all tale—or so we are urged to believe.

I had not read far into the book before I found suspicious elements. For instance, the descriptions of Catholic practices seemed those an outsider would make. Monk seemed scarcely to know what an “Agnus Dei” was but described it as “something . . . we were required to regard with the highest degree of reverence” (n.d., 157).1 Moreover, the language is too elevated—often rhetorically verbose and pompous—for the “uneducated” female that Monk is described as in the preface (Monk n.d., xi).

My suspicions aroused, I turned to my late friend Gordon Stein’s Encyclopedia of Hoaxes (1993), where—under “Religious Hoaxes”—I found an entry on “Maria Monk.” It turns out that the fantastic assertions she made were investigated thoroughly at the time by Protestant clergymen who were permitted to inspect the actual convent, discovering that its interior was in­compatible with Monk’s descriptions. Much additional debunking evidence followed.2 Nevertheless, the book saw many editions, and by the 1920s reportedly sold over 300,000 copies. Over four decades later, states Stein, it “was still going strong.” Copies like the one I found continue to lie in wait for unsuspecting readers.

But surely Maria was not alone in the im­posture. The text, as we have seen, was clearly not written by such an uneducated girl.

The preservation of silence was insisted upon most rigidly, and penances of such a nature were imposed for breaking it, that it was a constant source of uneasiness with me, to know that I might infringe the rules in so many ways, and that inattention might at any moment subject me to something very unpleasant. During the periods of meditation, therefore, and those of lecture, work, and repose, I kept a strict guard upon myself, to escape penances, as well as to avoid sin; and the silence of the other nuns, convinced me that they were equally watchful, and from the same motives.

Now this excerpt yields a readability level (using a formula in Bovée and Thill 1989, 125–126) of seventeen school years—that is, the first year of graduate school (at least by today’s standards). Quite an achievement for an “uneducated” person! Of course, the text may simply have been ghostwritten. While the preface claims her tale was “carefully written down from her lips” (n.d., xiii), that is not only clearly untrue but a tacit admission that she was unable to actually write such a text herself (Stein 1993; Thompson 1934). So who actually wrote the “Awful Disclosures”?

Various persons connected to Maria Monk and her book have been proposed as the author. First, there was her companion and acting manager, Rev. William K. Hoyt, a Canadian Protestant minister, who was also rumored to be the real father of Monk’s child (Stein 1993, 226). Another minister in­volved, a Rev. John Jay Slocum, was her guardian for a time and, says Stein (1993, 226), also her “apparent lover.” Finally, a Theodore Dwight (a nephew of theologian Timothy Dwight, president of Yale), was identified as having taken “dictation” from Monk (Thompson 1934). Generally authoritative bibliographic records note that Maria Monk’s personal narrative has been ascribed either to Hoyle and Slocum—“as related to Theodore Dwight”—or to Dwight himself.3 Those sources, however, do not give evidence for preferring one suspect over another. I propose to do just that.

Actually, there is prima facie evidence to identify Dwight as the likeliest suspect. The pen—already in his hand in reportedly taking down Monk’s story—remains there as we come to recognize that the “dictation” was really at best ghostwriting, if not a complete fabrication.

As far as bibliographic records show, Hoyt was not the author of any substantial published work, while the readability level of Slocum (1837)—almost nine school years—is much lower than “Monk’s” and his style different.

On the other hand, Theodore Dwight (1796–1866)—a graduate of Yale in 1814—had published several books. In fact, one of them was an anti-Catholic work titled, Open Convents: Or Nunneries and Popish Seminaries DANGEROUS to the Morals, and Degrading to the Character of a Republican Community (1836). It was published shortly after Maria Monk’s Awful Disclosures, and indeed, it cites Monk’s claims at length, though without identifying his role in writing for her.

Here is a sample of Dwight’s text (1836, 6)—where he refers specifically to Monk’s book:

If this book is entitled to credit, no person who has any regard for female virtue or sound morals, can hesitate for a moment to say that these Catholic institutions demand, of every community where they exist, a strict inspection and oversight, so that such enormities as are charged against them should not be suffered to pass unnoticed and unpunished. Breaches of the wholesome laws of society ought not to be tolerated among Catholics any more than among Protestants. Nor does the idea of toleration extend so far as to justify the greatest outrages upon the morals of the public, or even to extenuate the perpetration of the most heinous crimes in the penal code.

Interestingly, like the Monk book itself; this exhibits a readability scale of twenty, slightly higher than “Monk” but compatible with it.

Moreover, certain similar grammatical errors are instructive. For example, “Monk” sometimes incorrectly uses a question mark to punctuate a sentence that is only indirectly an interrogative (e.g., “. . . I would ask . . . whether my duty has not been discharged?” [p. x]). Dwight does likewise (for instance, “It may be well . . . to inquire what would be the effect of . . . the general establishment of Catholic colleges . . .? [pp. 157–58]). Often, “Monk” uses a semicolon to separate, not just two independent clauses but, incorrectly, an independent and a dependent one (e.g., “She told me she must make some inquiries . . .; and proposed to me to take up my abode . . . at the house of a French family . . .” [p. 31]). Dwight also frequently does this (for example, “If there is any such person, he will of course encourage and support Catholic schools, seminaries, and convents; and will exert himself to the utmost to establish and multiply them . . .” [p. 160]). These and other similarities—indeed, an overall resemblance in style—add to the already strong circumstantial evidence for Dwight’s authorship.

As the person who reportedly took down Maria Monk’s story, Dwight was not only the most capable of the three suspects of producing such a book but, indeed, he actually wrote an anti-Catholic tract on the same theme. And Dwight’s writing style is quite similar to that of “Monk.”

It seems clear that Theodore Dwight either ghostwrote the Monk book in his own words or made it up entirely on Monk’s behalf. It is possible that, coached by Ho
yt, say, she fooled first Dwight and then others. (These included such notables as Samuel F.B. Morse, later famed inventor of the electric telegraph and the telegraphic code that bears his name [Morse 1836].)

Two points of evidence are against Dwight’s having been a deliberate hoaxer. First, his reputation seems otherwise intact. And second, in his own writing he goes to great pains to admit uncertainty regarding Monk’s story, using such phrases as “This work professes,” “If this book is entitled to credit” (repeated in variant forms), and the like (pp. 5, 6, 113, 148).

As to Maria Monk herself, a pro-church response to her claims had chronicled an early life of theft and prostitution (Awful 1836, 71–82). She died in 1849, imprisoned on New York City’s Welfare Island. Her arrest came after she had picked the pocket of a man with whom she had apparently engaged in sex for hire (Stein 1993, 226).

2. A response to Monk was issued, giving a purely Roman Catholic view (Awful 1836).

Awful Exposure of the Atrocious Plot Formed by Certain Individuals against the Clergy and Nuns of Lower Canada, Through the Intervention of Maria Monk. 1836. Reprinted New York: W.P. Mitchell & Sons, 1905.

Dwight, Theodore. 1836. Open Convents: Or Nun­neries and Popish Seminaries DANGEROUS to the Morals, and Degrading the Character of a Republican Community. New York: Van Nostrand and Dwight. (Digitized by Google.)