The idea of an expanding universe was first proposed in 1927 by the astronomer Georges-Henri Lemaître. Although Lemaître’s calculations showed that an expanding universe was consistent with Einstein’s general relativity theory, Einstein disagreed and reportedly told Lemaître, “Your math is correct, but your physics is abominable.” Einstein still held the traditional belief that the universe is a static “firmament,” as implied in the Bible and most other scriptures that present creation myths. “Static” here does not mean that objects are all at rest. They are moving about, but their average distance apart stays the same. 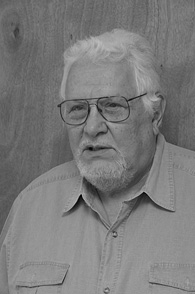 Einstein had inserted into his gravitational equation a factor called the cosmological constant that provided a repulsive force to counteract the gravitational attraction that otherwise would make the universe collapse. Although the cosmological constant is often referred to as a “fudge factor,” that is a misnomer. Such a constant is required in Einstein’s equation, although no value is given for it. If positive, it produces a gravitational repulsion. If negative, we have an attraction added to that of normal gravity.

In the early 1920s, astronomer Edwin Hubble, working at the Mount Wilson Observatory in California, discovered that many of the diffuse objects in the sky called nebulae were in fact distant galaxies. The universe extended well beyond our home galaxy, the Milky Way. Later in the decade, Hubble and his assistant Milton L. Humason estimated the distances to galaxies using a technique invented by Henrietta Swan. This they combined with measurements of the redshifts of the spectral lines from stars in the galaxies that had been measured by Vesto Sipher.

The light emitted from a high-temperature gas is characterized by “spectral lines” of well-defined frequencies. Different gases have different spectra. By observing the spectra of light from stars, astronomers are able to decipher the composition of the surface of the star. The element helium was observed this way in the sun before it was discovered on Earth. When a spectral line is shifted to lower frequency it is called a redshift. When it is shifted to a higher frequency, we have a blueshift.

Hubble and Humason showed that the galaxies were generally redshifted and so were, on average, receding from us. They found that the amount of redshift from a galaxy was roughly proportional to its distance from us, although there was a lot of scatter in the data points.

Lemaître provided an explanation consistent with Einstein’s equation: the universe is expanding, so as time goes by the galaxies are moving, again on average, away from us. The observed redshift is the Doppler effect that results from their recessional speeds. Hubble’s result showed that the galaxies were moving away from one another as if from a giant explosion, where those galaxies with higher speeds have moved the farthest apart. This became know as the big bang.

In the meantime, the cosmological constant has resurfaced. In 1980 it was put forward as a candidate for the repulsive force that produced the enormous exponential expansion, called inflation, that the universe apparently underwent during its earliest moments. More recently, the cosmological constant has been proposed for the repulsive dark energy that is responsible for the acceleration of the universe’s expansion discovered in 1998.

In Einstein’s gravitational equation, the cosmological constant is equivalent to an energy density in a vacuum, that is, a space devoid of matter. By equating this density to the density of the zero point energy that is left in a volume after you remove all its particles, you obtain a number that is 120 orders of magnitude higher than what is observed. Such a high value would result in a universe that would so rapidly inflate that galaxies would have no time to form. This is the problem with the cosmological constant.

Physicist Leonard Susskind calls the problem with the cosmological constant “the mother of all physics problems” and “the worst prediction ever.” The currently favored solution to the problem among physicists is called the “multiverse” in which our universe is just one of a great many others having a wide variation of values for the cosmological constant as well as other physics parameters. We happen to live in the universe suitable for us. Susskind notes that string theory has some 10500 possible solutions, each of which could correspond to a separate universe within the multiverse.

While I have nothing against the multiverse theory, my view is that the cosmological constant calculation is so obviously wrong that it can be ignored. While physicists have not yet reached a consensus on the correct calculation, one possibility that agrees with observations is called the holographic principle.

The calculation of the vacuum energy density of the universe involves a sum over all the zero-point energy states in the universe. The “worst prediction ever” assumed that the number of states is proportional to the volume, but now there is reason to believe that this is wrong. The holographic principle asserts that the number of states in a volume is proportional to the surface area of that volume, as in the case of a black hole. The universe can have no more states than that of a black hole of the same size. The energy density calculated from this assumption is of the same order of magnitude as the vacuum energy density that is determined from observations. Even if this is not the actual source of the dark energy, we can say that the calculation giving a 120-orders-of-magnitude discrepancy is almost certainly wrong.

So, the fine-tuning of the cosmological constant is another God-of-the-gaps argument in which the gap is being filled in by some purely natural mortar.

Victor J. Stenger was emeritus professor of physics and astronomy at the University of Hawaii and Visiting Fellow in Philosophy at the University of Colorado. He died on August 25, 2014. His final book was God and the Multiverse: Humanity’s Expanding View of the Cosmos, and his previous books include Not By Design, Physics and Psychics, The Unconscious Quantum, and Timeless Reality: Symmetry, Simplicity, and Multiple Universes, and The Fallacy of Fine-Tuning: How the Universe is Not Designed for Humanity.

Other Articles from Reality Check

Did the Universe Come from Nothing?

Is Carbon Production in Stars Fine-Tuned for Life?