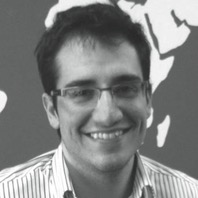 This is the first in a series of regular columns by Brazilian journalist Felipe Nogueira. He is a graduate student in medical sciences in Rio de Janeiro, Brazil, and a prolific blogger. –Ed.

Jerry Coyne is an evolutionary biologist at the University of Chicago and an important popularizer of evolution and science in general. His latest book is Why Evolution Is True, in which he shows the evidence for the theory of evolution and debunks many creationist arguments with clarity.

Can you explain why evolution is not just a theory? 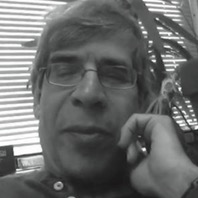 It’s a theory and a fact. Theory in science has a different meaning from what most people think of. In the debate between Ken Ham and Bill Nye, someone in the audience said evolution is just a theory, implying it’s just a guess or speculation. In science, a theory is a proposition or an explanation that purports to draw together a number of facts to explain a phenomenon. Evolution is called a theory because Darwin proposed this explanatory mechanism for all these diverse facts. So, evolution—like the atomic theory or the germ theory of disease—is both a theory and a fact at the same time, but a theory in the scientific sense, which is a well-established explanation for a diverse group of phenomena.

In your book you wrote that the theory of evolution is not just the statement that evolution has happened; it includes why and how evolution happens.

It’s the statement of what has happened and why it has happened. [The paleontologist] Stephen Jay Gould made that pretty clear, although he thought a theory was the explanation why and the fact was the thing itself. It’s a matter of taste how you call a theory, but it’s not a matter of taste that the theory of evolution is something that has been confirmed as true over and over again, and that is what is important to emphasize when you come up against this misconception.

But aren’t the words “theory of evolution” equivalent to “modern evolutionary synthesis”?

The theory of evolution that I talked about in my book is the one most people hold, pretty much the one Darwin proposed, which involves elements of evolution, gradual transformation of population (genetically, although Darwin didn’t know genetics), and splitting of lineages. So, you get one species forming more, and you have a branch on the tree of life. That gives the result that any pair of species has a common ancestor and organisms look like they are designed, which is the result of natural selection. That is a Darwinian theory of evolution. Neo-Darwinian theory is based on genes and there are other processes like genetic drift and horizontal gene transfer. They are important, and they have been confirmed as true, but for the average person who disbelieves evolution, what they are disbelieving is those five propositions I just outlined.

What do you think is the most common misconception about evolution?

One that is very common in children involves instantaneous transformation of population, like thinking that every individual turns into something else rather than a gradual genetic change in the composition of the population. Another one is that there is not much evidence for it, that we don’t have the evidence for one type of animal turning into another over time. But the fact is that there’s lots of evidence, people just don’t know about it.

What about those creationists/intelligent design proponents’ ideas that the wing or the eye is too complex to appear by gradual changes over time?

Darwin was the first one to deal with the eye in The Origin of Species, showing we have all degrees of eye development in living species and there is no problem envisioning how you go from one to another. Secondly, we have this paper by Nilsson and Pelger (1994) in Proceedings of the Royal Society. They made a simple model of the evolution of a complex camera eye from a light sensitivity eye spot, like you have in plenary worms. They made very conservative assumptions about what mutation rates might be, about what the selection pressures are, and in a few thousand generations they saw this eye spot evolve into a complex eye. So, we have two kinds of evidence that dispel the idea that the eye is too complex to evolve.

I think [Richard] Dawkins made that point. We have enough evidence from other areas that we could document evolution without the fossil record. The evidence we have showing the organisms are related; the embryological data, that only makes sense in the light of evolution; the biogeographic data, which I described in my book, is very powerful evidence for evolution; vestigial organs; the existence of vestigial genes: the human genome has genes for making egg yolks and yet we don’t do it, those genes were inactivated. How do you explain that, unless we evolve from organisms that originally did make egg yolks, which we did? Ten years after Darwin, almost every biologist and rational layperson accepted evolution, and yet there was no fossil record that actually showed evolution. But for many people the fossil record is the most convincing thing. When you can really show them a feathered dinosaur, that kind of evidence is very powerful.

Richard Dawkins’s The Selfish Gene focused on the gene-centered view of evolution. But evolutionary biologist Ernst Mayr criticized this view. What is the current accepted view of the target of selection?

When you use the words “target of selection,” you are sort of anthropomorphizing the process, because selection is not some force that is out there. What we mean is what the unit of differential reproduction that causes evolution. I think Dawkins is generally right. In almost every single case that we know of, we can reconstruct what happened and see the basis of evolutionary adaptation, and it’s basically the gene itself. In many cases that we manage to localize where selection started, it’s on the gene level. But there are conceivably other targets of selection. Group selection has been used to explain things from the evolution of altruism to sex. First of all, groups don’t proliferate and go extinct as fast as the individual. Second, I can’t think of an adaptation that is good for the group but bad for the individuals, which you would expect to see if group selection occurred, overriding individual selection. You can think of the gene as the replicator, and the individual whose reproduction is affected by interacting with the environment as the vehicle for the gene.

Another misconception is that evolution is just a random process.

That’s a good one: [the question] “How all this can happen by chance?” is easily dispelled if you understand what natural selection is, but it’s very common. And in America evolution is connected with all kinds of religious things, [as if] if you believe in evolution, you have to give up your morality. That’s probably the main reason why religious people oppose evolution in America, and maybe Brazil as well, because it is a religious country. They say “what basis do you have to be moral, if you are just an evolved animal, like a chimpanzee?” And that’s a misconception as well that comes from a misunderstanding of where morality really comes from.

I think science can tell us a lot about our morals. What do you think about it?

It can say a lot more about morals than people think it can. One of the people actually engaged in this is Frans de Waal. He had written a book about the evolutionary origins of morality. Our instinctive moral feelings are designed to care for our children. Frans de Waal had shown that social primates and other animals have behaviors that are remarkably similar. Also, Paul Bloom showed that children, before they can speak, show a sort of innate moral stimuli, empathy, caring for those you’re familiar with and a sense of fairness. I think that sense of fairness is in our genes. This kind of scientific anthropological and developmental exploration tells us something about our morality. They can’t tell us what is right, I still believe that, in opposition to Sam Harris. I don’t think science can tell us how to behave. I think we should be helping people in Africa, which we’re not really related to at all.

How does religion make the understanding of evolution more difficult?

In Brazil, it’s a lot less of a problem than in the United States. Your country is Catholic and the official position of the Catholic Church is that evolution is okay. But they have some positions which are explicitly anti-evolutionary. One of them is that Adam and Eve were real people and we are all descended from Adam and Eve. We know now about the human population that the ancestor of modern humans could not have been smaller than 2,000. Catholics also think—and the pope said this—that humans are different from other creatures because God gave us a soul. Where is this soul? When did it come into human lineage? What’s the evidence that it exists, if there is any? If you accept science but reject it in those areas where it conflicts with your faith, I don’t think you are behaving fully scientifically.