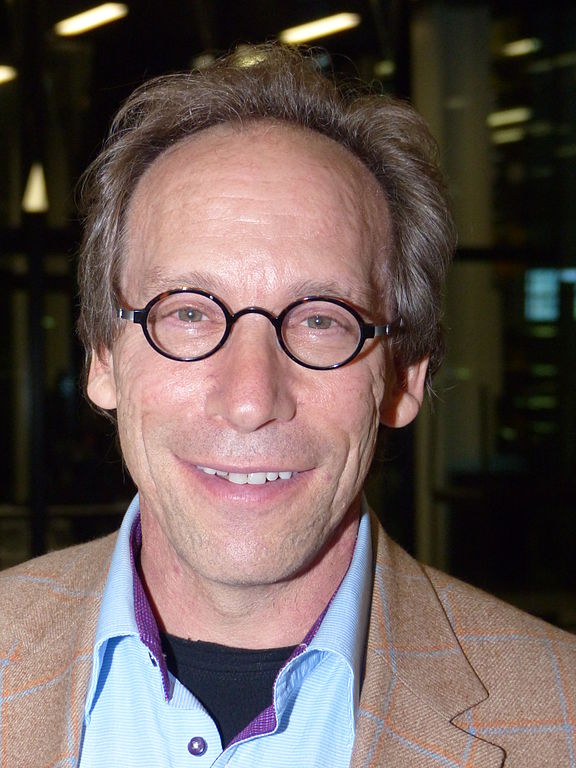 Lawrence Krauss is a renowned theoretical physicist at Arizona State University. He was one of the first to suggest that most of the energy of the universe resides in empty space, an idea that today is called dark energy. Krauss has authored more than 300 scientific publications and ten books for general audiences. He has participated in several discussions and debates to popularize science and has lectured around the world about his latest book, A Universe From Nothing: Why There Is Something Rather Than Nothing. As the title suggests, the book explains that our universe might have come from nothing. Krauss was recently named the 2015 Humanist of the Year by the American Humanist Association.

Felipe Nogueira: You mentioned on several occasions that science is not a thing, rather it’s a process. What’s science all about?

Lawrence Krauss: Science is a method for distinguishing fact from fiction. It’s a method for asking questions systematically and for answering those questions in a way that it’s possible to test. Science is a method based on empirical evidence. So, one asks questions about the universe, one tests the universe with empirical questions and observations, and then one either confirms or falsifies something. An important thing about science is that you can’t really prove something to be true; you can generally prove something only to be false. But, like Sherlock Holmes, you get rid of all the false stuff and what’s left over is true.

Nogueira: Do you think there is a misconception that science is a matter of opinion and that we should hear all sides of the story?

Krauss: Yes. As I often like to say, a great thing about science is that one side is usually wrong. There are open questions where there is uncertainty and debate. However, the resolution of these debates is not rhetoric or volume but rather nature. So, if you have an idea that simply disagrees with observation, then you throw it out; there is no discussion. There is no need to debate the question of whether Earth is round or whether it’s flat. There are still people who claim Earth is flat, but they are just simply wrong. Similarly, there are some people who don’t think evolution happens, but they are wrong. And those people who argue against human-induced climate change are also simply wrong.

Nogueira: Another point you’ve made is that, in the process of science, we don’t learn how the universe works by logic. What do you mean?

Krauss: Classical logic is based on what seems reasonable, which, in turn, is based on our experience. But as we broaden our experience, what seems reasonable can change; quantum mechanics is the perfect example. It doesn’t seem reasonable for a particle to be in two places at once, but this happens in the quantum mechanical world. Based on observations, you can do careful reasoning and logical arguments. However, to presume in advance what is logical or to use classical logic, one has to be very cautious, because the world is not classical. In the very small and in the very large, the universe behaves in a way that seems paradoxical to us, because our intuition is based on a small segment of reality. Science teaches us that our myopic views don’t necessarily represent all of reality, and we have to be very careful to assume what we think as “sensible” is really the case.

Nogueira: What comments can you make about the misconception that science changes all the time?

Nogueira: In several public appearances, you’ve made some comments about philosophy. What’s your opinion about it?

Krauss: Philosophy is useful to reflect on the knowledge generated by science. All the good philosophers I know use rigorous logic and reasoning to reflect on knowledge, interpret it, and ask new questions. So philosophy sometimes is useful for framing questions, but science is what is useful for coming up with answers and for generating that knowledge. I think any philosopher who argues otherwise is overstating the case. I have many friends who are philosophers and I think we all agree that’s what philosophy is good for. Let’s face it: philosophy used to be indistinguishable from physics back in the days of natural philosophy, but they diverged. Philosophy just isn’t the right way to generate knowledge about the world; it’s the way to reflect upon that knowledge.

Nogueira: You’ve said that knowledge that matters is empirical. Can you elaborate?

Krauss: I don’t understand when people say that they can get knowledge by revelation. That just simply leads to delusion. We all, in fact, delude ourselves on a daily basis. We need to be skeptical of ourselves, and we need to test things. Knowledge comes from observation, testing, and experiment. Anyone who claims to have knowledge otherwise cannot demonstrate it, and it’s likely to be wrong.

Nogueira: What is the role of science on morality?

Krauss: Science tells us the consequences of our actions. If we don’t know the consequences of our actions, we can’t even determine what is right and wrong. Then we use reason and empirical evidence to determine what’s appropriate. The laws of most nations are based on reason and empirical evidence, not on some religious doctrine. As Steven Pinker put it, you can ask: How does God know what is right or wrong? There are two possibilities. One is that he invented them arbitrarily; in this case, what’s the point of worrying about that? Or two: he bases what is right or wrong on what is reasonable; but if he does, we can just get rid of the middleman and go directly to the reason ourselves.

Nogueira: What do you mean when you say the universe came from nothing in A Universe From Nothing?

Krauss: Given everything we know and every measure we made about the universe, it’s plausible that the universe came from nothing: no space, no time, no particles, and no radiation. A universe that did come from nothing, by the known laws of physics and some reasonable extrapolations of them, would have the characteristics of our universe.

Nogueira: What are the three levels of nothing that you define in the book?

Krauss: People who don’t like what I say define nothing in a way that only God can create something. For many people nothing was the empty void of the Bible; the empty space is nothing. Of course, that is not nothing, since it can easily create something. The more dramatic version of nothing involves no particles, no radiation, and no space itself. However, space-time could come into existence by any reasonable theory of quantum gravity. Then, there is the final version of nothing: maybe even the laws that govern how things evolve in our universe are accidental and that’s the ultimate version—no laws, no space, no time, no matter, and no radiation.

Nogueira: What are the advantages of quantum computing?

Krauss: Quantum computers are a fascinating idea and would allow you to do certain algorithms that classically you cannot do, such as factoring large numbers into their prime numbers. Every number has a unique expression in terms of a product of primes. The primes that very large numbers are a product of cannot easily be determined. That algorithm is possible in quantum computers. Why should we care? Well, as it turns out, people use large numbers and their prime factors as keys for the security of credit cards and bank accounts. So, if you can factor them easily, then we have to find other ways to secure it. That’s the bad news. The good news, however, is quantum computers can also provide quantum encryption and in a sense allow you to see if someone has been eavesdropping on a message. So there are pros and cons for using quantum computers. However, it’s not clear whether we can practically do it. The quantum world is generally invisible to us, because the interactions of particles with the environment destroy quantum correlations, and it is precisely the quantum correlations you want to exploit to do quantum computing.

Nogueira: You wrote a piece saying that string theory is not a theory in the same way evolution is. Could you clarify?

Krauss: String theory doesn’t really make any predictions at this point because it’s still an evolving idea, and every time it makes predictions, they realize they were premature. The predictions it could make are probably beyond the realm of experiments, although smart theorists continue to think up ways we might be able to test these ideas, like the existence of extra dimensions. There is a very small possibility that we might be able to test extra dimensions in the Large Hadron Collider. And I am very pleased to say I convinced people such as Brian Greene, who is a friend of mine, that string theory is not a theory and it shouldn’t be called a theory.