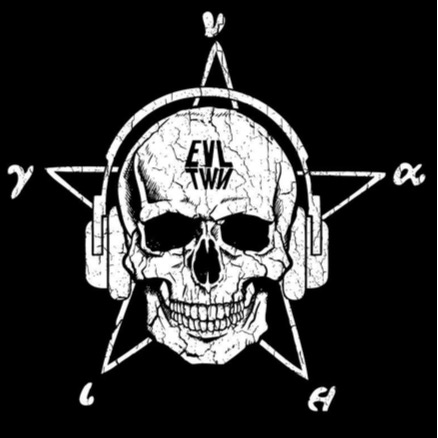 The Evil Twin Podcast is a loosely structured show involving twins Brad and Thad exploring, as they put it, the strange underbelly of “belief” in American culture and what it means to identify with various beliefs.

They love to interview guests and have covered topics such as conspiracy theories, sex addiction, and artificial intelligence. Many of their episodes take a look at specific religions. Most recently as of this writing, they have devoted two episodes to exploring Jediism.

Brad and Thad agreed to answer a few questions for the readers of Skeptical Briefs.

Gurmukh Mongia: You say that you’re skeptical even of skepticism. Would you like to expand on that and explain why you think skeptics shouldn’t take themselves too seriously?

Brad: Not taking ourselves too seriously is a big part of our approach and a big part of how we live our lives. If you were to compare and contrast the conversations we’ve had on the podcast, you would see that our tone is similar throughout. Whether we are talking to Rev. Ivan Stang, founder of the Church of the SubGenius, or Dr. Jennifer Bird about the Bible, we give the same amount of respect and the same level of irreverence.

Thad: Being skeptical even of skepticism means we are open to questioning our own perception of this reality to the point of asking “What is reality?” Skeptics often find themselves in the awkward position of thinking they have to find the answer to a question. The pursuit of truth can be exhausting and burdensome, so at times we need to look at life a little more like children and just play. This attitude helps to keep our minds open and not take shit so seriously.

Mongia: What was your inspiration for starting the podcast? What makes your show different?

Brad: I’d say that our inspiration for starting was a need to hang out and bullshit with each other. As we’ve aged and started families, we’ve found it difficult to justify meaningless hang-out time. Since neither of us are into watching team sports and we would rather be doing something fun than watching others do stuff, we decided a creative project like a podcast would be a fun challenge.

Our show is different because it’s an audio documentary of unique experiences. We’ve had the great privilege of having conversations with many people whose work is inspiring and changing the world, but we’ve also had a number of “mini-adventures.” We’ve been hypnotized, had a psychic reading, visited a Scientology center, attended a UFO convention, eaten Psilocybin mushrooms, and had a séance, to name a few. Plus, we’re twins.

Mongia: Do you have one or two favorite or most memorable shows? What are they and why?

Brad: I have a couple personal favorites. Many years ago I was introduced to the 1972 Academy Award–winning documentary called “Marjoe.” It’s a documentary about a young man who was forced into the ministry business at the young age of four. He was known throughout the South as a dynamic and energetic preacher. His parents made large sums of money off his work, $3-4 million by the time he was fourteen years old. In the film, you see him, now a twenty-something Atheist, finishing up his last few revivalist events and dealing with “coming out” to the public as a nonbeliever. In “Episode 021: Marjoe,” we interviewed Sarah Kernochan, director of “Marjoe.” This was one of my favorite episodes simply because I love that film.

My other personal favorite is “Episode 023: Mormonism, Part 1.” In this episode, I come out as an ex-Mormon who hasn’t spoken about it, outside of a small sphere of people, for twenty years. In that episode, we interviewed the founder of the Ex-Mormon Foundation, Richard Packham. He’s a man who has been instrumental in creating a strong community for ex-Mormons. He also revealed to us that he assisted a man named Mike Norton to infiltrate Mormon temples and video record the ceremonies. We interviewed Mike Norton (aka NewNameNoah on Youtube) in “Episode 024: Mormonism, Part 2.”

Thad: For me, the two most memorable shows so far have been “Episode 001: Taylor John Williams” and “Episode 017: Psilocybin Mushrooms.” Episode 001 was obviously our premiere episode but was also very personal because our guest was my stepson, who had just been a finalist on Season 7 of The Voice. Episode 017 was a mind blower because preparing for that episode I took a large dose of mushrooms and had an incredibly intense experience. 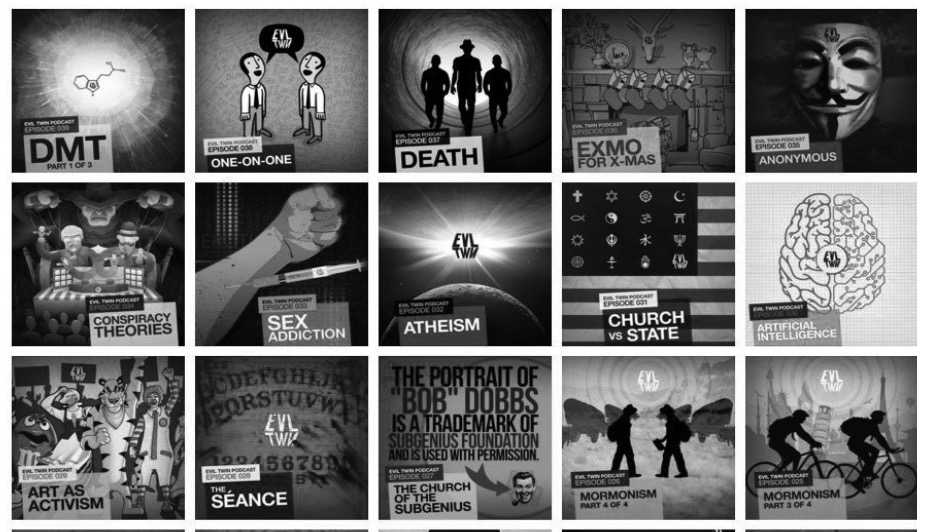 Mongia: Both you and Thad have experienced deconversion from religion. How have your experiences shaped your views on skepticism and influenced how you run your show?

Brad: For me, deconversion was about accepting obvious truths over heartfelt desire. Unfortunately, our egos make that difficult at times. How can something I’ve believed all my life be wrong? How can something I accepted as truth as a grown adult turn out to be incorrect? How could I have been so wrong? That I is what we try to play with, and as twins we have a special relationship with I. This is why on our logo, there is no I in Evl Twn.

Thad: My experience with religion led me to realize that my belief in God was based on blind faith alone. That blind faith was largely influenced by my upbringing and cultural influences up to that point in my life. As we stepped out of our little sandbox we grew up in, we realized that there was a great big playground full of different kinds of kids with different kinds of toys to play with. As we started to explore the bigger picture, we couldn’t help but to see that each kid was raised to see the world in a different way, to believe in God in a different way too. . . . We couldn’t help but be even more curious about why people believed in the things they did. That curiosity ended up being the greatest contribution to the show. •

Studying Up with A Skeptic’s Guide to Conspiracy

He Is Kenny Biddle