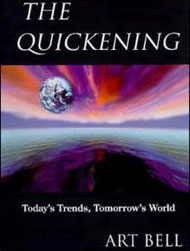 What should skeptics do when pathological world-views collide? A recent festival in a small coastal town in New South Wales (in Australia) produced some friction between New Agers and fundamentalist Christians and prompted these reflections.

First, it isn’t always prudent or wise for skeptics to directly confront the counterculture. Benign neglect may well be the wisest course. For example, a few years ago, the Canberra Skeptics picketed a Festival of Alternative Medicine and ESP. We scored some points and gained publicity for the Skeptics; but we also got the event onto the front page of The Canberra Times and thousands came out to the festival. The following year, overcome as much by inertia as careful strategic planning, we ignored the festival and it was a comparative flop.

Skeptics certainly need to be prepared to apply the blowtorch, but keep in mind the possible consequences of doing so. If it just provides the New Age with the oxygen of free publicity, then the temptation should be resisted. No free rides.

Bear in mind, in particular, the media craving to respect the commendable liberal principles of tolerance and balance. This means that the media will want to present the issues as ones where (maybe) skeptics have some important points to defend, but, on the other hand, so do the New Agers. What the press regards as a balanced report can be extremely satisfactory to the fruitcakes.

Secondly, there is an important principle which skeptics can exploit. It’s the cognitive equivalent of the principle in the martial arts of using the force of your opponents to your advantage. The principle is: For every fruitcake there is an equal and opposite anti-fruitcake. We should try to harness the energies of the counter-culture to our advantage and thereby, in some cases at least, see them harmlessly dissipated.

The anti-fruitcake principle (if my memory serves me) can be attributed to Patrick Moore. Moore suggested it some years ago, although not under that name (as I recall) in The New Scientist.

As a high profile scientific journalist, Moore gets a lot of letters, which he divides into three categories: “For reply soon,” “For reply when time permits,” and “Oh dear!” The latter, however, serves a useful function.

Suppose Moore receives a letter from a flat-earther in Yorkshire. He knows from experience that if he replies, patiently addressing the points raised, a time-consuming and unprofitable correspondence will be initiated. So, he riffles through the “Oh dear!” pile until he finds, for instance, a letter from a group in Germany who maintain that we actually live on the inside of a sphere. He then writes back to the flat-earther and says, “Your letter raises some very important issues; I have taken the liberty of forwarding it to Herr Schmidt’s group in Stuttgart, who I know will be very interested in the points that you raise.” Any exchange that then ensues at least does not involve Moore.

The answer to the skeptics’ dilemma is straightforward. Which side should we cheer for when pathological world-views collide? Neither. But we can still cheer nonetheless. And enjoy!

Dr. William Grey is Senior Lecturer in Philosophy at the University of Queensland in Brisbane. Previous incarnations include President of Canberra Skeptics, and Canberra bureaucrat, where he did for public administration what Florence Foster Jenkins once did for the Queen of the Night.