Flattening the Curve of the Infodemic

Now more than ever, people need to hear from the voices of reason, science, and skepticism, but too often they are drowned out by the noise of misinformation, pseudoscience, and conspiracy theories, especially online.

That’s why Skeptical Inquirer, the magazine of science and reason, is going to turn up the volume.

Introducing Skeptical Inquirer Presents, live online presentations from leading experts in science, skepticism, medicine, media, activism, and advocacy, all devoted to the cause of advancing science over pseudoscience, media literacy over conspiracy theories, and critical thinking over magical thinking.

Every two weeks, Skeptical Inquirer Presents will bring you a new live event, emceed by the brilliant and hilarious comedian Leighann Lord, co-host of the Point of Inquiry podcast.

And it’s all happening from the comfort of your laptop (or any other screen), wherever you are in the world, because even though so much has been closed down, big ideas can’t be contained in conference halls.

It’s time to flatten the curve of the infodemic. Free registration is required for these online lectures. See below for details and registration, and check back for additional events. 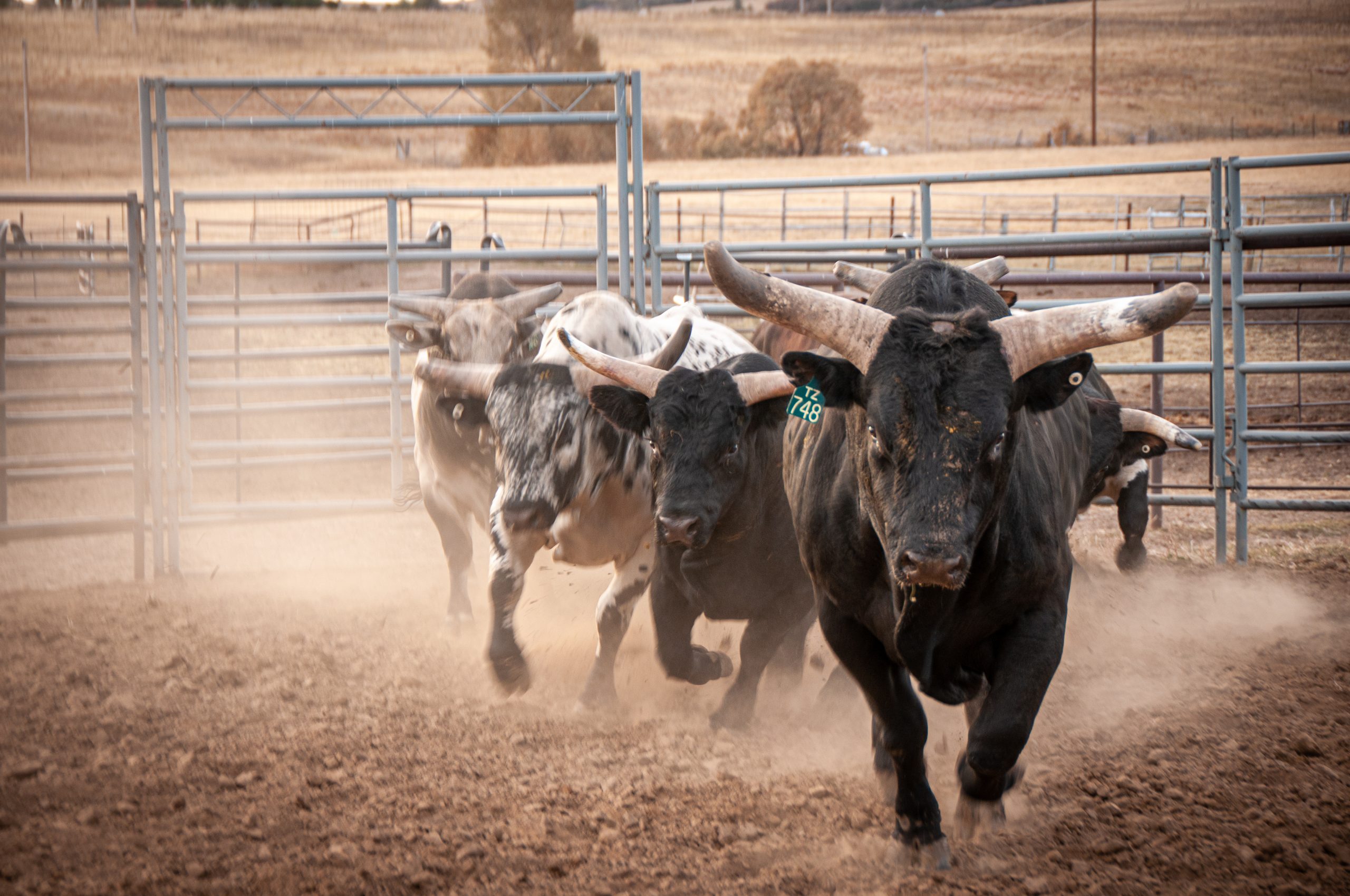 Our beliefs, what we believe to be true, are the most fundamental things to our decisions. Why then are so many beliefs based on bullshit rather than on truth, facts, data, evidence, or established knowledge? I will discuss how lying and bullshitting are distinct behaviors with unique antecedents and unique consequences for beliefs. With a particular focus on memory, I will discuss why it is imperative to understand how bullshit can be more persuasive than lies.

John V. Petrocelli is currently the Scott Family Faculty Professor of Psychology in the Department of Psychology at Wake Forest University. His primary research interests and contributions are in the areas of bullshitting, counterfactual thinking, metacognition, attitude strength, and persuasion. 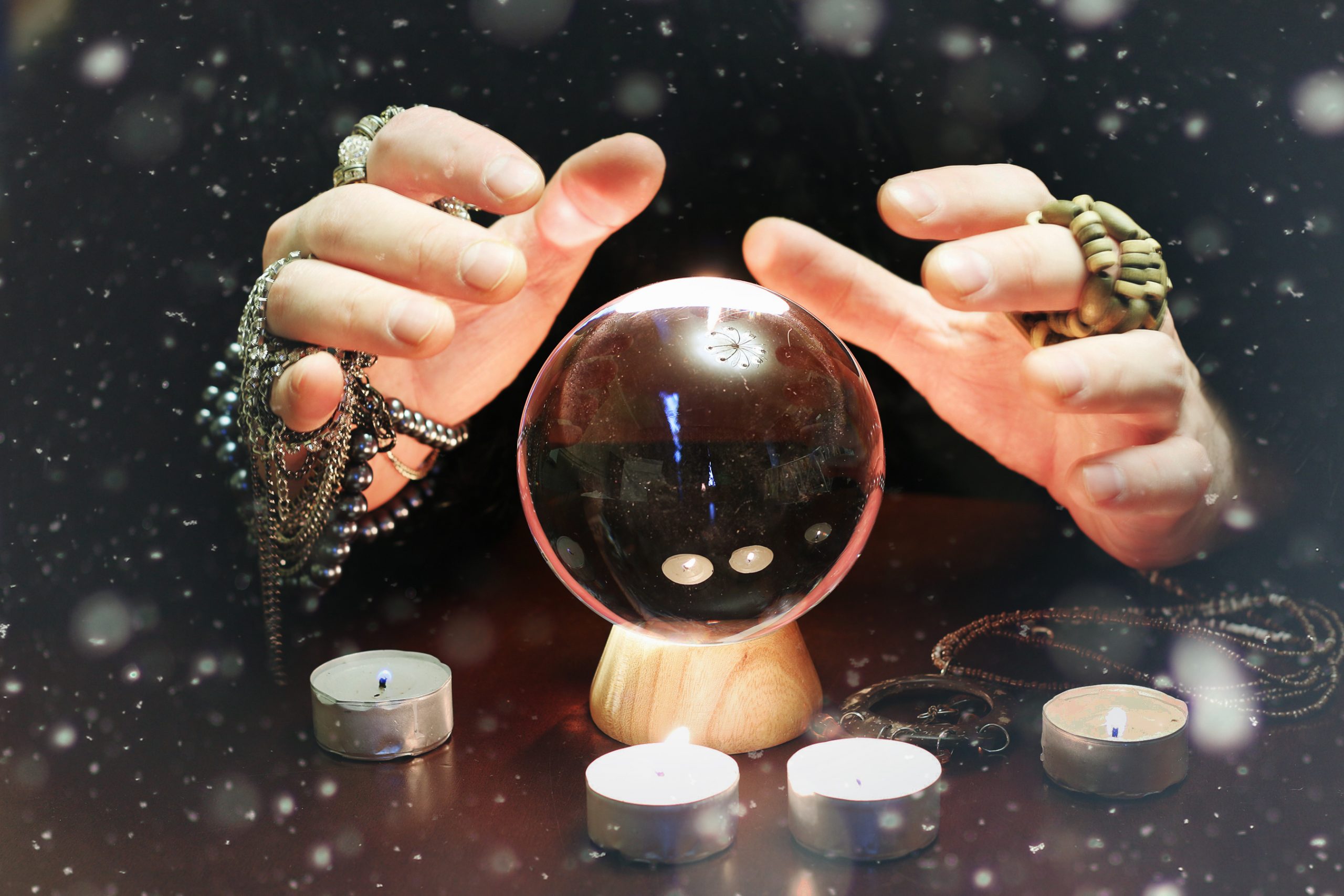 Fortunetelling fraud (aka Psychic Fraud) is a prevalent problem in the world. It is a certain species of fraud whereby self-proclaimed psychics emotionally abuse and financially exploit vulnerable people who are experiencing problems in their lives, bilking them out of billions of dollars each year under the guise of providing assistance. The victims are of any age and background and the problems that the victims are experiencing fall into three general categories; love, money, and health. The crime can be committed in one short operation but is usually committed over a longer period of time, during which, the self-proclaimed psychic convinces the victim to provide greater sums of money in furtherance of the alleged work, culminating with the victim being left emotionally broken and penniless.

Bob Nygaard, a private investigator, builds a criminal case against self-proclaimed psychics who commit fortunetelling fraud in order to cause these con artists to be arrested, charged, and successfully prosecuted. Additionally, he enumerates the impediments that often exist when trying to bring self-proclaimed psychics to justice and the strategies employed in his efforts to protect society and make victims whole. 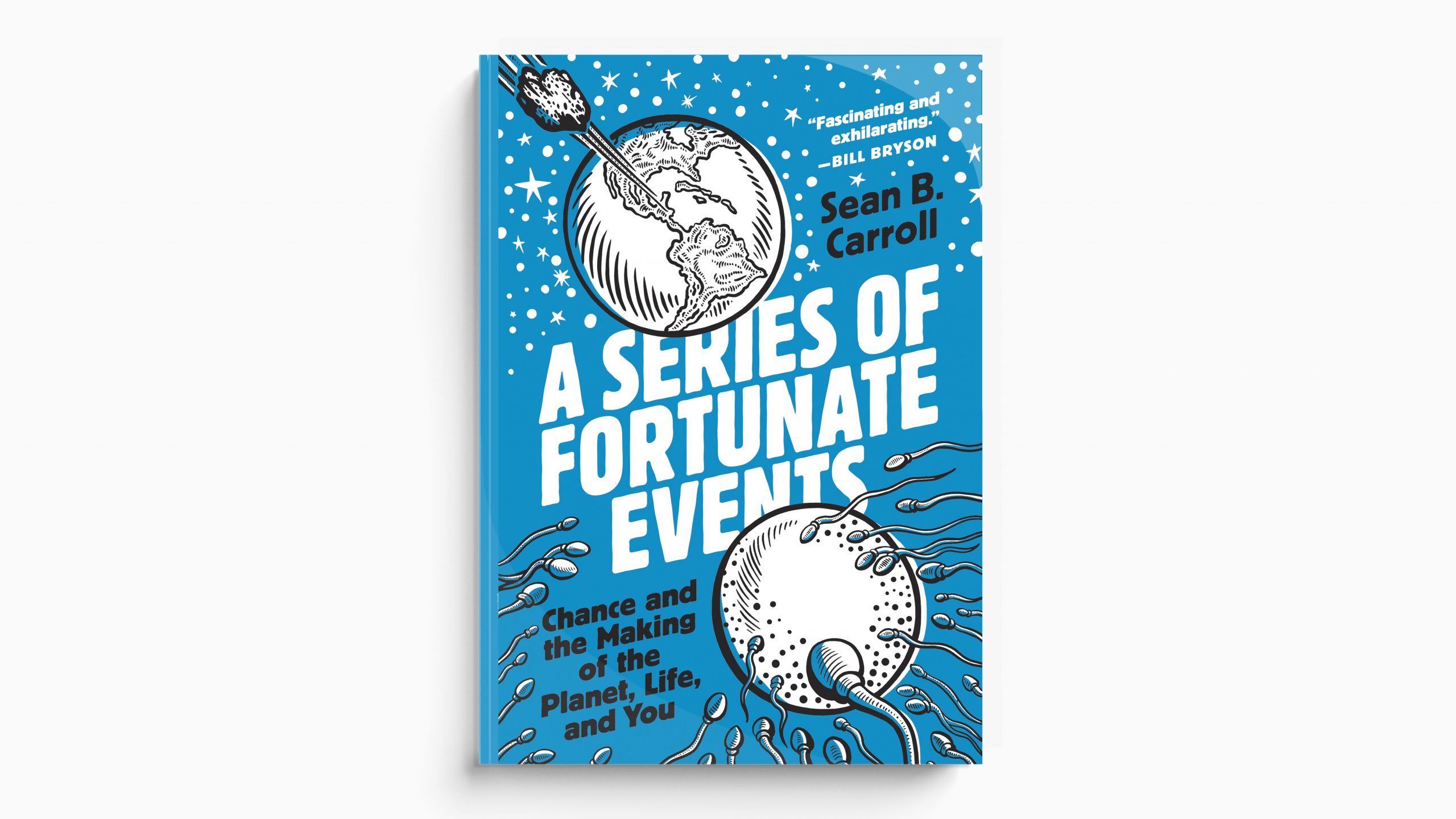 A Series of Fortunate Events: Chance and the Making of the Planet, Life, and You

From acclaimed writer and biologist Sean B. Carroll, a rollicking, awe-inspiring
story of the surprising power of chance in our lives and the world.

"Fascinating and exhilarating—Sean B. Carroll at his very best."
—Bill Bryson,
author of The Body: A Guide for Occupants

Sean B. Carroll is an award-winning scientist, writer, educator, and film producer. He is Vice President for Science Education at the Howard Hughes Medical Institute and the Balo-Simon Chair of Biology at the University of Maryland. His books include The Serengeti Rules (Princeton), Brave Genius, and Remarkable Creatures, which was a finalist for the National Book Award. He lives in Chevy Chase, Maryland. Twitter @SeanBiolCarroll 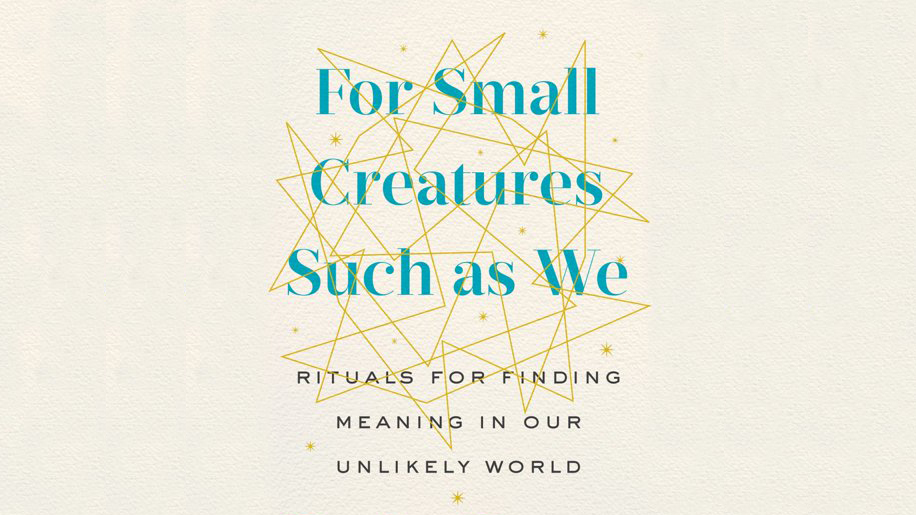 How do we as skeptics navigate life’s rites of passage? How do we celebrate and mourn without the infrastructure of religion? Sasha Sagan, author of For Small Creatures Such As We: Rituals for Finding Meaning in Our Unlikely World explores these questions, and highlights the astronomical and biological roots of many human traditions.

Sasha Sagan has worked as a television producer, filmmaker, editor, writer, and speaker in the U.S. and abroad. She regularly speaks on ways science can inform our celebrations and how we mark the passage of time, inspired in part by the work of her parents, Carl Sagan and Ann Druyan. 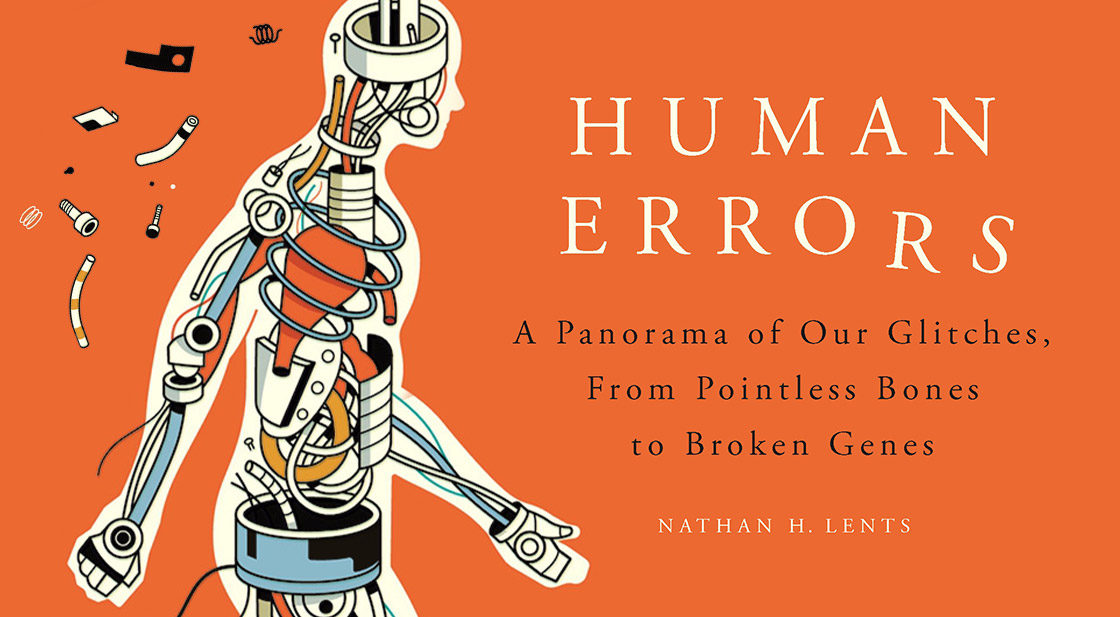 Evolution Only Breaks Things: The Science Denial at the Heart of Intelligent Design

The pseudoscientific movement known as Intelligent Design (ID) does not offer a consistent or cohesive theory of life. Instead, it is a loose collection of criticisms of the supposed shortcomings of modern evolutionary theory. One such criticism is that the natural forces of evolution can serve only to weaken, damage, or destroy molecular functioning, thereby implying that the creative innovation we see in living things can only come about through intentional and supernatural actions. However, a rich body of scientific work detailing how complexity and innovation has emerged through mutation and molecular tinkering followed by natural selection, forcing ID proponents to either ignore or deny this evidence, or retreat to the unassailable, and therefore unscientific position that science cannot prove that mutations were not guided by a supernatural force.

Nathan H. Lents is Professor of Biology at John Jay College, of the City University of New York, and the author of Not So Different: Finding Human Nature in Animals and Human Errors: A Panorama of our Glitches from Pointless Bones to Broken Genes. 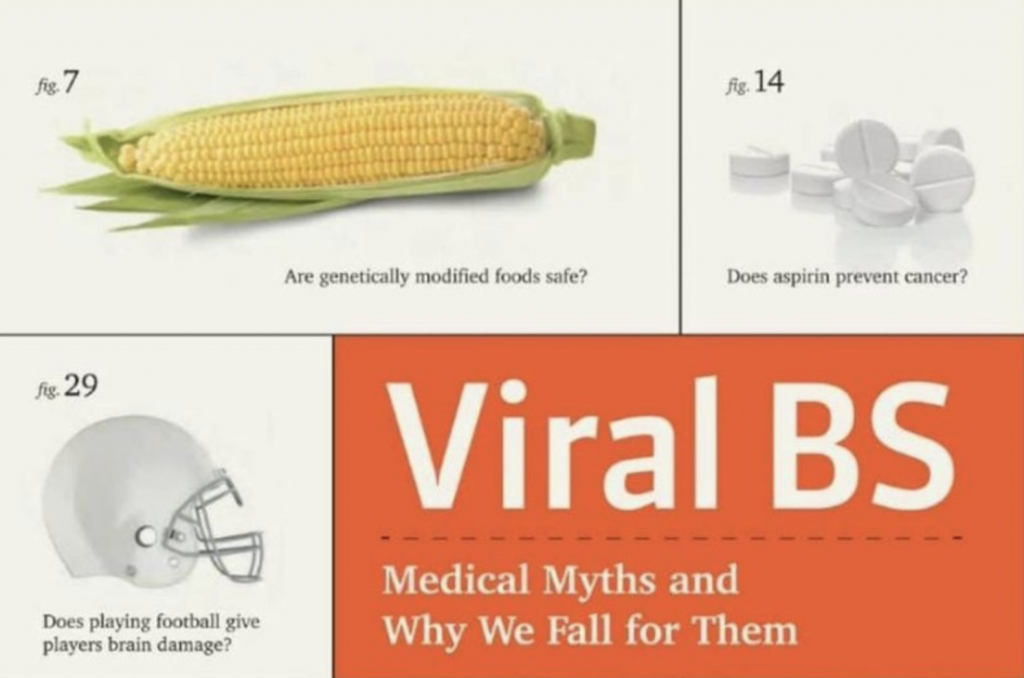 Viral BS: Medical Myths and Why We Fall For Them

Can your zip code predict when you will die? Will testosterone supplements boost your libido? Should you space out childhood vaccines? Does talcum powder cause cancer? Why do some doctors recommend e-cigarettes while other doctors recommend you stay away from them? Health information―and misinformation―is all around us, and it can be hard to separate the two. A long history of unethical medical experiments and medical mistakes, along with a host of celebrities spewing anti-science beliefs, has left many wary of science and the scientists who say they should be trusted. How do we stay sane while unraveling the knots of fact and fiction to find out what we should really be concerned about, and what we can laugh off? 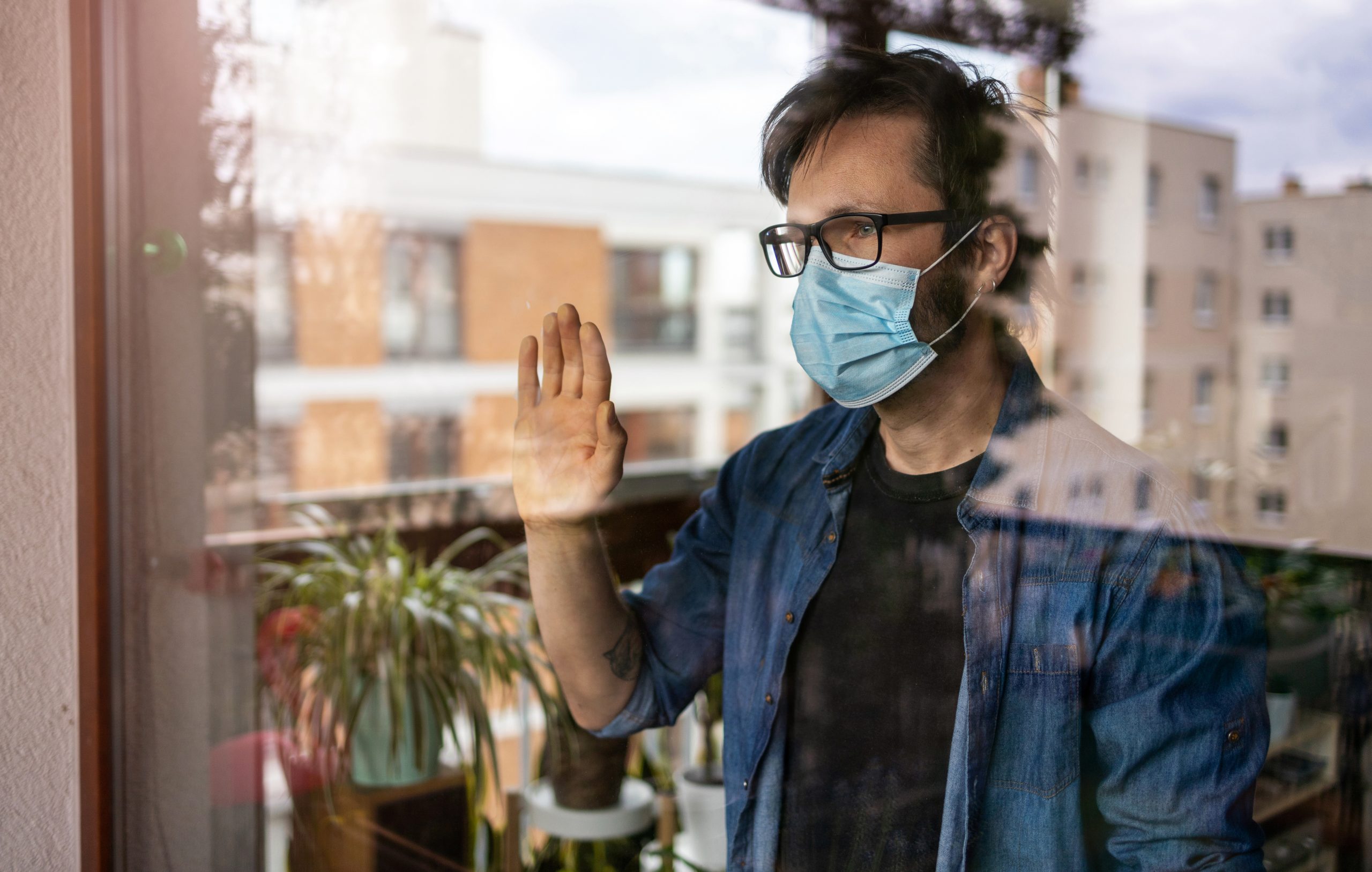 The Role of Cognitive Dissonance in the Pandemic

Cognitive Dissonance is the motivational mechanism that underlies the profoundly human reluctance to admit mistakes or accept unwelcome scientific findings—even when those findings can save our lives. Because of the intense polarization in our country, a great many Americans now see the life-and-death decisions they must make in living in the time of the pandemic as political choices rather than medical ones. This dynamic is playing out among the many people who refuse to wear masks or practice social distancing. While the evidence shows that these methods are the best we have at present to slow and control Covid-19, some people, convinced that the virus is a hoax or that masks impair their breathing or their freedom, would sooner jeopardize their health and everyone else’s than accept that evidence — or admit to being wrong.

Carol Tavris is a social psychologist and writer. Her books include Anger; The Mismeasure of Woman; and (with Avrum Bluming) Estrogen Matters. She has written for the Los Angeles Times, the New York Times, Skeptic, the TLS, and many other publications. She lives in Los Angeles. 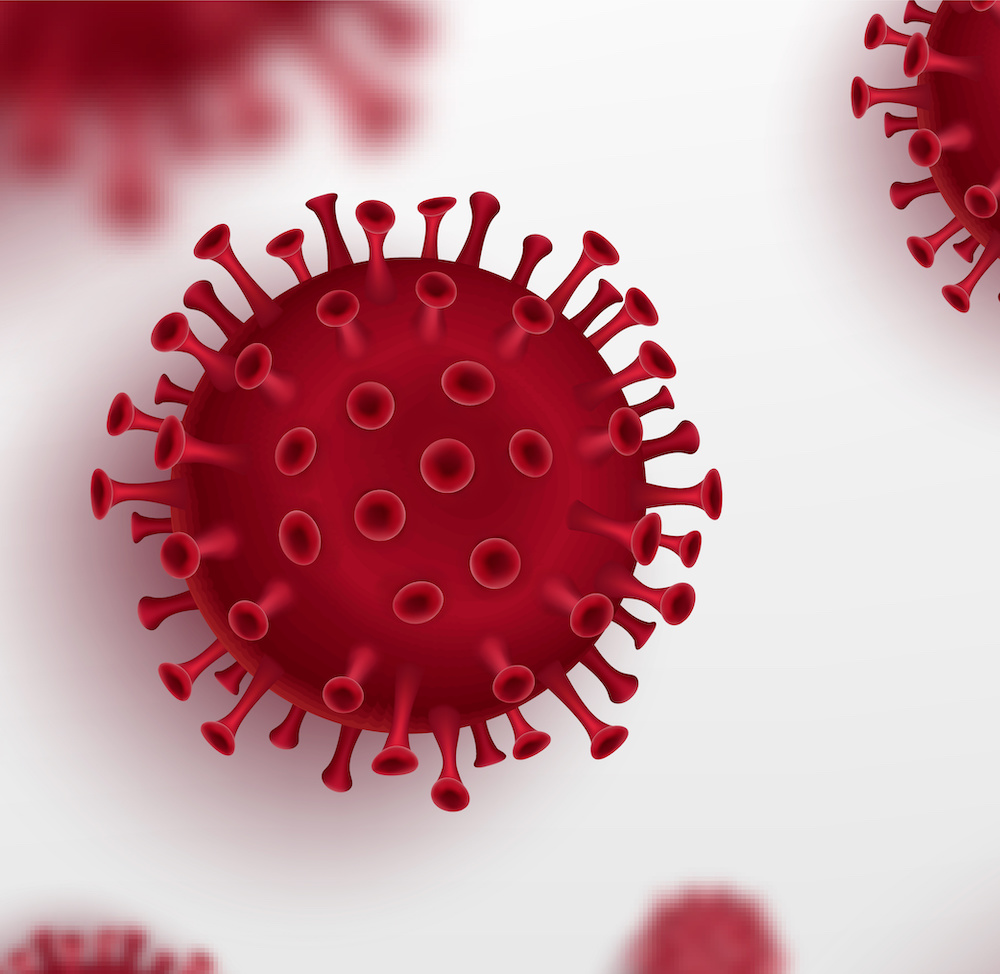 Developing a SARS-CoV-2 Vaccine: Is Warp Speed Too Fast?

We’ll discuss the path to developing a SARS-CoV-2 vaccine with an understanding that most research and development programs for vaccines take about 15-20 years. The expectation, however, is that this vaccine will be developed in 12-18 months. Given that this would undoubtedly mean that steps along the path will be compressed or skipped, will this make for a less safe or less effective vaccine? 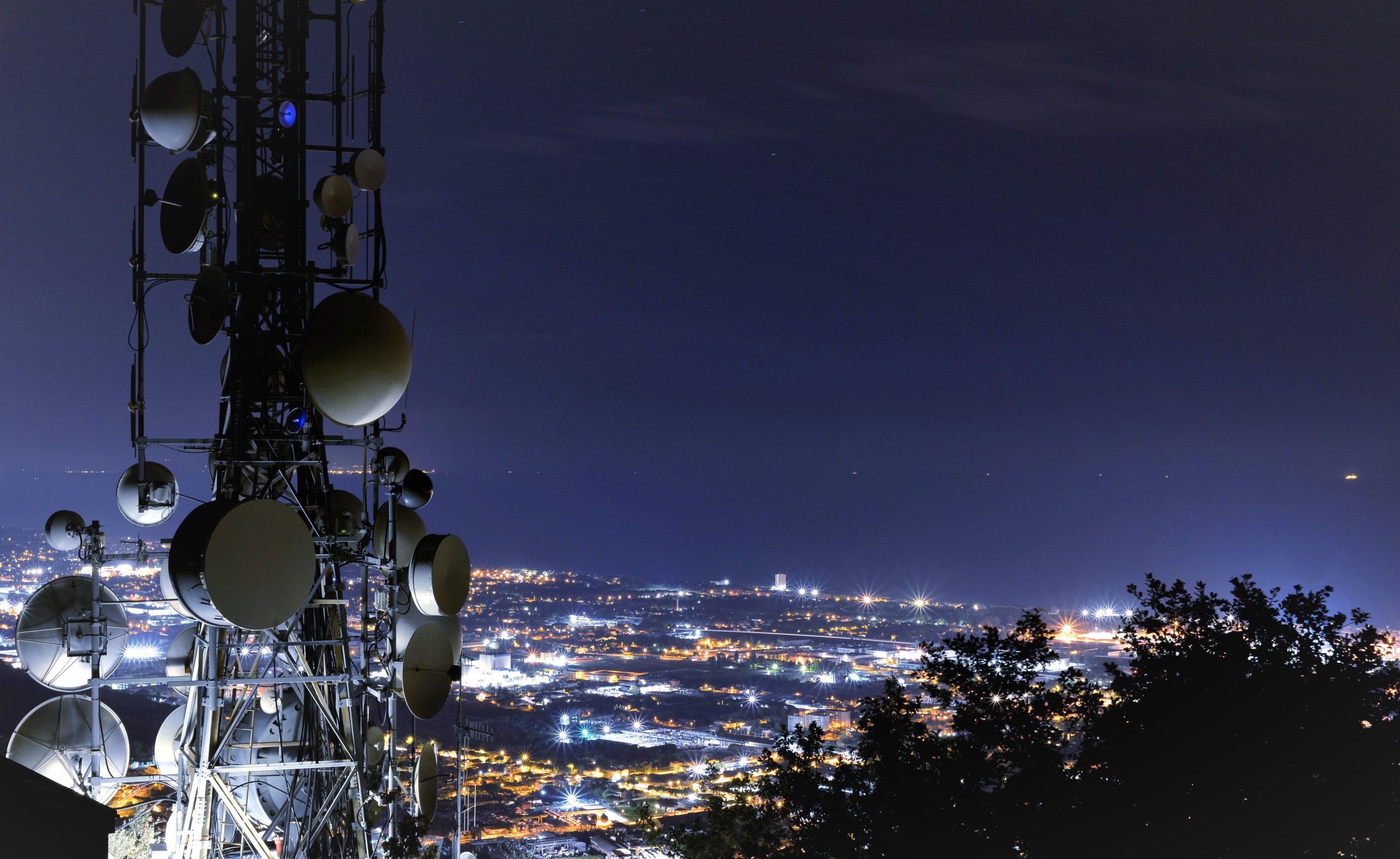 Joseph Uscinski is associate professor of political science at University of Miami and co-author of American Conspiracy Theories (Oxford, 2014).